This is the season for lists, lists and more lists. The year has ended and so has the decade, and, therefore, time to sort the best from the worst, the important from the inane. Just to be ornery, I’ve settled instead on the silliest, as in the 10 silliest books of the decade. My judgement is necessarily arbitrary, as are the criteria. Self-identified fluff—as in chick-lit, genre fiction or pulp novels—are exempt, but not any book with pretensions to value or importance, be it “serious" fiction or that mother lode of foolishness, the self-help manual. That nearly all these books are hugely popular suggests that we, dear reader, may be the silliest of all. 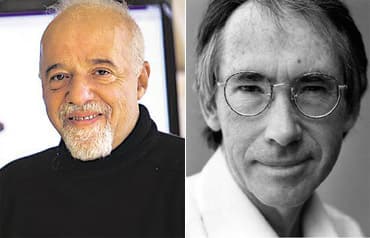 Neatly summarized by the Guardian as “Coelho hurtling toward stupidity as he reaches for wisdom", it includes my favourite Coelho-ism: “Try doing something different every day—like talking to the person on the next table to you in a restaurant, visiting a hospital, putting your foot in a puddle, listening to what another person has to say, allowing the energy of love to flow freely, instead of putting it in a jug and standing it in a corner." How about standing a certain author in the corner and planting our foot on his enlightened butt? That’s different too. 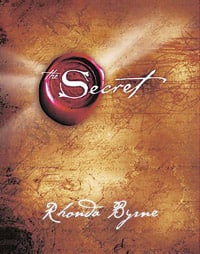 Self-delusion: The Secret is a blend of undiluted narcissism and old-fashioned greed.

The 9/11 attacks claimed a number of unintended victims, including some of the biggest names in literature. Excessive intellectual straining to capture the horror of it all produced the likes of Saturday, a paean to middle-class self-regard in the face of terrorism, war, and the like; its hero, a handsome neurosurgeon, devoted to his tea kettle, Mercedes-Benz and wife. Did you know that thugs intent on raping/killing one’s family can be tamed by the timely recital of a poem? Perhaps McEwan should schedule his next book reading with the Taliban.

Add one part new-age pabulum, two parts undiluted narcissism, blend with a generous helping of old-fashioned greed. The result: An absurdly popular self-help manual touting the virtues of delusion. The book’s recycled theory of wishful thinking is silly indeed, but the real fools are grouchy folk who die of cancer simply because they are too stupid to think “harmonious thoughts".

Twenty-five poorly researched, badly-written portraits of IIM Ahmedabad graduates authored by one of their own. Bansal’s giggle-inducing haiku does little justice to her unlucky exemplars of success: “Deep Kalra is your average Delhi Dude. Deep grew up in a typical private sector home; very comfortable." The book’s redeeming virtue: Bansal makes that other IIM-A grad, Chetan Bhagat, look like Tolstoy. 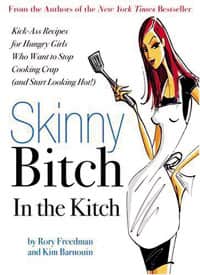 Diet or die: This no-nonsense, tough-love guide has a penchant for verbal abuse.

Need husband, will travel. The success of Eat, Pray, Love seems to have bred an army of aspiring women writers readying their passports in the pursuit of love. While Elizabeth Gilbert’s book is redeemed by her sincerity, Jain’s matrimonial search was clearly a literary gimmick in search of a publisher. It would explain why her witty insights into “new India" are far more compelling than the cringe-inducing moments of romance. Low point: Her efforts to seduce a virginal Sardar by caressing his turban.

When the market is god, mere economists turn into prophets. The first instalment of Freakonomics in 2005 birthed the economic Theory of Everything, whose egregious flaws remained hidden until the release of its 2009 sequel SuperFreakonomics. Linking the legalization of abortion to lower crime rates was cute, but arguing the merits of drunk driving is silly, and the chapter “debunking" global warming, just plain ignorant.

Diet books are designed for desperate folks in desperate times, willing to entertain the most ridiculous advice—and, therefore, perfectly suited to a list such as this. Despite the stiff competition, few can top a “no-nonsense, tough-love guide" with a penchant for verbal abuse doled out by a former model and her agent. Aphorisms to ponder while starving: “If you eat crap, you are crap"; “you need to exercise, you lazy shit"; and “don’t be a fat pig anymore".

Love makes fools of us all, and a spectacular ass of a talented writer in the throes of middle-aged passion. Less a novel than a love letter to his then-girlfriend Padma Lakshmi, Fury reveals Rushdie at his most addled: “Compared to the intoxicating effect of her presence, the bottle of Dos Equis in his left hand was wholly alcohol free." Or better yet: “His was learning her better every day, exploring her as if she were a new city in which he had sublet space and where he hoped one day to buy."

Suburban angst dressed up as high literature lends itself easily to critical acclaim—and ridicule. Behold the deadbeat hipster pitying himself. The New York Times slammed Franzen’s memoir, The Discomfort Zone, as an “odious self-portrait of the artist as a young jackass: petulant, pompous, obsessive, selfish and overwhelmingly self-absorbed", a description that serves just as well for the lead characters in his novel.

He’s Just Not That Into You

Dating manuals are most often a heady combination of misogyny, faux-empowerment and common sense. No one did it better this decade than two Sex and the City writers who urged women to embrace the very many signs of male rejection. If he doesn’t have you on speed-dial, rip off your clothes on the first date, or outright stalk your pretty ass, he’s just not that into you. No man really wants you baby, but you still deserve the best.