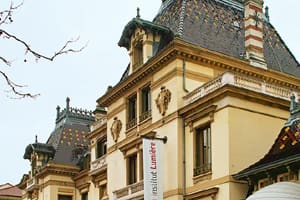 The source: Institut Lumiere, Lyon, is a trove of technical innovation.

The nine-day trip kicked off with a visit to the Lumiere Institute, a screening and one-on-one with Thierry Fremaux, its director, and a lavish dinner at Tetedoie in the gourmet capital of Lyon. As each day unfolded, so did its cinematic and gastronomic delights—a participatory slot at a workshop at the Annecy International Animated Film Festival, a private tour of the Charlie Chaplin House and the Stanley Kubrick retrospective being just a few of its highlights. 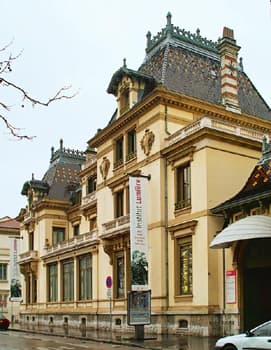 “The groundskeeper of the Chaplin house told us we were probably the last people to see it in its original state as it is now going to be renovated as a fancier museum. The detail with which he explained to us who Chaplin was as a person, his affairs, his thought processes, his life is not something you get even out of books. The tour upgrades you about decades of cinema in one go," she says.

R. Balki, chairman and chief creative officer of Lowe Lintas, says he was all for the tour not merely because it was a cinematic journey, but because he wanted his team to draw inspiration where they could.

“The point is not even the cinematic references of the tour. Advertising professionals are always attending camps and workshops, but you learn best when you are inspired to do so. When people go on holidays they are too busy relaxing to learn and observe. Exposure can influence you deeply. It could be simply a pattern you pick to use in the artwork, or music, or art, or architectural detail, even food. The overall influence is what provides the inspiration for a film-maker to give back to his craft," he says.

Doshi explains that when Alliance Media observed high attrition rates in the advertising film industry often stem from professionals wanting to follow their passions, they devised the ReBoot programme to help nurture that ambition in a way that would allow professionals to give back to advertising while adding to their growth as film-makers.