Get a Glimpse: Film-making

A casting director, an assistant director and a director give us a sneak peak into what makes a movie magic

It is notoriously difficult to get a toehold in the film industry, whether you want to be in front of the camera or behind it. From finding the right story and creating the apt look, to choosing the right actors and perfecting cinematography, film-making is about talent, perseverance, an eye for detail and the ability to keep doing the same thing over and over again until it is just right.

We spoke to three professionals—none of whom have family connections in the Mumbai film industry—to find out how they got that big break and what, according to them, is the secret sauce for success. 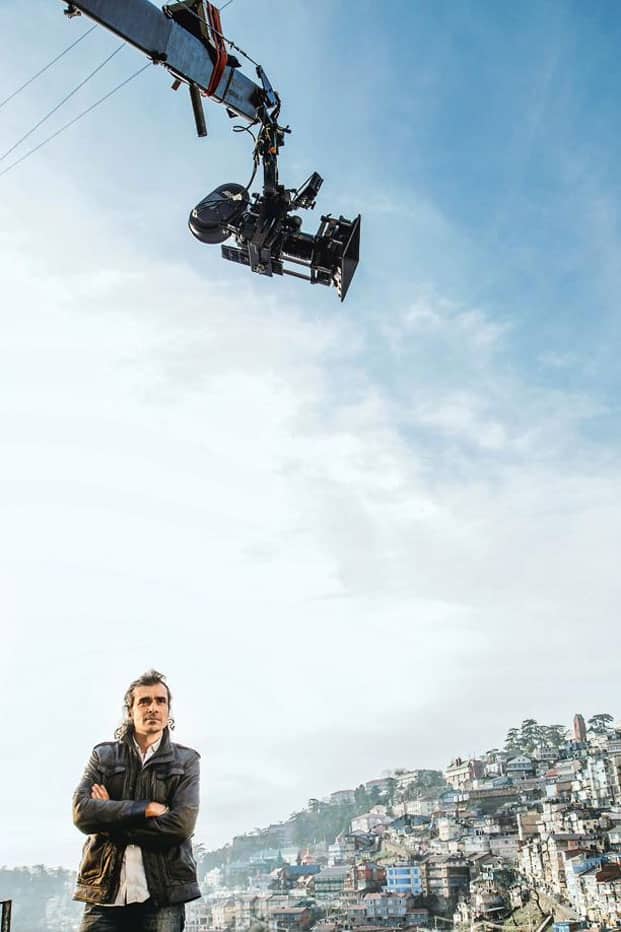 He took the only job he got, as a production assistant at Zee TV channel, in the mid-1990s. He went on to direct two television serials, Kurukshetra (1996) for Zee TV, and Imtihaan (1998) for Star Plus. His big break in Bollywood came when actor/producer Sunny Deol agreed to co-produce his film Socha Na Tha (2005).

Background score: After graduating in English literature from Hindu College, Delhi University, in 1993, Ali headed to Mumbai for a postgraduate diploma in communications from the Xavier Institute of Communications.

A day at work: Ali’s day is dominated by his shooting schedule. When he is filming, he first addresses the specific challenges of the location on reaching the set. “Some things will have to be decided early on, simple things like where the generator will be parked, or which actor needs to be ready first. Then, there will be some or the other calamities that need to be sorted," says Ali, who is currently shooting Tamasha, starring Deepika Padukone and Ranbir Kapoor.

Then, he sits down with the cinematographer, discusses the scene and decides the shots he has to take that day. Next come the actors—Ali has a brief chat with them about the scene before they go off to get ready. Gradually, everything comes together, says Ali, who finds filming the most exhilarating part of his job.

On days when Ali is not shooting, he might be writing scripts. “My characters come from fragments of real people. For instance, it could be a Delhi girl travelling in a bus and talking too much. Or, a girl from a very rich family fascinated at the idea of eating at a dhaba (roadside eatery)," he says. If Ali happens to meet someone on such days, he only talks about the script. “I end up only conversing about what is the concern in the script at that time."

Whenever he can, Ali likes to spend time with his 14-year-daughter, Ida.

Breaking into the scene: “The chance of failure in the film industry is very high. For every Shah Rukh Khan who comes in from the outside and succeeds, there are a hundred people who have gone back 10 years after wasting the best years of their lives. I was not even thinking of making it in the film industry. I was thinking of making money, doing whatever job that was available to me at the time. No two lives can be the same, so how can I advise on what is the best course or how to get a break? If somebody is compelled to take that chance, then so be it," he says.

Money matters: Ali wouldn’t say how much he earns, but for his first film Socha Na Tha, he was paid ₹ 10 lakh to write the script and direct. Background score: After graduating in English literature from the Delhi University in 1996, Shrikent joined the Sophia Polytechnic in Mumbai for a postgraduate diploma in social communications media (SCM) in 1997. The first film she worked on was Govind Nihalani’s Thakshak, followed by Karan Johar’s Kabhi Khushi Kabhie Gham... (2001). In both, she was an assistant director (AD).

Shrikent says casting happened by accident. She was interviewing to work as an AD on Farhan Akhtar’s Lakshya (2004) when his sister, Zoya, suggested she work in the casting department. “It was challenging and very different. I found I enjoyed dealing with people and everything always seemed to fall into place," says Shrikent. Since then, she has cast for films like Life Of Pi and Student Of The Year (both 2012), 2 States (2014) and Dil Dhadakne Do (2015).

A day at work: Casting begins almost as soon as a film is announced, and typically carries on for six months, says Shrikent. As part of her job, Shrikent has to attend script-reading sessions and meet the director to understand the story and the characters.

Generally, a lead star is already on board when a big-banner film is announced. But in certain films, like Life Of Pi, even the lead has to be cast. Shrikent remembers testing dozens of girls for Student Of The Year till Johar suggested Alia Bhatt, whom she then auditioned.

Each film also has a multitude of characters that Shrikent must cast, like the parents of the leads, siblings, even “walk-on (minor) characters", like a watchman or a waiter.

A day at work usually consists of a series of auditions. “I review my database and call in actors for a certain role," she says. At the audition, which takes place in her office, Shrikent first discusses the nuances of the character and the scene with the actor, and then does a trial shoot.

Shortlisted audition clips are then reviewed with the director. Often, selected actors are given a “call back" for a second audition before the casting is finalized.

Breaking into the scene: “Get affiliated to someone big, work for them for free, and if they like your work, they’ll keep calling you," she says. To enter films, you don’t need formal qualifications, but courses like SCM can help you get a foot in the door, she says. “Working in casting gives you a greater depth if you want to get into acting or directing," says Shrikent, who recommends interning in casting. “Find a casting director who works in films you enjoy," she adds.

Money matters: Casting directors can make anything from ₹ 4-18 lakh per film. Just like actors, ADs too need to find a film with a big banner to work on. “It’s very important for your first film to be the right one; this is where you learn a lot, make a lot of contacts," says Sharma, who is from New Delhi.

Sharma had applied to work with director Rakeysh Omprakash Mehra in September 2011, but at that time the production house was not recruiting anyone for Bhaag Milkha Bhaag. He ended up getting a chance to work with Mehra on a documentary on K.P. Singh, chairman of the real estate company DLF. When it ended, the production house offered him a job in the Bhaag Milkha Bhaag unit.

Like most professionals in films, Sharma is hired on a project basis. “It is a difficult industry, people sometimes go without work for months between films," he says. Sharma has been lucky; the breaks between films have been brief. His dream is to direct a “historical film with lots of music"; he has already started working on a script.

Background score: Sharma completed his graduation in media studies from Pune’s Symbiosis Institute of Media and Communication in 2011. Since 2012, he has worked with the film units of Bhaag Milkha Bhaag, PK and Detective Byomkesh Bakshy!. Sharma is currently working with director Abhishek Kapoor on the film Fitoor as an AD.

A day at work: Sharma reports to and assists the first AD who, in turn, works closely with the director. At Fitoor, Sharma’s job is to work with the actors and the different departments, like costumes and make-up. “I read the script and break it into different parts, identify the looks for various actors," says Sharma. He had to organize look tests (where an actor comes in, wears the costume and make-up, and does a trial so that the director can see how close to the character he or she looks) and attend meetings with the director and key crew members, like the cinematographer and the sound director. The team discusses how certain key scenes have to be shot.

Sharma also has to schedule meetings with the cast. For Fitoor, for instance, he had to organize a meeting for Katrina Kaif and Aditya Roy Kapoor to come in ahead of the shoot to read scenes with the director and discuss how the characters are to be played.

On days when the unit is shooting, the hours are long, and it is Sharma’s job to ensure everything is ready according to schedule—like the actors’ make-up and costumes.

Breaking into the scene: “Going to film school is very important because you will get a certain level of understanding films and the processes. There’s Symbiosis, FTII (Film and Television Institute of India) in Pune, which is fantastic, also SRM (Film School) in Mumbai," he says. Sharma adds, however, that it is not necessary to be from a film school to join the industry. “A generic degree in art also works in film-making," he says.

A word of advice: “People feel happy watching a film and think that this is what they want to do, but they don’t understand that film-making can be a very tiring process, and is often about doing the same thing over and over again," says Sharma.

Money matters: As an AD, the monthly salary ranges from ₹ 25,000 to ₹ 1.50 lakh. “Large and well-known production houses often don’t pay very well, but if they like it (your work), they may make your movie at some point," says Sharma.

Every month, we explore a profession through the lives of three professionals at different stages in their careers.