In a brief author’s note appended to his novel Casanova in Bolzano, which raids the figure of the legendary Italian adventurer and womanizer Giacomo Casanova for its own purposes, Hungarian novelist Sandor Marai explains that it was the “romantic character" of Casanova that fascinated him. And indeed, it is the romantic characters in Marai’s own novels, in turn, who so fascinate readers. Grand, vocal, theatrical, idealistic, unstable: This is what Marai’s heroes are like, and their Dostoevskian philosophizing, their insistent desire to make good on old commitments or avenge old betrayals, powerfully suck us in. They are like Krishna in the Bhagavad Gita, always trying to reconcile ideals with action. 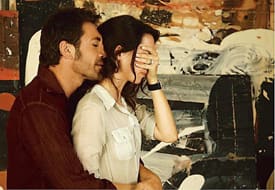 The bad boy: Lajos is like Juan in the film Vicky Christina Barcelona.

What is distinctive about Lajos, as compared to other protagonists in Marai’s works, is the extent to which Marai goes to establish Lajos as an unsympathetic character. It is as if the author is following the lead of his own characters, and working himself into a difficult corner. After Vilma’s death, we are told, Lajos gave an expensive ring of hers to Esther, asking her to keep it in her custody as a family heirloom. But now it is revealed to Esther that the ring is a fake: Lajos sold the original one to pay off some debts and gave her a copy.

And so Lajos does arrive, with an entourage of people in tow, his energy dimmed in old age, but still recognizably the same Lajos. And remarkably, he feels that it is not he who owes Esther something, but Esther who owes something to him even after all that has happened. He offers a defence of his past actions and urges Esther to overcome her own native reticence, as “there may be occasions to speak, when one should not remain silent".

These booming verbal encounters between old, brooding adversaries—the way in which entire lives are summed up into a day, into the ferocious tussle of a few hours—are the inevitable climax of Marai’s narratives. Although Esther’s Inheritance is a slighter and less rewarding work than its great predecessors, there is still much in it to savour.