Are Indian TV heads getting it all wrong in their permanent guessing game? An extract from a new book about television and modern India

Is there any connection between a long forgotten US battleship that blew up in the Havana Harbour in 1898 and the current state of Indian television? Actually, quite a lot. When the USS Maine inexplicably blew up at the height of tensions between the USA and Spain, then masters of the colony of Cuba, the newly emerging American media barons—having just embarked on a contest for readership as bitter as the current war for ratings between India’s TV networks—saw a fantastic opportunity to capture paying readers by rallying them to the flag. Enmeshed in a battle for supremacy with Joseph Pulitzer’s newspaper, The World, William Randolph Hearst’s daily, New York Journal, immediately argued, without much proof, that a Spanish anti-ship mine had destroyed the Maine and its 262 sailors. Nothing quite matches a bout of self-righteous hysteria about the ‘enemy’ to draw in patriotic audiences and Hearst, who created America’s largest newspaper chain, understood this better than most.

He had, after all, dispatched reporters to Cuba to write on alleged Spanish atrocities. One of these reporters, finding no evidence, cabled back, ‘There is no war … request to be recalled.’ Hearst famously replied: ‘Please remain. You furnish the pictures, I’ll furnish the war.’

Most historians agree that the months of holier-than-thou press jingoism that followed finally forced the US-Spanish war that would engulf the Philippines, Puerto Rico, the Caribbean, Guam and, of course, Cuba. It was a war that would end Spanish colonialism and change the history of these countries, but the American decision to start it was intrinsically rooted in the no-holds-barred journalism and battle for eyeballs that the newly minted media barons inaugurated.

Decades later, revisionist American naval historians concluded that the USS Maine probably sank from an internal explosion caused by the combustion of coal kept next to an ammunition magazine, but the combination of an aggressive media looking to capture readers with a new muscular nationalism and a suspicious explosion meant that such subtle explanations were easily ignored at the time with profound social, political and global consequences.

It is a story with useful pointers for those who are constantly puzzled about the bizarre loudness of Indian television: its over-the-top breathlessness, its ‘Do aliens drink cow milk?’ kind of exclusives and the exaggerated gaudiness of its soap operas. We have our own special brand of madness but history tells us that there is nothing particularly unique about the proclivity of Indian television producers to race to the bottom as they hunt for the depths of their viewer’s souls. Were Hearst to visit an Indian TV news station today, he would probably not be surprised at all to see the deliberate desperateness of the drums of war that are beaten virtually every day and the resultant hysteria in the hope that somehow, anyhow, the viewer would stay on for just those few extra seconds. 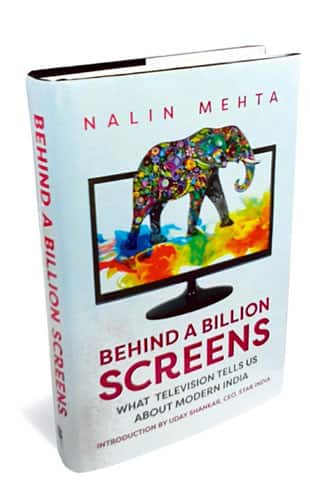 That does not mean that India will repeat the US experience, where an age of excess eventually gave way to a more structured evolution of rules and norms by the 1930s, both in the media and in the larger world of business, especially after (Franklin D.) Roosevelt and his New Deal. It does mean though, that India does not necessarily have to fall into the same traps and blind alleys and can learn from the comparable mistakes of others instead of reinventing the whole wheel all over again.

Such stories may help us better understand the broader landscape of media industries, but do they really help in unravelling what is going on? Content is the point of television, but paradoxically also the first to be cut in any channel’s budget when times are tough.

Is there really no market for intelligence in India? Is dumbed down content the only thing that audiences want? Are the people who run Indian TV channels really as strategically smart as they think they are in commissioning the kind of content they put out? Or are they getting it all wrong in a permanent guessing game for the viewer’s attention? Why do they continue to behave like the Bollywood producers of the 1980s who faithfully kept churning out the same tired old formula films that kept the cheap front benches of cinema halls humming until a new multiplex-savvy breed of filmmakers started challenging old orthodoxies? Is there a talent problem here or a management problem, or both? Or is it way more complicated than that?

Most TV channel managers are so obsessed with just keeping their channels afloat that they almost don’t seem to be noticing that their audiences are disappearing. Their social contract with their viewers, which is at the heart of any market expansion, has long been stretched beyond breaking point and new technologies are driving many companies further and further into irrelevance. What explains it?

A tale of two ‘Satyamev Jayates’ 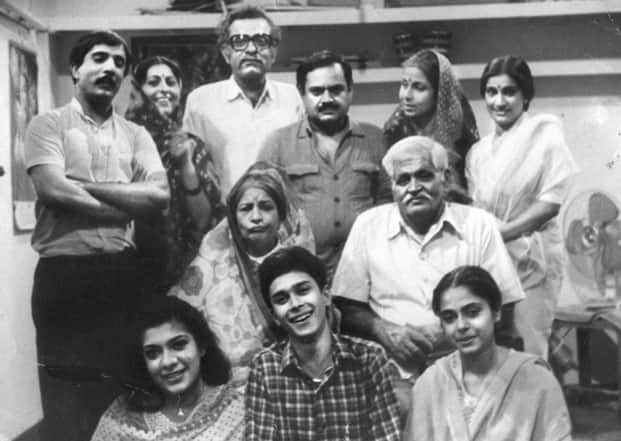 Blending an Oprah-style format with the do-good conscience of Rajni and the preachy didactic instincts of Hum Log, this was a commercial channel attempting to return public service broadcasting to prime time television while making it mainstream and saleable as well. But how many advertisers would buy a show on female feticide, dowry burning, child sex abuse? There was a reason why Star kept the show’s contents secret even from its advertisers till the very end: they were simply told, ‘it’s an Aamir Khan show: trust us.’

Star TV CEO Uday Shankar’s grand gamble on Satyamev Jayate was built on a series of small gambles: the slot (Sunday mornings), the simulcast on rival networks (Doordarshan nationwide and competitor ETV in Andhra Pradesh) and all Star language channels, and the biggest of all on the content (the worst social problems that plague India). Others have done this kind of programming before but to do it on this scale—with this level of financial might and with such ambition in the gilded world of big television where copycatting the latest hit idea is the safest career strategy—was a risk like no other.

And it threw up some surprises. By the time it finished Season 1, Satyamev Jayate had garnered over a billion digital impressions from 165 countries and over 5,400 cities. Some of these came from places as diverse as Djibouti, the Isle of Man, Cayman Islands, Seychelles, Sierra Leone and Papua New Guinea. The Geneva-based World Information Tracking, which tracks TV shows online, reported that Satyamev Jayate was the most talked about show on social media worldwide in its debut month of May 2012. It top-trended on Twitter on each Sunday that it was aired in India, and four episodes—on female feticide, child sex abuse, marriage or marketplace, people with disabilities—trended worldwide. Its overall ratings were not spectacular but decent enough, though they dipped as the show went on.

Its real success, however, lay in once again establishing a new moral standard in broadcasting, in trying to revive the conscience of television: one that gets destroyed on a weekly basis at the altar of the ratings. It is no accident that the 2014 version of Satyamev Jayate—with its ‘Mumkin Hai’ (It’s Possible) branding—actively built on the surprise lessons of 2012. It extended the original formula of do-good programming and audience chats to the next logical step: marrying it with a live audience, real-time analysis of social media conversations and a real news anchor to coordinate the show with Aamir Khan. If Season 1 was Rajni meets Hum Log, Season 3 was Barkha Dutt meets Aamir Khan meets Twitter—except that Barkha here was being played by ABP News anchor Dibang.

This much is well known. What is not, is that Satyamev Jayate had a much less-known ancestor. Aamir Khan’s Satyamev Jayate was not the first, but the second time that Uday Shankar had commissioned a socially committed programme by the same name. His first Satyamev Jayate dated back to his previous job as CEO of the Star News channel and started life as a serious-minded prime time news show in 2006 before sinking without a trace. Between the ignominious demise of the first Satyamev Jayate and the grand aura of its second incarnation with Aamir Khan hangs a revealing tale that sums up all the problems that plague television and its content in India.

Aamir Khan’s star power and Uday Shankar’s bagfuls of money in his second wind at Star were not the only difference between the two avatars of Satyamev Jayate; their life histories point to something far more visceral, far more fundamentally disturbing at the heart of Indian television.

Excerpted from Behind A Billion Screens: What Television Tells Us About Modern India, with permission from HarperCollins India.