This international festival will showcase a host of breathtaking performances, including Where Has My Nani Gone? (India), Hanging By A Thread (Italy), and Meeting (Tunisia).

Art | In The Round 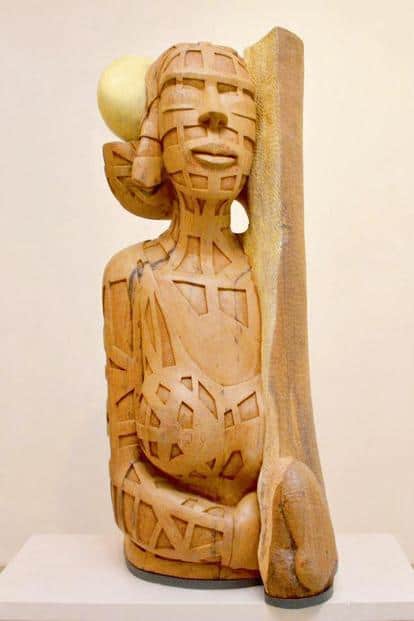 The French Institute is organizing an aerial dance performance by the Transe Express company. The show is inspired by childhood memories of the carillon, or a music-box with a set of bells.

This festival aims to highlight the significance of the Aravalli range. The photo-exhibition, which features more than 130 images by photographers such as Ankur Dutta, Manu Yadav, and Mohit Agrawal, pays tribute to a range that has withstood the onslaught of time.

Girish Karnad’s new play is a dramatic monologue about a priest whose love for a courtesan sees him transgressing the boundaries of his dharma and bhakti.

The exhibition will comprise works by artists such as Ali Akbar Mehta and Madhvi Parekh, in any form other than squares, rectangles and triangles.

On the 96th birth anniversary of Padma Vibhushan awardee S.H. Raza, Art Musings is showcasing his paintings as part of the ongoing Raza Utsav, in association with the Raza Foundation,

This Italian opera by Gaetano Donizetti, about a miraculous potion that can make people fall in love, is set in 1836. Italian, with English subtitles.

Art | Only The Mind Cannot Be Sent Into Exile

Veer Munshi’s seven mixed-media installations, which reference Kashmir in both philosophical and figurative contexts, express his sadness at displacement.

Inspired by real events, Neel Chaudhuri’s play unfolds after an incident at an airport between two strangers. The play expresses the shifting perspectives and formats of communication. English. 1 hour, 30 minutes.

The US consulate general in Kolkata will host this concert, a cultural collaboration between youth from Bangladesh, Nepal and India.

Art | A Glorious Journey Through Neo-primitivism

Apparao Galleries is exhibiting the work of artists such as Ganga Singh and Bhavana Sonawane. There are 30 mixed-media works on display.

Around town | Festival Of Goa

The festival will celebrate Goa’s culture with its jagaar, mussal and dhangar folk dances and crafts such as coconut-shell items, terracotta, pottery and lacquerware.

The Kalakshetra Foundation is presenting a festival of traditional dance and music, with productions from Kalakshetra and renowned Carnatic artists.

Theatre | Aruna And The Raging Sun

The acclaimed performance companies Graeae (UK) and La Fura dels Baus (Spain) will present Aruna And The Raging Sun. The production involves 100 performers, including those with disabilities.

Maa Ooru (My Village) is a documentary by B.Narasing Rao about his village. Akruthi, looks at rock formations, highlighting Rao’s nature love.