When the line-up for last year’s NH7 Weekender was announced, there was one name that caused a small but definite flutter. It was the inclusion, in a festival known for its indie leanings, of someone who has composed nearly all his music for Bollywood movies. Yet, there it was: Amit Trivedi to headline the Dewarists Stage. After seeing his set during the festival’s Pune leg, Lalitha Suhasini, editor of Rolling Stone India, fired off a worried blog post. While admitting that Trivedi was a “fantastic composer" and that some 8,000 people turned up to listen to him, she lamented: “If anyone ever needed more proof that Bollywood reigns supreme, then it was here."

When I asked Vijay Nair, head of Mumbai-based event and artist management company Only Much Louder, which organizes NH7 Weekender, why the festival lent its stage to a film composer, he argued that Trivedi was almost like an independent musician in Bollywood. “Even if kids are into rock or electronic music, (Trivedi’s) the one person whom they like. You can see that his influences come from outside Bollywood. He was an easy choice." There’s a cellphone video from Trivedi’s Pune set that is up on YouTube, a performance of Ha Raham (Mehfuz) from his first film, Aamir. I wouldn’t have bet on any crowd—let alone an indie fest one—knowing the song, but everyone is clapping in time, singing along, swaying to the music.

Is Trivedi that giant circus tent under which music fans of different feathers can gather? It’s true that he’s the first composer since A.R. Rahman to appeal to a broad swathe of music listeners while maintaining the integrity of his sound. Metalheads can thrash about to Emotional Attyachar and Dilli. Mainstream rock fans can sway to Aazaadiyan and Kinare. More experimental listeners can wrap their heads about genre-bending soundtracks like Luv Shuv Tey Chicken Khurana. And for those who desire nothing more than a dance-floor-ready Bollywood thumper, there’s Gal Mitthi Mitthi Bol and London Thumakda. Trivedi has worked with Bengali influences in Lootera, and Gujarati in Kai Po Che! Sometimes, it’s all done within the space of a song. Badri Badariya, composed for Coke Studio @ MTV, moves seamlessly from rock to Rajasthani folk to jazz scatting.

Trivedi’s pre-eminence in the industry today is so complete that it’s easy to forget that he’s only been doing this for some eight years. That’s nothing in the life of a Hindi film composer: Shankar-Jaikishan worked together for 20 odd years, R.D. Burman’s career spanned more than three decades. Even Rahman, Trivedi’s hero, has nearly completed a quarter-century in film. Will people be humming Shaam 20 years down the line, the way they still do Chhoti Si Aasha? It’s impossible to say, of course, though of all the composers working in Hindi film at present, 36-year-old Trivedi seems to have the best shot at longevity.

I met Trivedi on a rainy Saturday afternoon at his studio in Andheri (West), Mumbai. He’d been working since morning, and was now in a meeting with lyricist Irshad Kamil. As I waited, I looked around the room and noticed framed silhouette drawings on the wall. They turned out to be scenes from Mozart operas. My mind jumped to an ill-advised comparison—Trivedi as tuneful Mozart to Rahman’s blustery Beethoven. But this juxtaposition seemed to fall apart as quickly as it suggested itself: neither Rahman’s nor Trivedi’s music lends itself to such simplistic categorization. It further disintegrated when Trivedi said that the panels were a gift and that he wasn’t a particularly devoted listener of Mozart. 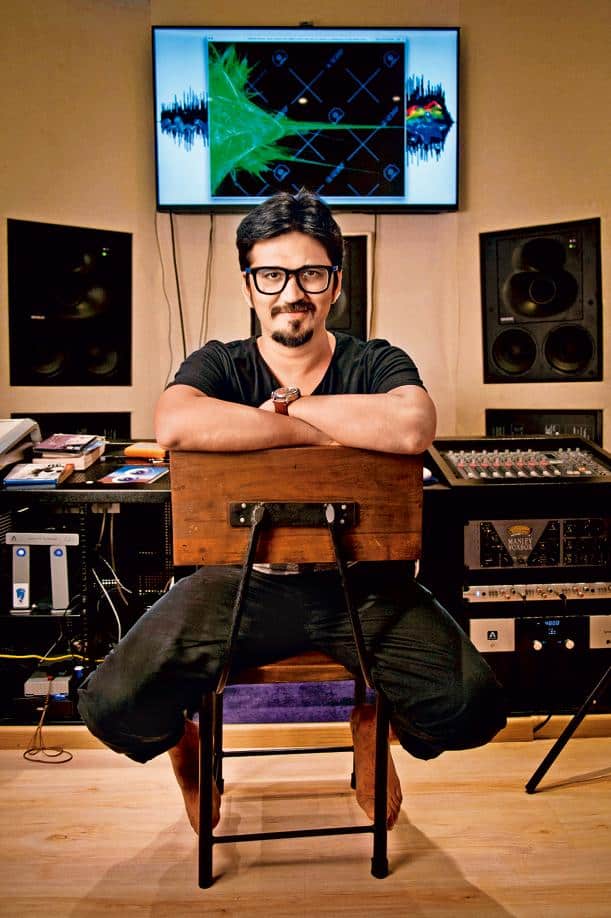