The journey of Abdur Razzaq

The journey of Abdur Razzaq

In the past six months, this page about old-time travel writing has focused almost exclusively on British writers of the late 18th or 19th centuries. This was not a conscious decision, but something which arose out of convenience: There were simply more books written in that period.

Sailing technology had progressed to an extent that vast numbers of people could go to far-flung places, and literacy rates were high enough to ensure that books about where they had been would find buyers.

But the years before the 18th century had travellers and explorers—and travel writing—too. Generals, missionaries or ambassadors would bring in details of the places they had visited between descriptions of military tactics or religious practices. Sometimes the person doing the writing wasn’t the one doing the travelling. 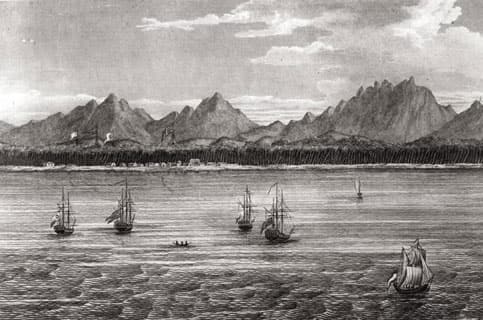 Today’s book came a hundred years after Ibn Battuta’s. In 1441, Shah Rukh of Persia sent Kamal-ud-din Abdur Razzaq as an emissary to Vijayanagar. Abdur Razzaq wrote his travels in the Matla-us-Sadain wa Majma-ul-Bahrain, or The Rise of Two Auspicious Constellations and the Confluence of Two Oceans, which was translated into French—and then, in 1855, the translation was translated into English by R.H. Major. It is excerpts from this translation that follow below.

Abdur Razzaq was a reluctant traveller, who left Herat only at the order of his monarch, and who swore in his travelogue that he would never make a voyage again.

He had his reasons—his brother died on the passage to India, and he himself was caught up in court intrigues that nearly killed him.

But his narrative is fast-paced and exciting, and his vow to stay at home once his journey was done is a loss to readers. Razzaq’s descriptions of China, or the Spice Islands, could have been great fun. Unfortunately, they were never to be. 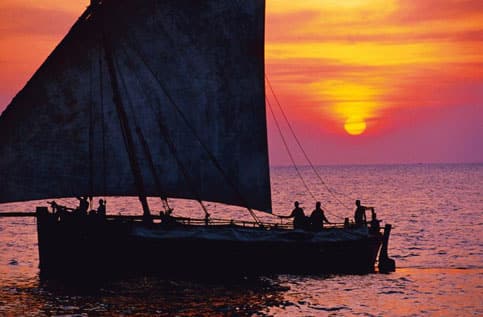 The Victorians aren’t the only ones to do racism

As soon as I landed at Calicut I saw beings such as my imagination had never depicted the like of.

Extraordinary beings, who are neither men nor devils/At sight of whom the mind takes alarm/If I were to see such in my dreams/My heart would be in a tremble for many years/I have had love passages with a beauty, whose face was like the moon; but I could never fall in love with a negress.

In the good old days, people from the Gulf would go to Kerala

Calicut is a perfectly secure harbour, which, like that of Ormuz, brings together merchants from every city and from every country; in it are to be found abundance of precious articles brought thither from maritime countries, and especially from Abyssinia, Zirbad, and Zanguebar; from time to time ships arrive there from the shores of the House of God and other parts of the Hedjaz…

Security and justice are so firmly established in this city, that the most wealthy merchants bring thither from maritime countries considerable cargoes, which they unload, and unhesitatingly send into the markets and the bazaars, without thinking in the meantime of any necessity of checking the account or of keeping watch over the goods.

The care of the elephant

Although the king possesses a considerable number of elephants in his dominions, the largest of these animals are kept near the palace, in the interior of the first and second fortress, between the north and the west. These elephants copulate, and bring forth young. The king possesses one white elephant of an extremely great size, on whose body are scattered here and there grey spots like freckles. Every morning this animal is led out before the monarch, and the sight of him seems to act as a happy omen. The elephants of the palace are fed upon kitchri. This substance is cooked, and it is taken out of the copper in the elephant’s presence; salt is thrown on it, and fresh sugar is sprinkled over it, and the whole is then mixed well together. They then make balls of it, weighing about two man, and, after steeping them in butter, they put them into the elephant’s mouth. If one of these ingredients has been forgotten, the elephant attacks his keeper, and the king punishes this negligence severely. These animals take this food twice a day...

The mode of catching the elephant is as follows. On the road which the animal takes when he goes to drink, they dig a trench, and cover the mouth of it over, but very lightly. When an elephant falls into it, two or three days are allowed to elapse before any one goes near him. At the end of that time a man comes and strikes the animal with several blows of a stick well applied: upon this another man shows himself, and violently drives away the man who struck the blows, and, seizing his stick, hurls it a great way off; after which he throws some food to the elephant, and goes away. For several days the first of these men comes to beat the elephant, and the second prevents him from continuing to do so. Before long the animal becomes very friendly with this latter individual, who by degrees approaches the elephant, and offers him fruits, for which this animal is known to have a liking. He then scratches him and rubs him, and the elephant, won over by this manoeuvre, submits without resistance, and allows a chain to be passed round his neck.

The English translation of Abdur Razzaq’s travelogue can be found in India in the Fifteenth Century, compiled by R.H. Major, and is available on Google Books for free download.