Home > mint-lounge > A Free Man | A window in the wall

A Free Man | A window in the wall

A Free Man | A window in the wall

There is, or was, a popular romance to outsiders’ notions of the working poor. It fuelled some of Amitabh Bachchan’s most stirring films. Those had their inconsistencies, their disingenuities, but there were others who sifted through the grinding ironies of urban poverty more carefully. Poet Kaifi Azmi, who worked for decades among Mumbai’s labourers, in their informal settlements, wrote his legendary Makaan (The Mansion) about the flaws in the machine.

Ban gaya qasr to pehre pe koi baith gaya/So rahe khaak pe hum shorish-e-taameer liye (Palaces made, others set to guard them/While we slept on the dust, in the cacophony of construction). Sab utho, Azmi wrote in the same poem, declaiming from the midst of the crowd. Sab utho, main bhi uthooon, tum bhi utho, tum bhi utho (Rise, all; as I rise, so also you, so also you). 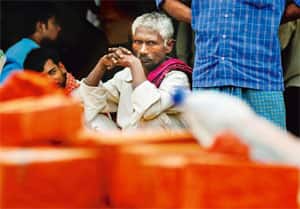 This is partly why Aman Sethi’s astonishing A Free Man breaks fresh ground. Sethi spent five years with the daily-wage workers of Kaka’s tea stall and Kalyani’s illegal bar, located in and around Sadar Bazaar, “the largely empty space between the backpacker haven of Paharganj and picturesque Chandni Chowk". They are part of the massive economy of a city in the middle of a construction boom.

“I want to understand the mazdoor ki zindagi (the workers’ life)," Sethi tells Mohammad Ashraf the safediwalla, or painter, who becomes the central figure in the book. Ashraf, taking him at his word, leads him through the vagaries of urban poverty. The employment is uncertain; money is hard to earn and even harder to save; there is a constant low-grade fear of the criminal conspiracies to press-gang workers into nefarious schemes, including organ-selling and bonded labour in north Indian hinterlands; and the more immediate danger of police and municipal watchdogs. 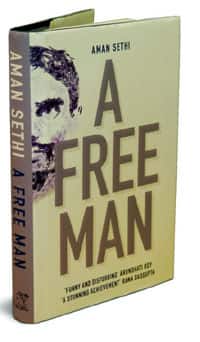 The mazdoors, with their variety of trades, paper over Delhi’s cracks; but it takes little to fall through them themselves.

These are not the workers’ narratives to which we are accustomed. Who is Mohammad Ashraf Did he spend it working? Where? As what? What came next?

Sethi asks these questions constantly, trying to piece together a working chronology. He is led, instead, to chart the undercurrents of this life, marked not so much by its journey through India—Patna, Kolkata, Hyderabad, Mumbai, finally Delhi—but by its psychological states. The mazdoor’s azadi—bound up, so delicately, in the idea of an azad Delhi, a free city—struggles with a concomitant akelapan, a bone-deep loneliness. The dead lawaris’ history is bleakly erased. But the ajnabi, the stranger who remembers every road he has travelled in his life but no longer recognizes the place where he arrives, faces another kind of limbo altogether.

Sethi’s reportorial integrity in writing about this inner no-man’s-land makes this book truly original. He shapes the book, but his control over the text is as muted as it is taut. He has his moments of gonzo indulgence, such as this: “A short man knows the limits of his body, the extent of his reach…unlike the tall man, he holds no illusions regarding his abilities or his dimensions; he will never overreach," he rhapsodizes, riffing off a description of Ashraf’s stature. (Biographers of actor Aamir Khan will probably take this to heart; biographers of Napoleon Bonaparte would laugh.) But these are few, and forgivable.

He chronicles the minutiae that make up the labourers’ lives: the boiled eggs, the too-sweet tea, the varieties of raw alcohol that can zero out a day’s earnings in hours. These come in trim asides to the running conversation, drawn out chapter over chapter, about just who Ashraf is. It circles around his past, acknowledges the gaps in his present; time and space both become unreliable as we zigzag through a Delhi that men like Ashraf and his comrades are building, hand over fist.

Free of all attempts at arranging facts into grand narratives and people into characters, his book is the most humane work of journalism I have read this year.

That is to Sethi’s credit, but his book allows that its compulsive readability belongs to the people of whom he writes. Ashraf is not just the protagonist of his story; he is the story. His best responses are as quotable as movie dialogue (his most formidable-looking paintbrush is also his most useless, but it attracts custom, so he holds it in plain sight when looking for work. It is, he says, his condom: “On TV you may stand next to Shabana Azmi and promise to use it, but you know you never will").

Tum bhi utho, tum bhi utho, Makaan says, but Azmi’s call for revolution is not the true refrain of his poem. It is the line that follows: Koi khidki isi deewaar mein khul jayegi (a window will open in this very wall). A Free Man’s conclusion is heartbreaking in its honesty and uncertainty. But the story that goes before has some of the lustre of Azmi’s seemingly modest hope

The hands that build new Delhi