Micromax's latest phone ticks almost all the boxes, but feels a bit restrained Nitro 4G is designed to fit into most hands effortlessly. It is compact, light (134g) and well-built. The soft matte finish on the plastic cover on the back looks similar to the sandstone finish on the OnePlus One and the OnePlus 2 phones.

Micromax has been experimenting a lot with its designs lately, trying to do something new with every handset. In the case of the Nitro 4G, the different treatment of the back panel is the only real standout element. The metal frame on the side is too subdued and feels more like plastic.

The volume and screen lock/unlock keys on the side spines are a tad too depressed and could be an issue if you are trying to press one of them without looking.

The Nitro 4G is visually a plain phone, and that is a step-down after the visual appeal of the Knight 2 and Sliver 5.0. 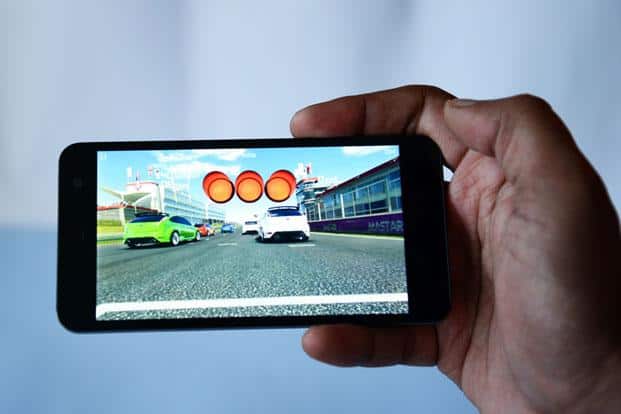 Display is a mixed bag

Nitro 4G comes with a 5-inch IPS display with screen resolution of 1280x720 pixels. Though it looks sharp, the colours reproduction is not that impressive. It looks a bit pale at times, especially when you run games and HD videos. Text looks sharp, is visible from odd angles and visibility under sunlight is also good. But it is ideal for reading, YouTube videos and Internet browsing. We have seen better displays at this price point, including in the Moto G.

Not meant for heavy tasks

The device runs on Qualcomm’s Snapdragon 415 octa-core processor, a more powerful version of Snapdragon 410 quad-core processor which drives the latest Moto G. It has been paired with 2GB RAM, but overall, it doesn’t bring about any noticeable step-up in performance, when compared directly.

It handled most individual tasks such as video playback, reading and web browsing without any difficulty. It even played games such as Temple Run and Angry Birds without any issues. However, the moment you open 8 to 10 apps, it begins to feel a bit sluggish. Also, it struggles a bit with graphic-intensive games like Real Racing 3.

It isn’t a major step-up from the previous phones in the Nitro series, except for the added 4G connectivity. The phone comes with a 2,500mAh battery that lasts about a day when used as the primary phone, which is on par with what the rivals offer.

Micromax, of late, has been making minimal customizations to the pure Android interface. The Moto G still uses the plain Android in its purest original form.

The most noticeable difference in the Micromax interface is the semi-transparent background of the app drawer, instead of the opaque white canvas in Android Lollipop. The phone runs on Android 5.0, and is yet to get the version 5.1 update, which runs on Moto G by default.

One big positive of the Nitro 4G is that Micromax hasn’t cluttered the phone with too many preloaded apps, and the few there are can actually be uninstalled.

Its camera is significantly better than what we have experienced in Micromax phones recently. It is a 13-megapixel camera, and can click some well detailed photos in good light. On the other hand, the Moto G camera isn’t the easiest to use, and doesn’t have the best focus capabilities. But make no mistake, the Nitro 4G’s camera struggles in low light, and even in the night mode gives blurry results.

It takes time to get used to the speed of the camera, which takes time to process the photo after you have tapped the shutter button.

The 5-megapixel front camera is sharp and wide enough for group selfies and occasional video calls.

On paper, and in real-world performance terms, the Nitro 4G has all the ingredients of a capable Android phone and is a step above entry-level phones. However, we are left with the feeling that there is nothing that really takes it beyond its rivals, even though there was enough opportunity to do so.