Imagine a computer that fits into your palm, costs less than ₹ 3,000, and does everything that your regular, ₹ 30,000 desktop or laptop is capable of.

No, I’m not talking about our government-sponsored Aakash tablet that was announced with great fanfare last year, then ran into some controversy, and has finally been launched. I have not yet seen it.

The computer I’m excited about is not a tablet; in fact it doesn’t even come with a monitor, keyboard or mouse. It’s a bare-bone circuit board called Raspberry Pi, smaller and lighter than a smartphone. When it was launched earlier this year, it sold out within hours. 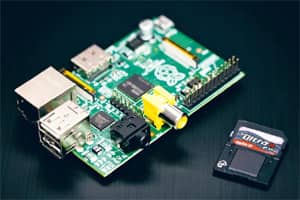 The SD card operates as the hard drive. You download the Linux operating software on the card (or buy a card with preloaded software for under ₹ 1,000), plug in the Ethernet cable, and you are all set. For under ₹ 4,000—that is, if you don’t also have to buy the peripherals—you have a working computer. You can trawl the Net, send emails, watch YouTube videos, learn programming, and so on. It may not be as fast as your laptop, but it’s definitely functional.

Raspberry Pi, however, is not a replacement for the laptop in your bag or the desktop at home. I doubt if it is a substitute even for Aakash or its commercial version, UbiSlate 7 (a recent review on The New York Times website says the tablet will be available to students “at a subsidized price of ₹ 1,132, or about $21. The commercial version will cost between ₹ 3,499 and ₹ 4,299"). Raspberry Pi and Aakash are two different devices whose missions perhaps overlap.

The Pi is a very basic, no-frills, do-it-yourself computer, ideal for those who love to tinker and learn, and for schools that cannot afford expensive computers. It was developed in the UK by the Raspberry Pi Foundation, a charity, “with the intention of stimulating the teaching of basic computer science in schools." Eben Upton, one of the people behind Raspberry Pi, told the BBC, “We just want to get kids programming."

She told me about the MIT (Massachusetts Institute of Technology) Media Lab’s Lifelong Kindergarten group where they create projects to inspire creativity among children. A few years ago this team created a simple and interesting language called “Scratch" to enable children as young as 8 to learn computer programming.

Scratch uses a visual programming language. It’s a hit with children, who use it to create their own “interactive stories, animations, games, music, and art". It is free, and takes just a minute to download on to your Mac or PC. And the best part is, it’s quite easy to learn.

And then she told me about the Raspberry Pi and a hobbyist-turned-entrepreneur named Vinay Chaddha, who uses it to teach programming to underprivileged children in Delhi. Chaddha describes it as “an ultra low-cost computer" and showed me how simple it is to set it up.

He says it’s a good basic device to teach children when it’s not possible to buy an expensive computer: “It can be used for learning programming and also for playing with it and learning some electronics." Most schools have a TV set or an old monitor lying around. Plug in the Raspberry Pi and the peripherals, open Scratch and you are all set to hold a computer class.

You can buy Raspberry Pi in India at in.element14.com. If you have children who enjoy tinkering, taking things apart and putting them together, Raspberry Pi is an inexpensive and exciting learning device.