Why Formula One doesn’t work

Racing's biggest spectacle is turning into its most boring, thanks to restrictive rules

At the British Grand Prix (GP) on 5 July, Lewis Hamilton secured his fifth victory in nine races in the 2015 Formula One (F1) season. It was Mercedes’ eighth win. Overall, it was the sixth time they had secured a 1-2 finish in nine attempts, with both Hamilton and his teammate Nico Rosberg finishing on the podium in every race.

Mercedes’ dominant form has lent a certain monotony to the pinnacle of motorsport. At UK’s Silverstone then, it seemed that Williams might surprise them for a change, with quick-starting Felipe Massa and Valtteri Bottas setting the pace in the first half of the race. But thanks to a botched strategy and Mercedes’ proven prowess, Hamilton and Rosberg edged their way back. Rain in the second half of the race provided some excitement for the audience. 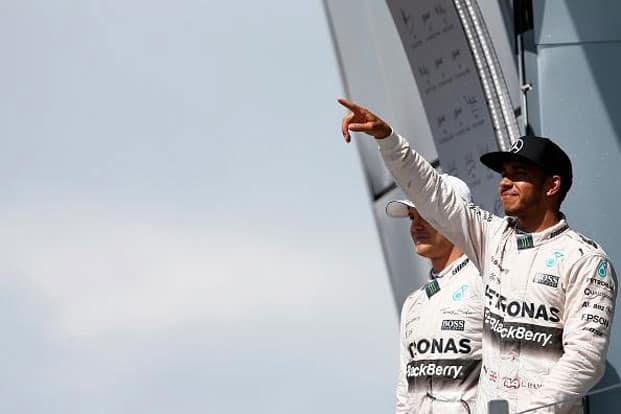 According to a recent online survey by the Grand Prix Drivers Association, the sport has gone from “exciting" to “boring" in the last five years. Nearly 89% of the 217,756 respondents across 194 countries said that the F1 needs to be more competitive. The sport’s definition has changed to “expensive, technological, boring" from “technological, competitive, exciting" in 2010, according to the survey.

Back then, tyres were the big debate as Pirelli replaced Bridgestone in 2011 as the sole supplier. The FIA, or the International Automobile Federation, gave Pirelli a brief to make non-durable tyres that would encourage pit-stop drama. To its credit, Pirelli did just that, improving the tyre compounds season after season, even if it didn’t win it any fans in the pit lane or among those watching. It brought mechanical grip into play, but not enough to allow drivers to get close to cars ahead of them without hurting their tyres.

All this made overtaking difficult, but the problem could be overcome, depending on the characteristics of different circuits: Natural overtaking at certain tracks was possible; at others, the drag reduction system could be deployed. Despite Red Bull’s domination during this period, there was decent action on track, and while there were complaints about the “show", everyone didn’t feel like that.

Then, the engines were changed.

In 2014, quieter V6 turbocharged engines replaced the screaming V8s, and the F1 lost more than its characteristic sound. The cars were slower by nearly 5-6 seconds; many drivers questioned the move. From the teams’ point of view, the first season of change was hit and miss. Mercedes did a great job, while engine makers like Ferrari and Renault faltered. Five engines had to last through 19 races—in-season development had been stopped—so it was impossible to catch up with the dominant Mercedes. Additionally, if the engines or components faltered, a change in power unit elements resulted in time penalties.

In other words, teams that did not start the season with great engines suffered doubly.

When Honda came into the mix for 2015, the rules became even more restrictive. Four engines are required to last 20 races this season, with a highly contentious token system introduced to allow teams a little development after pre-season testing. This worked to Mercedes’ advantage, since the current set of rules allow manufacturers to use limited tokens to undertake upgradation. Restricted pre-season and in-season testing did not help either because the cars have been revolutionized from an aerodynamic-heavy formula to one where power units and drivetrains have the most weightage.

In effect, if you have a good engine (read Mercedes) to begin with, you have a better chance of winning.

“More or less what you have in the first test is what you have all season, so that’s making the races very predictable and very boring. The rules are very tight, so you cannot develop much in terms of engine, which is frozen, and aerodynamics is very restrictive," said two-time world champion Fernando Alonso after the British GP. 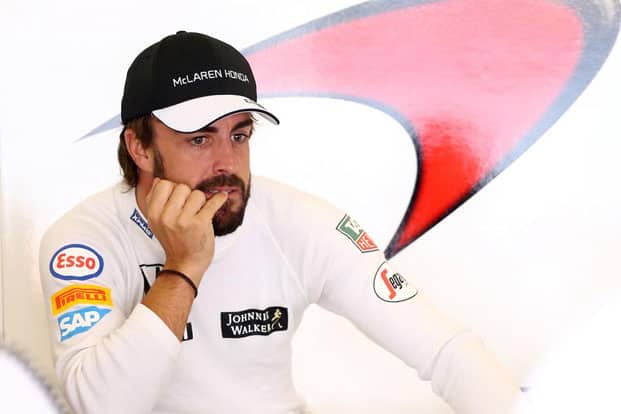 Ferrari, the biggest voice in this sport, is relatively silent at the moment because it made a significant step-up from its 2014 engine and has even won a race this season, while competing consistently for podium finishes. Meanwhile, McLaren made a move, much like Alonso, from Mercedes to Honda power units in the hope that any worthwhile challenge could only come by allying with an independent engine manufacturer who also didn’t own a team.

But the restrictions on in-season development have slowed progress for Honda, with McLaren’s world-champion drivers Alonso and Jenson Button suffering the ignominy of scoring merely five points between them. Exploding engines and retiring cars have seen them finish only six races out of nine, with both cars coming home only in the Chinese GP. The situation became incomprehensible at the June Austrian GP, where Alonso and Button were handed 20- and 25-place grid penalties, respectively, for changing engines and other drivetrain parts.

“Their (other teams) mature engines are now relatively well developed because those manufacturers started in 2014 and were allowed to use five, and now in 2015 Honda has to do the same thing as they did but with one engine less. That to me is very unfair. The way to disincentivise any manufacturer is just to make a set of rules like we have," McLaren’s chief executive officer Ron Dennis said ahead of the British GP.

Red Bull are crying foul because their engine partners, Renault, have again done a shoddy job of competing with Mercedes. With the current rules moving away from aerodynamics, even master designer Adrian Newey, the driving force behind Red Bull’s F1 success, has moved to a consultant’s role.

It has become increasingly clear that power units are key under the new rules.

“Our problem is that we do not have the patience," said Red Bull principal Christian Horner. “We want to immediately get back to where we were, or at least as quickly as possible. But improving an engine takes much more time than with the chassis. The disappointment came in the winter, when we were expecting significant progress (from Renault engines) that didn’t come."

Red Bull, the four-time Constructors’ Champions, have no wins or podiums to show this season. Time and again, they have threatened to leave the sport if the rules aren’t changed, with rumours of a sell-out to Audi surfacing as early as the season-opening Australian GP.

“In terms of the spectacle, a team winning over a long period is definitely detrimental. We have seen that with the six years at Ferrari in the early 2000s. We have seen that with Red Bull four years in a row. It doesn’t help the show. Is it good that one team wins regularly and slightly predictably? No, probably not. We all have to get together and decide how we want to improve the situation," Mercedes’ principal Toto Wolff said after the Austrian GP, when Red Bull owner Dietrich Mateschitz threatened to withdraw in frustration.

Together, these four teams—the “strategy group"—drive the future for F1 in terms of regulations and have suggested many changes from the 2017 season. Cursory changes for engine noise and aerodynamics were mooted, but the most significant was a plan to reintroduce refuelling to add drama to the races. That has since been binned owing to an escalation in cost, which matters a great deal to middle-rung teams.

There have been rumours for some time that Force India, along with the likes of Lotus and Sauber, might ask the European Commission to look into how F1 functions.

“He shouldn’t be selling a product that is crap. Considering he is making billions out of it, he needs to work with the teams and un-crap it," said Force India principal Vijay Mallya, when asked about F1 supremo Bernie Ecclestone’s comment that the current version of this sport is “a shitty product".

At the time of writing, the FIA—on the advice of the strategy group comprising Ferrari, Mercedes, Red Bull and McLaren—had made changes to the penalty system. Starting with this weekend’s Hungarian GP, the maximum penalty a driver can receive for changing power-unit elements is starting from the back of the grid, with time penalties abolished. In addition, a fifth extra engine has been granted to manufacturers in their first year; this will apply to Honda.

It is, however, only a small beginning to get F1 back on track.

Chetan Narula is the author of History Of Formula One: The Circus Comes To India.