Ashutosh Gowariker’s Mohenjo Daro releases on 12 August. As a former Hrithik Roshan fan, I can’t remember the last time I saw one of his films release so bereft of excitement and trade buzz. Soon after the trailer appeared online, there were memes pointing out what a laughable imagining of ancient history the film seemed to be. As Sarman, the peasant who starts an uprising, Roshan has a bronzed glow (which may be the film’s concession to the dark skin many historians believe Indus residents had) and golden streaks in his hair. He delivers his lines hyperactively, going overboard even when all he has to do is fall after being hit by the bad guy. 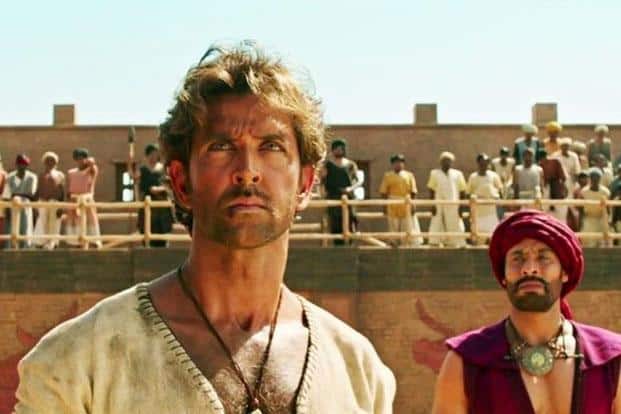 This is the Roshan of today: trying too hard, achieving little. The 42-year-old actor’s choices of late—Krrish 3 (2013), Bang Bang! (2014)—seem to confirm what his worst critics have always said: that he is little else apart than a handsome star with great dancing skills. It’s not as if Roshan was ever associated with path-breaking cinema, but the overall fall in standards is alarming, evident in his appearances in tacky commercials and an awful Honey Singh music video (“Dheere Dheere Se").

Roshan’s current state is in sad contrast to his sensational overnight stardom after his debut, Kaho Na... Pyaar Hai (2000), directed by his father, Rakesh Roshan. At the time, he was hailed a new sort of gym-built Hindi film hero, a new-millennium alternative to the long-reigning Khans. His next two films, Fiza and Mission Kashmir, released that same year, weren’t commercial successes, but by taking up grim subjects like riots and terrorism, Roshan seemed to be forging a path that deviated from that of a complacent star. Yet, what followed were cosmetic, banal films like Mujhse Dosti Karoge! and Aap Mujhe Acche Lagne Lage (both 2002).

After the disastrous Main Prem Ki Diwani Hoon (2003), a popular film magazine wrote Roshan off, a criticism that stung Rakesh Roshan enough for him to mention it during publicity for Koi... Mil Gaya (2003), the second father-son collaboration. This take on E.T. the Extra-Terrestrial saw the actor, who’s known to be obsessive about the way he looks on camera, transform into an awkward, bespectacled autistic teen —though, by the end of the film, he is “cured" by the magical powers of the alien.

Koi... Mil Gaya marked the beginning of the best phase—2003 to 2012—of Roshan’s career. Though he was never the most spontaneous of actors—struggling particularly with his laboured dialogue delivery (which may have something to do with the stutter he overcame) and a lack of comic talent—he attempted, in this period, to essay flawed characters (Guzaarish, Kites), relatable ones (Lakshya, Zindagi Na Milegi Dobara) and even doing a spot of self-deconstruction (Luck By Chance). His biggest hits still came with films in which he played larger-than-life characters (Krrish, Dhoom 2, Jodhaa Akbar, Agneepath), but he made them work with a mix of physicality, high drama and star-wattage.

Watch the trailer of Lakshya here

Unfortunately for Roshan, the downward graph of his career has coincided with lows in his personal life. For most of his career, his persona was that of the family-friendly star, happily married with kids. The cracks started to appear with rumours of an affair with Bárbara Mori, his Mexican co-star in Kites (2010), the film which was supposed to launch Roshan in Hollywood. Then came his divorce from Suzanne Khan at the end of 2013, which ended in a less-than-amicable fashion.

Nothing, though, was as damaging as the recent public mud-slinging with Kangana Ranaut, whose relationship with Roshan ended acrimoniously. What should have remained gossip was exacerbated by Roshan when he filed a case against the actress. It turned out to be a PR disaster for the actor, who came off like an archetypal male Bollywood superstar, while Ranaut was hailed as a rebel and an outsider who dared to take on the powerful.

Roshan seems increasingly intent on presenting a perfect, almost superhuman image, both on and off screen. Yet, he no longer seems to be connecting with his fans. From his interviews and public statements, it’s clear that Roshan lacks the self-awareness of a Shah Rukh Khan, Akshay Kumar or Salman Khan, a quality that makes even their silliest films pass off as an ironical wink at the audience. His best performances have come when he’s struck a balance between his star appeal and a substantive part, in films by Farhan and Zoya Akhtar and Sanjay Leela Bhansali. But the actor’s choice of filmmakers today runs towards commercial names like Sanjay Gupta and Siddharth Raj Anand (he’s reportedly turned down a part in a Zoya Akhtar film). The rising popularity of younger, hungrier actors like Ranbir Kapoor, Ranveer Singh and Varun Dhawan has ensured that the in-demand directors have moved on from Roshan.

Five years back, I would have known the release date of a Roshan film months in advance. I grew up, but Roshan clearly hasn’t.