Why the Euros are the best football has to offer

The World Cup? An overhyped, oversized car crash of a tournament compared to the Euros. Let me explain

There are stages in the life of every football fan as they mature in the beautiful game. One such critical stage occurs somewhere between that ill-advised short-term infatuation with Manchester United and committing Inverting The Pyramid to memory. And that is loudly declaring, to anyone who will listen, that the Euros are a superior exhibition of tournament football than the FIFA World Cup.

But how can this be true? How can this little parochial affair compare in any way to the global celebration of football that is the World Cup? The World Cup! Surely the cup that has been lifted by Pelé, Maradona, Beckenbauer and Varela is the true benchmark of footballing excellence?

Meh. Here are five reasons that will convince you of the superiority of the Euros Europe surely has to be the finest continent when it comes to football. European teams have won 11 of the 20 World Cups held so far and 15 out of 20 times, the runners-up have been European. You could quibble over statistics such as goals per game and winning margins and so on, but a mere glance at historic performances suggests that the quality of football in the UEFA region is formidable. Further proof? Well, the Copa América Centenario, featuring North and South America’s finest teams, is taking place right now and nobody cares.

The 2014 FIFA World Cup had 32 teams from five federations participating. Now if you like to see lots of different parts of the globe represented, then this is wonderful. But if you care for quality, not so much. Nine of those 32 teams couldn’t manage a single win. The 16 teams eliminated in the first round had a total goal difference of -44. The Euros, on the other hand, only very recently let down the floodgates. Until 1996 only 8 teams took part in the Championships. This was doubled to 16 for the 1996 tournament and has been expanded to 24 for the first time this year, a move that has been criticized for good reason. Bigger rosters don’t necessarily make for better or more interesting tournaments. If anything they make it even easier for the traditional powers to dominate long, flabby tournaments. Consider the results. Only seven teams have ever won the FIFA World Cup. Yet the Euros, a far smaller tournament, have produced nine winners. Seek unpredictability? The Euros baby. 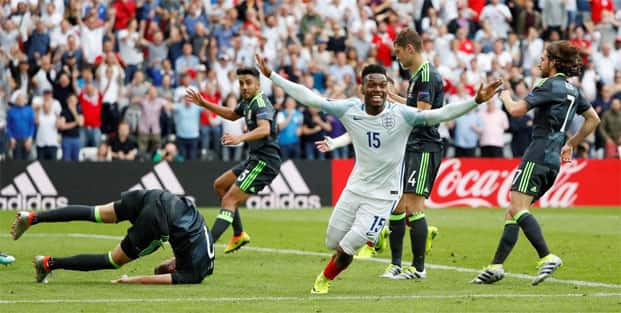 Throw together any two teams competing in the Euros and odds are that you are going to get a narrative of some kind. Ukraine v Russia? Crimea! England v Germany? See encyclopedia. Serbia v Turkey? Battle of Kosovo!.

These narratives steeped in tendentious history help to add an extra layer of tension and anticipation to matches, something that the World Cup rarely achieves. Costa Rica v China? New Zealand v Slovakia? The only thing those matches bring is a craving for coffee to keep you awake.

Though Euro 2016 does feature a few teams that follows the “One Star And Ten Blokes From The Pub" formula—Slovakia with Marek Hamšík and Iceland with Gylfi Sigurdsson are both examples of this kind of team—the World Cup usually has many more of them. Remember Bolivia with Marco Etcheverry, North Korea with Jong Tae-se or Saudi Arabia with Sami Al-Jaber? Me neither. Sink. Without. Trace.

Who will be the next Rooney? What rising star from the Euros will Arsène Wenger swoop for next? Which undiscovered talent on the Slovak, Icelandic or German bench is waiting for a moment in the French sun? And which titan of the European leagues will be pulled off his pedestal? The Euros will not reach its denouement until the manic frenzy of buying and selling players concludes across the major European leagues after the tournament. The performances at the Euros will not only determine the outcome of this edition of the tournament, but also, potentially, the future of the club leagues in Europe for years to come. Something the World Cup quite cannot emulate.