The sequel to the popular game 'Stick Tennis Tour', is more challenging and exciting

Stick Tennis is the most popular smartphone game for tennis, with over 10 million downloads on the Google Play Store alone. The game’s developer, Stick Sports, has released its sequel, Stick Tennis Tour. The game, which comes after an almost two-year gap, offers better graphics and the freedom to customize players.

The core gameplay relies entirely on touch gestures. The lack of an on-screen control pad will disappoint a few, but once you have understood how the taps and swipes work, you will find that it works better than on-screen controls. 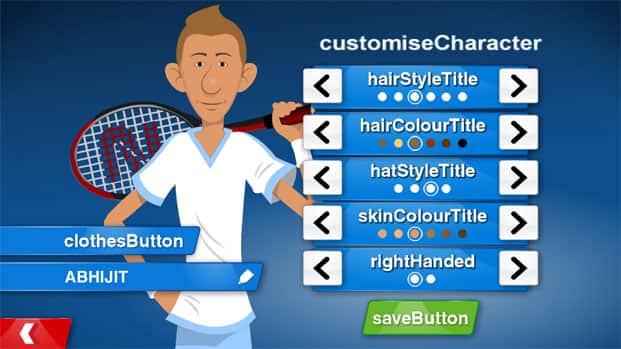 Touch gestures include a sideways swipe to give the ball direction, a forward swipe to land a straight shot and a backward swipe to surprise the opponent with a drop shot. 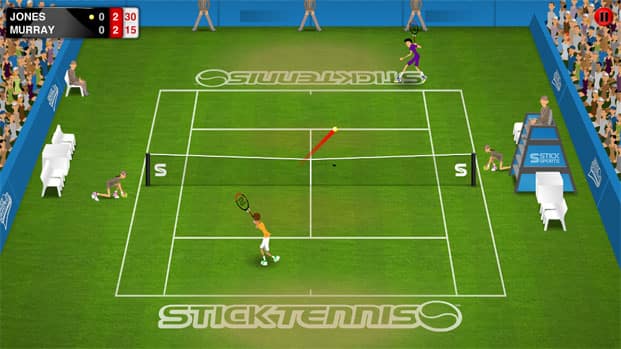 There is an elaborate tutorial mode so you can get a head-start on the game and the controls before moving to the career mode. You can practise timing, placement and service, and play matches to hone your skills. You can’t ignore the Tutorial Mode—the career mode, known as World Tour Mode, is accessible only when all the tutorials are complete.

Stick Tennis Tour is a fast-paced game, where you can play out a three-set game in less than 15 minutes even if it is a close fight.

The online options are quite limited; there is not a single multiplayer mode or two-player mode, allowing you to play with a friend over Bluetooth. There is a Challenge Mode where you can play matches against legends like Tim Henman. The game is free to download (Google Play Store, Apple App Store) but does offer in-app purchases of ₹ 50-340 for funky outfits, powerful rackets and shoes. The game’s huge inventory of international players and over 80 different venues adds depth to the game.

Stick Tennis Tour doesn’t have the graphics you see in Virtua Tennis Challenge, but unlike it, it uses real player names and you can play as woman characters right from the beginning—a feature neither its predecessor nor any other mobile game offers.