If you are in the television mega-serial business, there is a rich vein of content that you may have overlooked. In these days of too many television channels and recycled mythologies, you might find these annals of intrigue refreshing. They pack in tales of suspense, conspiracy, drug abuse and corruption—all simmering in an atmosphere of institutional incompetence. 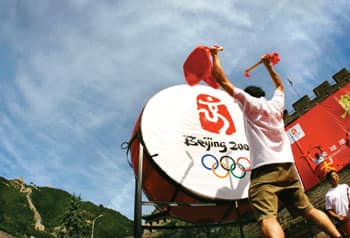 Given this gloomy scenario, Boria Majumdar and Nalin Mehta have taken on an unenviable challenge—to write Olympics: The India Story, a history of India’s tryst with the Games. This may be the season for all things Olympic, but Majumdar and Mehta deal with a topic that, for all its intrigue, is fairly unidimensional in its concept: Yes, we used to win at hockey; and yes, now we suck at everything. That pretty much sums up India’s Olympic history. So, what is new? What can possibly be of interest in this story of national crash and burn?

Majumdar and Mehta’s book is motivated largely by a vast archive of documents and correspondence at the International Olympic Council Museum in Lausanne, Switzerland. Majumdar observes, early on in the book, that till this veritable treasure trove of Indian sports history was dug up, there was little information on the early days of India’s Olympic escapades. 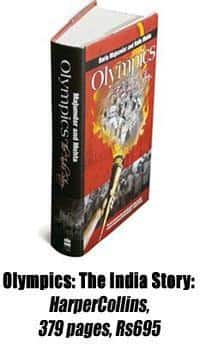 The authors seem to have a morbid fascination for finding out how our sports administrators and the IOA began to compete feverishly with each other for international stature and authority. There is an illuminating section where Majumdar and Mehta outline the National Cyclists Federation of India’s efforts to outwit the IOA in order to become the overlords of Indian cycling (no one, even then, cared two hoots about the athletes or the sport itself).

The book dips liberally into the archives to tell such stories. There is nothing wrong with this, of course. But confining a history largely to correspondence alone makes for dull reading. Unfortunately, the authors are not spectacular storytellers, so when they do try to attempt stretches of prose on their own, the book loses lucidity. The analysis is often pedestrian, and the storytelling dull.

Yet, Majumdar and Mehta will give sports historians much to cheer about. There is no doubt that they have combed the archives with rigour. And there is great scope for more research and analysis into India’s sports history in the light of Majumdar’s findings. As an academic work and a splendid primer for further research, the book is a triumph—but it is meant only for those with an uncommon interest in the Olympics and India’s role in them. Your enjoyment of the upcoming edition in Beijing will in no way be lessened without this book.

As for the business of India’s Olympics, this quote will suffice to explain it all: “There is the same old story to tell about Indian athletes and wrestlers at Olympic Games—failure and more failure...But our great country, with its wonderful climate cannot produce a single winner in the greatest of athletic festivals. Running, Walking, Swimming, Wrestling, Boxing, Rowing—the manliest of sports and not an Indian to uphold the name of his country."

That is from the pages of The Statesman of 13 August 1936. In 52 years, little seems to have changed.