Written in the aftermath of the Emergency (1975-77) imposed by the Indira Gandhi government, Tadroopi is a sharp critique of totalitarianism. Directed by Joseph, who uses only one name, and presented by the amateur theatre group Sanchaya, the play revolves around an authority figure whose delusions of power turn him into a figure of public ridicule. Writer Prasanna, who uses only one name, blends in the emotions and the loneliness of dictators and how they try to live up to a larger-than-life image built to protect and boost their egos. 1 hour, 30 minutes.

An Exhibition of Drawings by Roy Varghese

A collection of drawings by graphic designer Roy Varghese, sketches in pen as well as mixed media narratives that bring to the fore whimsical and absurd observations, will be on show. Varghese has been inspired by artists such as Egon Schiele, Friedensreich Hundertwasser, David Shrigley and Prashant Miranda. 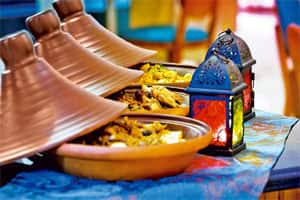 The Karnataka Ultimate Players Association will host the fourth edition of the BUO tournament of Ultimate Frisbee at Kanteerava Stadium, bringing together 28 teams (a total of 500 players) from across the country. Open to all in the 15-50 age group, be they beginners or veterans, the teams consist of both men and women. Apart from competitive games, the event will include workshops by Ultimate Frisbee players from India and abroad for both the beginner and intermediate levels. The Zeal Academy of Rock Music is organizing a rock concert that will transport you back to the swinging 1960s, sentimental 1970s and enchanting 1980s. J. Rajasekaran (lead vocalist and guitarist), M. Rajan (bassist and backing vocalist), Jude Reeves (lead guitarist and vocalist), Dayan Selwyn (keyboardist and vocalist), Maynard Grant (drums), V.K. Raghunathan (guitarist) and Raman Iyer (saxophone) will perform. The evening will have a rendition of the most popular numbers by bands like The Eagles, Pink Floyd and Dire Straits, among others. 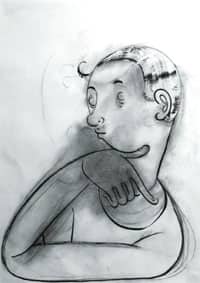 With a degree in chemical engineering from the Indian Institute of Technology, Roorkee, Ramakrishna Behera has no academic training in art but a passion that brings him back to the Capital with his second solo show of landscape and still-life paintings. Behera’s work Remembering Tarkovsky evokes the dreamier mood of the nostalgia-tinged cinematography of Russian film-maker Andrei Tarkovsky. In some paintings, the landscapes drift like celestial bodies in dark surroundings, which are either pitch black or star-studded to symbolize the universe. The subjects of his oil on linen works range from the familiar—a friend’s garden in Banana Trees in Kitchen Garden—to the not-so-familiar—sparse landscapes in Spiti and Ladakh (Landslide on Way to Ladakh), and the old buildings of Goa and Italy. 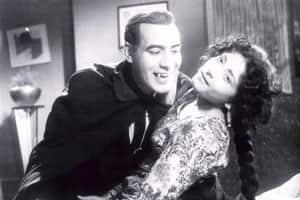 From across the border: A Still from the 1967 Pakistani horror film, Zinda Laash, directed by Khwaja Sarfaraz. The film will be screened as part of a one-day festival at Khoj International.

The Indian Council for Cultural Relations presents its annual three-day festival of music and dance based on monsoon ragas. Entry is free but on first-come, first-served basis.

A Hindustani vocal recital by Uma Garg, followed by an Odissi performance by Shubhada Varadkar.

A Hindustani classical vocal recital by Madhumita Ray, who will present some classical compositions, as well as the semi-classical idiom jhoola. This will be followed by a Kathak recital by Vidha Lal, a disciple of Geetanjali Lal.

Since last year, Nikhil Mawkin, the multi-instrumentalist and vocalist, has been busy with his project, RED Mawkin, whose songs criss-cross from rock, pop and funk to jazz, hip hop, etc. When playing live, RED Mawkin also comprises bassist Shikhar Prasad, guitarist Gaurav Chintamani and drummer Aman Singh Rathore. Friday’s concert will witness RED Mawkin jam with the Bangalore-based pianist-keyboardist Aman Mahajan, a graduate from the Berklee College of Music, Boston, US, who is widely influenced by jazz, Blues, electronic music and folk music from Africa and India.

The All American Diner plays host to its 12th annual hot dog festival this month. Sample varieties like the Chicago dog, Junkyard dog, Hawaiian hot dog, Hollywood dog or the smoked cheese dog. It doesn’t get more American than this. On 28 July, there will be a hot dog eating competition—for a fee of ₹ 300, eat as many hot dogs as you can within 10 minutes.

Thermal And A Quarter (Taaq) 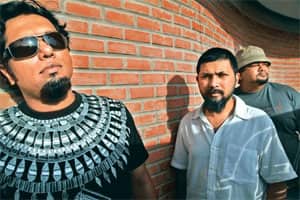 An evening of rock: Taaq will perform at blueFROG. 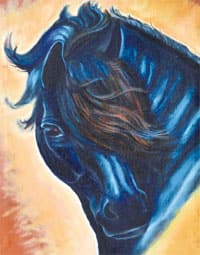 The German institute, Institut für Auslandsbeziehungen e.V., and curator Volker Albus will present the exhibition New Olds —60 exhibits that explore the relationship between tradition and innovation in contemporary design. This is the outcome of an international collaboration of 45 designers and design teams from Germany, other European countries and the US. There will also be a panel discussion on interdisciplinary subjects related to contemporary German and European design led by textile designer Mayank Mansingh Kaul.

The play revolves around a Hyderabadi couple who go to court to file for divorce, but realize they can’t live without each other. Saurabh Gharipurikar has adapted the play from the original Marathi comedy ‘Shri Tashi Sau’ by Saurabh Gharipurikar. 1 hour, 40 minutes.

The gallery Akar Prakar is presenting an exhibition of over 100 works by Benode Behari Mukherjee (1904-80)—mostly sketches in pen and ink, some prints, including etchings, woodcuts, a few collages, watercolours and textile designs. Curated by Debdutta Gupta, the exhibition can be divided into sections by medium: ink and brush, calligraphy, prints, etc. An entire wall has been devoted to the postcards he wrote and illustrated. Mukherjee was a student of Kala Bhavana, Santiniketan, and is renowned for his murals.

Shinjan Nrityalaya, a Kolkata- based Odissi dance training centre, will pay tribute to the late legendary dancers Guru Kelucharan Mohapatra and Guru Raghunath Dutta through an evening of traditional Odissi performances by Roopkatha Roy and Guru Ratikanta Mohapatra, along with Mamata Biswas. Abstractions: The recurring theme in Arunangshu Roy’s works is nature.

Akshay Pratishthan, the Delhi-based non-profit organization providing support and rehabilitation to underprivileged and physically challenged children, is back in town for its annual fund-raiser exhibition. This time around, children from the Akshay Pratishthan centre will showcase handcrafted rakhis for Rakshabandhan, and gifts such as bedsheets and paper bags.

Guitar Jam Night with Imli Imchen and the Avatar Artists 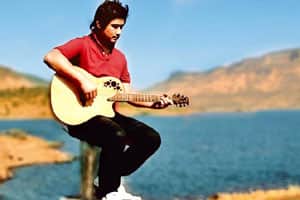 Experimental film-maker Ashish Avikunthak’s Katho Upanishad, an 82-minute film spliced into three chapters, is being shown as a three-channel video installation—the quest, the dialogue (between Nachiketa and Yama) and the final liberation is inspired by the artist’s reading of the ancient metaphysical text, which meditates on death and the possibility of freedom from reincarnation. The film expounds on the quest of human existence—the path beyond death and towards enlightenment.

As part of “Art Night Thursdays", Sakshi Gallery and the French embassy will be screening 11 short animation films. These include Overtime, in which fabric puppets try to grapple with the death of their creator. In Personne N’Est Parfait, a cleaning robot deals with an unexpected stain. In the comedy film StrictEternum, a couple living in an isolated part of the country try to kill time. In The End, a scarecrow befriends a bird, while in Kitchen, a woman attempts to make an American lobster dish.