Raaz 3, apart from providing possibly the only moment when Basu will get an an award for her acting skills, has the potential to be added to the top of the list of self-reflexive films occasionally made in India. What better way to comment on competitiveness in Bollywood than to make a horror movie—and that too in 3D?

Directed by Vikram Bhatt and co-produced by the Bhatt brothers Mukesh and Mahesh, Raaz 3 also scores points for having beaten Madhur Bhandarkar’s Heroine to the game. Bhandarkar’s 21 September release is about an actor who goes around the bend when she realizes that her star is on the wane. In an interview last year to the Hindustan Times, Kareena Kapoor described her character Mahi Arora as “bipolar and schizophrenic", which sounds far more frightening than Raaz 3’s black magic practising Shanaya. Without having watched either film, we can safely predict that they will not be as complex as Satyajit Ray’s Nayak, a memorable psychodrama about a neurotic male star. 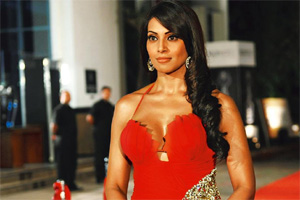 Hindi movies that go behind the camera and explore the production process are usually more upbeat than Raaz 3 and Heroine. Luck By Chance, Zoya Akhtar’s debut feature, does suggest that lies, fakery and broken promises litter the path to fame and fortune, but ever so gently. Made by an insider (Akhtar is the daughter of screenplay writers Javed Akhtar and Honey Irani and the sister of film-maker Farhan Akhtar), the movie pokes welcome fun at the flamboyant denizens of Bollywood, but stops well short of critiquing the industry’s nepotistic and profligate ways. Like Om Shanti Om, directed by another insider (Farah Khan, Zoya Akhtar’s cousin), Luck By Chance prefers affection to anxiety.

Rangeela’s Mili is also miles away from the casting couch and other such horrors associated with the Hindi film industry. Mili is free of the troubles that plague Naseeruddin Shah’s autorickshaw driver in the satire Hero Hiralal. He nearly kills himself over a doomed affair with an actress, only to be rescued by an impresario who persuades him to die properly, this time in public at a staged event. It is Mili’s admirer, Munna, who suffers the most because of his complexes about the movie business. Ram Gopal Varma makes Mili opt for love over her career in the end, which is a good thing since she just might have become psychotic had she stayed on in the business.

Raaz 3 releases in theatres on 7 September.