Home >Mint-lounge >Features >You should update to Windows 10 right now, for free

You should update to Windows 10 right now, for free

Microsoft has announced that the upgrades to the newest operating system will cost $120, from 30 July. Here are 5 reasons why you should upgrade now

If you have a computer running Windows 7 or 8, 29 July is the date that marks the very last window of opportunity—that date marks the one-year anniversary of the release of Microsoft’s latest operating system for PCs, Windows 10. From 30 July, Microsoft will start charging $120 if you want to upgrade your Windows PC to the latest OS.

When Microsoft had announced that the latest OS will be available free for one year as an upgrade, it was clearly a move to get as many people to switch, and it seems to have worked. The Redmond-based company reports that there are now 300 million active Windows 10 PCs—laptops, computers, tablets and hybrids, including new devices sold with Windows 10 pre-installed and older devices which upgraded from Windows 7 or Windows 8 OSes. This number gives Windows 10 the bragging rights for having the fastest adoption rate of any version of Windows, in history.

If you are running a PC that is still tethered to the past—that is Windows 7 or Windows 8, or even Windows 8.1—you have three months left for a free upgrade. And here are five reasons why you should start downloading the upgrade right now.

It is faster & better

With exactly the same specifications, a machine running Windows 10 will boot up faster than Windows 7, and will perform faster during multi-tasking than both Windows 7 and Windows 8. This could be great news if you have an ageing PC, and could give a fresh lease of life to it for the time being. The benefits are because of a completely new foundation of the entire software.

The Aero Snap feature makes it easy to use multiple software side by side on the same screen, by simply dragging an app to either the left or the right side of the screen, and it gets automatically resized into half screen space.

Windows 8 users would understand this pain—Windows 10 solves the rather jarring switch between the conventional desktop and the touch interface, which was almost like running two different operating systems on the same PC. Having two sets of the same app (Chrome browser, VLC media player and Plex, for example) was simply confusing for a lot of users. Return of the start menu

Windows 8 and Windows 8.1 users had, for long, shown their displeasure at the disappearance of the start menu from their PCs. Microsoft understood that backlash, and responded by adding it back in the latest OS. 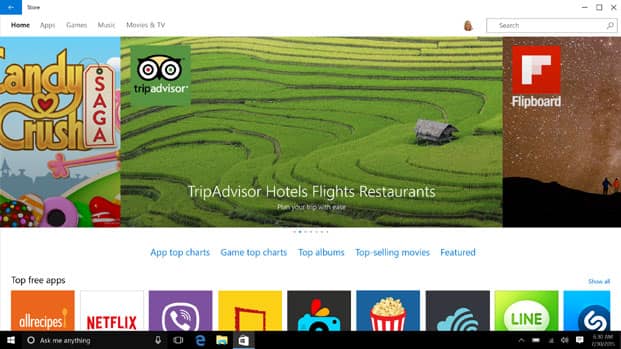 If you use Windows 7, you don’t get an app store from where you can download apps and games. Windows 10 has one, which makes it easier to search for and buy software for the PC. Microsoft has also loaded Windows 10 with slicker and enhanced apps, including the new Photos, People, Mail, and Calendar apps. Microsoft is pushing the developers to make apps using the Universal Apps platform, which would mean that an app written once would run seamlessly on a PC, smartphone and even the Xbox gaming console.

With the new Edge web browser, Microsoft has managed to bury the ghost of the Internet Explorer. It is clean, it is quick, and it just works so much better than Internet Explorer ever did. Users seem to be taking notice—Microsoft says that more than 63 billion minutes were spent on Microsoft Edge in March 2016, which is 50% more in terms of minutes, compared to a quarter earlier. 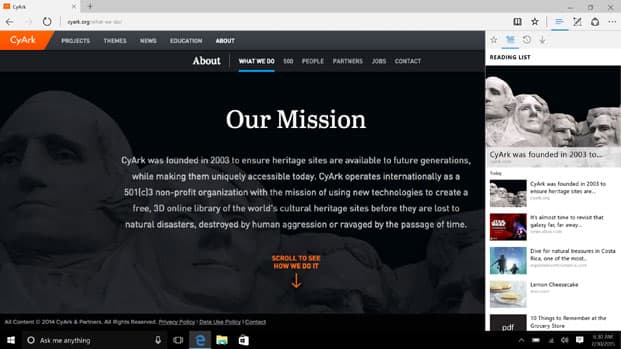 More space on the workstation

Apple’s Mac OS X operating system has had this feature for many years now, and Windows adopted it now. But better late than never. Basically, you can create multiple desktop spaces, which means you can open different apps in different virtual spaces and negate the need of minimizing apps to shift from one to the other. For example, you could open the web browser in one desktop window, a Word document in another and the VLC media player in a third window.

A lot of us have become used to how our smartphone apps pop up notifications for new messages and more. Apple added a Notification Center with the Mac OS X Yosemite, something on the lines of how notifications work on an iPhone. Microsoft added something similar in Windows 10—called the Action Center—where you will get everything including notifications for new emails, system information, and access to toggles for Wi-Fi, Bluetooth, tablet mode, VPN etc.