Home / Leisure / The morning after

It’s been one year since I spent a night at the Taj. Not ensconced in a plush suite but with a roomful of people, lying on the floor of The Chambers with our heads under our hands, squashed together like the mismatched pieces of a jigsaw puzzle which have been forced to fit. After hours of listening to the grenade blasts and machine-gun fire that came from right outside the room, we were rescued in the morning by the National Security Guard (NSG). 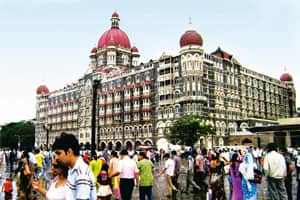 Enduring icon: Tourists in front of the Taj Mahal Palace & Tower’s heritage wing that was destroyed—parts of it will reopen later this month. Manoj Madhavan / Mint

The days that followed, however, were more traumatic, when the seriousness of what had happened that night set in. When you’re running from bullets, you don’t understand how close you came to death, you’re just happy you escaped it.

People who have been through such situations will know that the fear doesn’t fade instantly. For weeks, some of the worst moments we spent there kept playing over and over in my head like a loop, along with every imaginable “what if" scenario. That’s when I learnt that “blood runs cold" is not just a writer’s cliché—it can actually happen.

When I went back to work four days later, I read every single newspaper I could find. After days of a self-enforced news blackout, that information was overwhelming. I had a panic attack on the way back home and realized I needed help. Going to a psychiatrist was the best thing I did, and it helped hearing the kind doctor assure me that my memories of the incident would not fade with time, but the emotions associated with it would. A few sessions with him made a big difference.

Also Read How a wedding reception turned into a life lesson

Soon I got tired of being afraid. When I went out to dinner or a club, I wanted to eat my dinner or enjoy my drink without constantly keeping an eye out for alternate exit routes. It’s when you realize that you don’t want to be scared any more that things begin to improve. 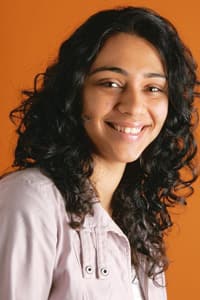 Far worse than what I went through that night was what my family had to endure, waiting for me to come home. For a long time they were more frightened than I was. I also found it difficult to reconcile with how victims who were more unfortunate than me suffered. The least we could have done for them, in my opinion, was go vote during the general election earlier this year. Instead, people who made it a point to be there for candlelight vigils after the attacks forgot that they could actually make a difference instead of just lighting a candle.

In a year nothing much has changed—Mumbai’s legendary chalta hai attitude means that we still don’t have life jackets for our cops and our firemen can only reach fires that break out on or lower than the 12th floor because we don’t have longer ladders. We still have insufficient security procedures at our local railway stations, three years after the 2006 blasts.

Despite the lack of any positive change, there are professionals who are still as dedicated to their job as they were. One example is M.M. Begani—one of the doctors who cared for the injured at Bombay Hospital (he has been profiled in this issue). Of the 54 patients admitted to the hospital in the first 24 hours, the doctor and his colleagues managed to save all but three. Interviewing him was not easy. I was constantly aware that had that night turned out any different, I could have been one of his patients—but I knew it was something I needed to do for myself. 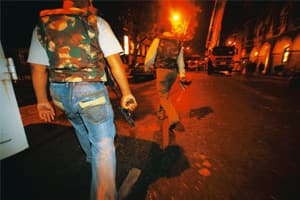 Ground zero: ATS officers outside the hotel on the night of the attacks. Manoj Patil / Hindustan Times

During this year I’ve had to deal with a few instances of insensitive dinner conversation and even more insensitive business opportunities. A week or so after the attacks, a public relations executive called to ask if we would like to do a story about their yacht-owning client who was willing to rent out his boat for business meetings since luxury hotels were no longer safe. When I told her off for being insensitive, it was assumed that my objection to the issue was because I was a victim of the attacks, not because exploiting a terrible incident of terrorism for commercial gain was a business plan that was morally flawed.

The maiming of my Taj was also hard to take. It’s never been just a building; the reason it was built makes it a symbol of freedom and Bombay pride. Personally, too, it has always been special—the Sea Lounge was my grandfather’s daily morning haunt, where he sat drinking tea and reading the newspapers before his workday. My brother and I often accompanied him and got to eat ice cream adorned with a Pickwick-style wafer biscuit with long spoons from posh bowls, and got to wipe our sticky hands on fine linen. After the attacks, I’ve gone back to the Taj thrice, and was most relieved to discover that it stills smells the same—an unidentifiable, indescribable scent that reminds me of pista ice cream.