A primer on our shameful ‘nobility’

The word noble is to be used with caution for this lot. A third-rate nobility for a third-rate nation

Let us be acquainted with the royal families of India. I write this essay from memory for the most part. Indians prefaced their opinions in the old days with the phrase “bhool-chuk maaf". It is best explained by the shopkeeper’s disclaimer E&OE (errors and omissions excepted). And so, bhool-chuk maaf.

The nizams are proof of the abiding benefits of chamchagiri (sycophancy) and the profit in treachery. They came late into the Mughal period, being migrants from Central Asia. The father of Mir Qamaruddin ‘Chin Qilich’ Khan, the first nizam, volunteered to be a courier for Aurangzeb. He rode through difficult Rajput country twice in three days when other nobles refused, and there began the family’s rise.

Father and son then fought the Shias at Golconda, rising further. The nizams were always alert to their own interests. When Aurangzeb died and his son Azam crowned himself, father and son refused to march with him, making excuses and turning back.

At the battle of Karnal, the entire left wing of the Mughal army, led by the first nizam, did not fight Nadir Shah. The only time the nizams fought well was when they fought their master, the Mughal emperor, defeating his armies twice so that they could hang on to Hyderabad. Against the Marathas they were useless. “Deccan" moved 500km east from Aurangabad to Hyderabad under their rule.

Then they ran to the British for help, becoming one of the first protectorates. The edifice of the Hyderabad state was built on treachery and selfishness. What can be said of their heirs? One Hyderabad wit compared the last two nizams with this ditty: “Mehboob Ali Pasha sher ko mara (killed a tiger), Osman Ali Pasha plague se bhaga (ran away from the plague)." 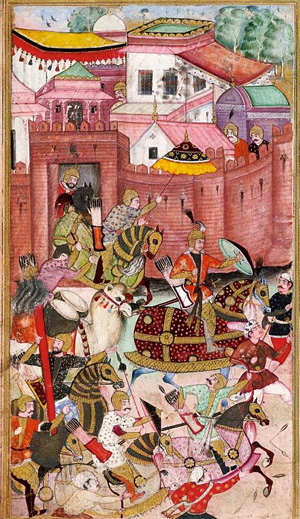 This royal house of former foreign minister Natwar Singh had only one king, Suraj Mal Jat, who won a little land south of Delhi as the Mughals declined in power. The family was promised they would be made rajas by Syed Hassan Ali Khan of Barha, who had no authority to do this, and was killed before he could try. But the Jats were desperate for the title. Suraj Mal’s father Badan Singh sent 5,000 to a defeated and bankrupt but still proud former governor of Gujarat (Sarbuland Khan) to please address him in his letters as “raja".

Khan returned the money, worth ₹ 24 lakh in today’s currency, addressing Singh only as “thakur". This was in the 1730s.

Suraj Mal made his money mainly from robbery. He died leaving behind a full, bursting treasury and an army of peasant Jats whose wages were 18 months in arrears.

The upward mobility strategy of the Kachwahas, a once-minor line of Rajputs, was to hand over their daughters to the Mughals. The change in the genetic composition of the Mughal emperors—Turko-Mongol Babur grew little facial hair, Akbar’s face was “Chinese-like, sparse of beard, small-eyed", according to Portuguese Father Monserrate, but Shah Jahan and Aurangzeb had luxuriant Taliban beards—can be attributed to generations of girls from Amber, the old capital of the Kachwahas.

Like all Rajput kings, they were fond of opium and not clever at accounting (being often bankrupt). The Kachwahas were easily bullied by the Marathas (though they slaughtered 1,500 unarmed Marathas shopping in Jaipur in 1751). They responded to financial crisis by committing suicide (maharaja Ishwari Singh) and were second-rate at fighting. A charge by just a thousand Rathors totally destroyed an army of 100,000 headed by Kachwaha hero “Sawai" Jai Singh at Gangwana in 1741. The Rathors were reduced to 70 men, but the Kachwahas lost many thousands.

They gave themselves fancy titles like sawai (one and a quarter), but it is difficult to see what merited such braggadocio.

The kingdom of Patiala was founded by Ala Singh, servant of Ahmad Shah Abdali (the title of “maharaja" was given to him by the Afghan invader for his services). The Patiala house fought in no great battles and spent most of its time trying to keep out the Manjha Sikhs (from across the Sutlej). They played them off against the Marathas, whose mercenary services the Patiala rulers would beg for and whom they would then refuse to pay. Not surprisingly, and in my opinion quite shamefully, the Patiala ruler ganged up with the British against the great Sikh hero, Ranjit Singh. 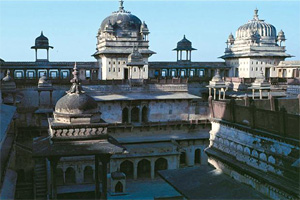 This kingdom was the reward for the murder of the finest Muslim scholar of the Mughal period. Abul Fazl, Akbar’s intellectual and secular companion and biographer, author of Ain-e-Akbari and Akbarnama, was beheaded by Bir Singh Bundela to please the drug-addled Jahangir.

The murder gutted Akbar, who “did not shave or take opium that day". For this murder, Bundela was made king of Orchha. The one interesting thing about Bundela’s rule is his architecture. Orchha has temples which are unusual because they have congregational space for Hindus, like in mosques and gurdwaras.

Tennyson’s Light Brigade charged from an act not of bravery but of incompetence (a general who couldn’t see the battlefield properly sent the 600 horsemen into the Russian guns). It is a shame that the great Rathor cavalrymen of Marwar do not have as famous a story or song for their many charges of epic scale.

The history of 18th century warfare in northern India is peppered with instances of the “wild Rathor horse" (Jadunath Sarkar’s phrase) thundering across the plain in a tight group, crashing into cannon and musket fire. Their mad charge at the guns of Mahadji Scindia’s French general de Boigne resulted in half of the 3,000 Rathors being blown apart by grapeshot.

The Rathors often lost hundreds of men before their momentum carried them through and, in William Irvine’s memorable phrase, “they sabred the gunners". It is thought that the Rajput kings in the Mughal army were equals of the Muslim generals. Not so.

Jodhpur’s maharaja Jaswant Singh Rathor, whose rebellion Aurangzeb would never forgive, was the thanedar of Jamrud, in Afghanistan. Not subahdar (governor) of the province, not even mayor of Kabul, but thanedar. Tiny Jodhpur always strained to rebel against Delhi. When Jaswant died, Aurangzeb tried to convert his infant sons but failed, beginning a long rebellion that helped end the empire.

The king of the Sisodia Rajputs of Mewar was the only one to hold the title maharana. All those famous battles of Rajputs losing to Mughals? Sisodias. Rana Sanga lost to Babur at Khanua. Rana Pratap lost to Akbar (actually Akbar’s servant, Man Singh of Jaipur) at Haldighati. The Sisodias were the last Rajput tribe to submit, fighting on till Khurram (later called Shah Jahan) defeated them.

The Scindias fled the field at Panipat. Young Jankoji fractured his arm and was caught. He was executed by his captor later.

Mahadji was shot in the buttock while fleeing and had a limp the rest of his life. We must not laugh, for he is the greatest man on this page. An illegitimate son (disliked by his fellow Marathas for this reason), he ended Muslim rule over India later in life, with his brilliant French artillery. His army’s salaries, which were three years in arrears, ultimately ruined him.

In any case, to be fair to the Scindias, the Holkars did not even fight on the right wing at Panipat. They just sat on their horses doing timepass. The great Malhar Rao Holkar refused to attack the Rohilla Najib-ud-Daulah (“my adopted son"). Only the Brahmin commander, Sadashivrao Bhau, and the lower-caste Marathi general Ibrahim Khan Gardi, who were both killed, fought well for the Indians.

Mahadji was a superb general later in his life but a poor administrator. Nine years after he died, the British took Delhi from the Marathas.

There is no reference to this family in any history I have read. Pataudi is near Delhi, which means that the property would almost certainly be Mughal “crown land" (whose revenue went directly to maintain the emperor’s household). The Pataudis are therefore probably zamindars more than royalty.

One part of the family migrated to Pakistan and retained its mercenary tradition. Sher Ali Khan Pataudi was a general in the Pakistan army, and his son Iskandar Pataudi was in the running to become ISI (Inter-Services Intelligence) chief this year but did not qualify.

There have been few truly noble among India’s rulers. Ahalya in Indore was one, and Sayaji III in Baroda. In 1804, the British captured Delhi and put an end to the pathetic story, depressing for any Indian brave enough to read it. By 1818, the British were supreme. From here, protected by their British masters and absolutely secure in their positions, India’s royals taxed their poor peasantry to maintain their palaces, go on junkets to Europe, and buy their Rolls-Royces.

The word “noble" is to be used with caution for this lot. A third-rate nobility for a third-rate nation.