More than half a billion people watched, on television, the first moonwalk on 20 July, 1969. Neil Armstrong’s words, “That is one small step for man, one giant leap for mankind," have become etched in stone, forever.

On 16 July, 1969, spacemen Armstrong, Edwin Aldrin (also known as Buzz Aldrin) and Michael Collins lifted off from Cape Kennedy, Florida, and headed to the moon. Armstrong and Aldrin spent 21 hours and 36 minutes on the moon before returning to the command module. Then US president John F. Kennedy had, in 1961, made it a mission to land a man on the moon then return to Earth. And this was the successful culmination of that mission, and the stepping stone for future space missions.

On the 46th anniversary of the moon landing, the Smithsonian National Air and Space Museum has started a crowdfunding campaign to preserve the spacesuit Armstrong wore on the moon. The target is to raise $500,000 on popular crowdsourcing platform, Kickstarter, to conserve the spacesuit in a specially created climate-controlled display case and also digitize the spacesuit with 3D scanning. The 30-day campaign is called “Reboot the Suit". At the time of writing the piece, 2,122 backers have already pledged $154,923. Depending on how much they pledge, Kickstarter backers will also receive goodies such as digital posters, mission patches, T-shirts, a 3D scan of Neil Armstrong’s glove, and a boot print decal from the Apollo 11 mission. (Participate here)

Armstrong’s space suit has not been displayed for the public since 2006. If all goes according to plan, the suit will be put on display at the Museum in Washington in time for the 50th anniversary of the Apollo 11 mission in 2019. 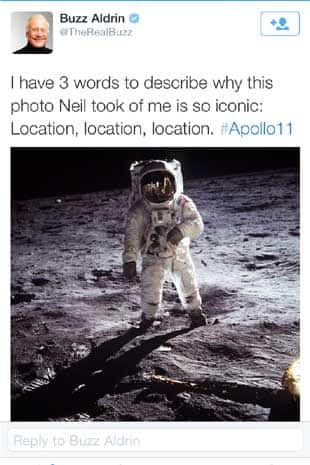 Restoring the suit itself will take some effort—there has been fading, damage and staining on the suit, which will all be documented before the repairs happen. The fibres still hold some amount of lunar dust, which will be removed and stored.

The Apollo 11 journey was the beginning of ambitious missions from NASA. Last week’s Pluto fly-past by the New Horizons spacecraft gave the world a close up, and the scientists a much better understanding, of what was otherwise a blurry dot in the solar system. In the near future, Aerospace company SpaceX (Space Exploration Technologies Corporation based in California) and aircraft maker Boeing, will launch space craft carrying NASA astronauts to the International Space Station.