In her first interview as Minister of Textiles, ahead of the first anniversary of National Handloom Day, Smriti Irani talks about why the sector needs sensitivity, engineering skills and education

Every minister is entitled to a soft landing among journalists. But when it is Smriti Irani, till recently one of the most headline-hogging ministers, and the new portfolio is textiles, till now seen as an unsexy, unglamorous ministry carrying the burden of an economically embattled sector, an interview runs the risk of an expected template. Two things could definitely be presumed: a slew of optimistic announcements and a new road map. It’s just serendipity that the first anniversary of the National Handloom Day is round the corner.

The waiting room in the ministry (MoT) is full of visitors in animated conversation. Since nobody is whispering, I fake-read a book I have carried but am eavesdropping. “Minister Irani" is being curiously debated here and the expectations are optimistic. When they are ushered in to her office, one of the men carries the bouquet of red roses he has been holding on to.

Also Read: How can farmers and weavers benefit from growing and weaving cotton cloth?

Then, it’s my turn to meet her. She looks up from her phone, a wide smile on her face. The pairing of her large, androgynous watch with a handloom sari would get a big nod from style aesthetes. Irani was an early convert to the sari— from the time she entered our drawing rooms as a faultless Hindustani bahu, and in all the visuals from her political life since. But she is a new convert to the “textiles" ministry. Now it’s time for the two realities to merge. Her #IWearHandloom campaign on social media earlier this week caught the pulse of handloom loyalists across ages and persuasions and trended on Twitter for more than 24 hours after her first tweet. She may be able to bring the two together to weave a reassuring story. After a cheerful chat on the funny situations in modern families, Irani says she is trying to get an overview of the sector, meeting handloom experts and fashion designers to better comprehend what’s going on and what’s needed.

Also Read: Bridging the gap between weavers and fashion

Most journalists would expect Irani to be well-informed, even incisive, but when she says that “we need to find ways to bring in engineers to repair the broken looms of weavers", it’s clear that we are into a serious interview. It’s been 20 days since she took over but her very first sentence suggests a divergence from the lament-stuck narrative of handlooms and brings in scientific temper. “Bringing engineers and technology to handlooms without losing sensitivity towards the traditional framework of weaving is important," she adds, improvising instantly to make it clear that she wasn’t suggesting “modernization" without consideration for weaver sentiments or conventional ways of work. This quivering nuance, in fact, lies at the core of the gigantic and layered challenges that face the ministry. In theory, it also puts the handloom and power-loom lobbies into their designated and relevant slots. Modernizing this sector, making it viable and profitable without letting its precious oldness lapse, will remain tricky terrain. Not only because of the recent governmental allocation of an additional ₹ 6,000 crore to textiles, the need to create new jobs and push exports, but because of the almost unnerving task of getting it right as the legacy of an India that was and the promise of an India that wants to be.

“To show support to a community which weaves the diverse fabrics of our nation’s rich heritage and brings national acclaim, the ministry has planned a series of activities to celebrate the second Handloom Day on 7 August," says Irani, falling almost inevitably into the rut of “positive announcements" from a new minister.

Also Read: Weavers in the studio

Sensing quickly perhaps that this may well sound like sarkari jargon, she moves towards specifics. “To address the skilling needs of weavers, especially relating to running successful small businesses, the MoT will sign a memorandum of understanding with the ministry or skill development and entrepreneurship to enhance soft skills, entrepreneurship and marketing. This initiative will help weavers run their operations profitably, increasing their ability to compete globally."

We are working with the National Institute of Fashion Technology and professional design groups to identify leading fashion designers to mentor weavers.

Irani accepts that her long-term familiarity with people in textiles and fashion design and her keen personal interest in the subject gives her a fair, if broad, idea of aspects that may need immediate attention. She thinks aloud: textile tourism, stores that sell some of the finest handmade goods at vantage points (“stuff that you can’t buy anywhere else," she says), including at airports as and when planning permits. “To create successful market linkages and ensure that weavers weave garments that are bought by the fashion community worldwide, we are working with the National Institute of Fashion Technology and professional design groups to identify leading fashion designers to mentor weavers," she says, adding that they will leverage Weavers’ Service Centres for these new networks.

“The minister has good ideas, you should listen to her," textiles secretary Rashmi Verma had told me a few days before this interview. I began to understand what she meant. 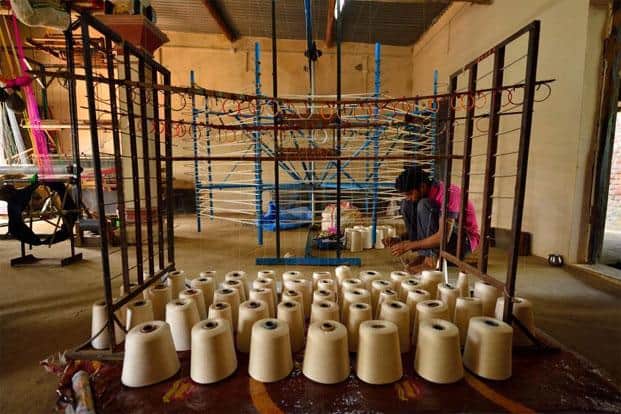 Textile tourism sounds exciting and doable. Strategized smartly, without looking like ethnic tamashas, linked to pop-up shows, guided tours by trained multilingual guides in select destinations like Maheshwar, Chanderi, Kanchipuram, Kashmir, Kutch, Rajasthan, Andhra Pradesh and Odisha, to name a few, related museum visits and shopping avenues for fine goods and high-street creations could change the many misinformed perceptions both Indians and foreigners have about this industry. It would also reap commercial gains.

On Irani’s wish list, and perhaps her most pertinent point so far, is educating the children of weavers. “How else can we even begin to motivate them?" she says. “We will enter into a partnership with the National Institute of Open Schooling and Indira Gandhi National Open University to fulfil the educational expectations of the weavers and children," she says, looking momentarily ponderous.

Just as well. In the current context of the Child Labour (Prohibition and Regulation) Amendment Bill, 2016, which has been amended after 30 years, both sentiment and action will be crucial. Though the amended Bill bans the employment of children below the age of 14, an exception has been made for children working in family enterprises. Handloom and textile work is primarily a family enterprise. Children work at the looms in villages, do embroidery and other delicate handwork, sew hems, or as in the case of some weaving households in Varanasi, spool the yarn after school hours. The India Handloom Brand, a branding exercise launched by the Prime Minister on the first Handloom Day last year, hopes to ensure that authentic handloom fabric is free of child labour.

So if Irani lives up to even a minimum promise within her maximum plan, she will have helped turn around what the whole sector fears: the slow and painful demise of handloom because the new generation sees no future in it as a riveting. lucrative career.

This section is the precursor to a special Mint edition on Handlooms.