As part of Prospect’s growing “At Home" roster, the drummer and his jazz outfit are joined by three other acts in a mini-festival format at the Garden, an ideal concert venue for this time of the year. 7.30pm. Steve Smith and Vital Information come on at 9pm. Garden of Five Senses, Saidulajab, off Mehrauli-Badarpur Road. Free. For details, contact Prospect A&M (4167-1030). 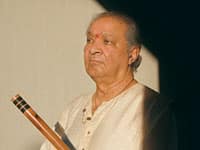 A talk and the opening of an exhibition by Delhi University and the Alkazi Foundation, of rare 19th-century photographs that will be juxtaposed with current documents of the sites and important maps that will highlight the geography of unrest and the strategies put in place by the troops, spanning the Uprising of 1857. Talk timing: 4.30pm. Conference Centre, North Campus (4143-7426). Exhibition timings: 10am-6pm. Free.

All you need for “photowalking" is a camera, walking shoes and a wish to see the city. You are not only walking with a group of fellow enthusiasts, you take photographs and document your walk as a group. And since Lutyen’s Delhi is the flavour of the season, that’s where this guided walk will take you. Noon-2.30pm. Meeting point: India Gate. See ‘www.photowalking.info’ for details. Free.

Dastkar brings together more than 200 organizations across India and helps them get fair prices for their goods, and preserve and update their design motifs. It was founded in New Delhi in 1981 by Laila Tyabji and other activists who sought to preserve and promote traditional crafts and textiles. This fortnight, Dastkar comes to town with its distinctive handicrafts at the invitation of the Kala Ghoda Association. Up to 40 organizations represented by the collective will park their wares over three days in Kala Ghoda. 11am-10pm. Kala Ghoda, Colaba. Call 2288-5572 for details.

Heart Matters: A scene from “A Mighty Heart’

On the surface, Anurag Kashyap’s new movie ‘No Smoking’ is about a rich and vain man who smoes more cigarettes than Humphrey Bogart and who gets a rude shock when he tries to stop. That’s also Stephen King’s ‘Quitters Incorporated’. However, King’s darkly comic short story, about a man who subjects himself to a hellish deaddiction programme, is but a point of departure for Kashyap. ‘No Smoking’ has less to do with nicotine dependence and more to do with an incurable addiction to cinema. In all major cinemas.

National Film School graduate Sandhya Suri’s delightful, seductive and deceptive documentary/home movie on her family—which arrived from India in 1965 to settle among the brightening pastel-coloured Cortinas and mini-skirts of an otherwise bland-looking Darlington—offers enjoyment on a number of levels. It draws very movingly on her doctor father’s own charming and ‘naïve’ Super-8 and handycam film which she uses to compose a surprisingly revealing and full familial biography. 8pm (duration: 1 hour, 10 minutes). Alliance Française Auditorium, Theosophy Hall, Nirmala Niketan, New Marine Lines (2203-6187). Call the Alliance Francaise for details.

Beyonce follows in the footsteps of ‘Beautiful Liar’ duet partner Shakira and performs in the city. The Beyonce Experience 2007 World Tour, brought to our shores by DNA Networks, will see the ‘Bootylicious’ singer performing with her all-female, 10-member band. The set list is likely to include songs from latest album B’Day, her biggest hits and a Destiny’s Child medley.

The Prithvi Festival opens with director Sunil Shanbag’s Hindi adaptation of The Three-penny Opera. For Mastana Rampuri, Agripada is both paradise and purgatory. It’s where the criminal makes his fortune and sates his hunger for women, and it is where he finally loses his edge. 6pm & 9pm (Prithvi Theatre box office hours10am-1pm & 2pm-7pm). Prithvi Theatre, Janki Kutir, Juhu Church Road, Juhu (6622-3737). Tickets ₹ 150. Students and senior citizens with identity cards will get special discounts if they book in advance. To book tickets online, visit ‘www.bookmyshow.com’. For home delivery of tickets, call BookMyShow on 3989-5050.

IIC Experience: A Festival of the Arts

The India International Centre’s week-long annual cultural festival is in its fourth year, and promises some rare treats across literature and the arts. The films section, called “Word to Image: The Literary Imagination and Cinema", gets together the film adaptation of some fine books, like Letters from an Unknown Woman, Oliver Twist, Anna Karenina, Old Man and the Sea and many more. India International Centre, 40 Lodhi Estate, Max Mueller Marg (2461-9431). Free.

Farida Khanum is to ghazal music what Kishori Amonkar is to khayal. The Pakistani singer is widely regarded as the world’s number one female ghazal singer, a position she has enjoyed for over three decades. Khanum’s recitals epitomise chaindari (a leisurely style of singing) and nafasat (the sensitive enunciation of lyrics), two essential ingredients for a good ghazal performance. It’s little wonder then that she is called Malika-e-Ghazal or Queen of Ghazal. 6.30pm. Nehru Centre Auditorium. Free. Call 2284-4420 for information on passes.