The JW Marriott is also affectionately called the “Juhu Wala Marriott", a nickname popularized by actor Amitabh Bachchan. It is indeed the Juhu-wala hotel, towering over the houses of its Bollywood neighbours: Feroz Khan, Anil Kapoor, Akshay Kumar, the Bachchans, the Chopras and the Deols, among others. In the backyard of Bollywood-dom (Andheri, Juhu, Bandra), this five-star hotel that turned 10 this year serves as an annexe to their palatial bungalows and high-rises, and as the favoured venue for most filmi dos—be it music launches, press conferences, product launches, weddings or the latest marketing gimmick—“success parties". 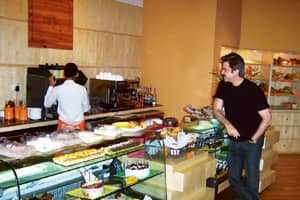 The biryani at Salman Khan’s home is legendary. Those of us who attended the music launch of Dil Ne Jise Apna Kaha in 2004 were surprised to see large pots of biryani being taken from Salman’s car to the hotel by the star’s man Friday, Shera.

And then there are numerous incidents unfolding in the Marriott’s rooms and corridors that have fuelled tabloid drama. Like this one: An action hero camped out in a suite here when he was going through a rough patch with his wife and found solace in the arms of a petite starlet. Rings a bell?

On any given day, walk into the Bombay Baking Company (BBC), the hotel’s bakery, and you are sure to spot at least one film star, director or producer discussing a new project, negotiating a deal or simply engaging in PR babble over a cup of coffee and a sandwich. It’s a great venue for incognito entertainment reporters to sniff around for a story—a starlet listening attentively to a narration from an ‘It’ director; a director gesticulating furiously to impress a big bucks producer; a young heroine hiding behind sunglasses (that fail to disguise her) as she rushes towards the elevators. A city tabloid once ran the story about a late night altercation between Abhishek Bachchan and Salman Khan at the hotel’s Lotus Café.

There are numerous stories from its nightclub, Enigma, that rocked to the Bollywood beats of DJ Aqeel in the early 2000s, where regulars such as Zayed Khan and Fardeen Khan would dance the night away in its VIP section.

The New Year’s Eve party at JW is notorious for signing up A-list actresses at exorbitant prices with the assurance that they will dress to impress, but abstain from obscenity. After all, they certainly don’t want a replay of the year Mallika Sherawat wore a body stocking with a beaded G-string and bra and offended the moral police while also surprising the management with her peculiar demands (the management decided to abruptly end the hyped show).

Many Bollywood stars are members of Club Marriott—the gym, spa and swimming pool. On a recent fleeting visit to Mumbai from New York, Abhay Deol reactivated his membership and rounded off his workout at the gym with a few laps in the beautiful swimming pool, only to return a few hours later to conduct meetings at the Family Room. 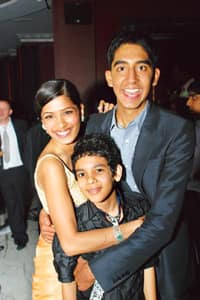 Actor Gul Panag opts to have her meetings in the elegant ground-floor bar. “Over the last few years, I have conducted many of my meetings at BBC, but when it became a place where you started running into everyone from Bollywood, I shifted venues to the Lotus Café and then to the bar, Reflections. After I return from my riding classes at 7.30am, the BBC is the only place where I can get coffee," says Versova resident Panag, who celebrates the 10th anniversary of being crowned Miss India this year. “In many ways, the Marriott and I have had a parallel journey, and besides the 10-year anniversary, it was also the place where I had my first meeting in 2002. I remember being in awe when I saw Anil Kapoor, Karisma Kapoor and Akshay Kumar there," says the actor of Straight—Ek Tedhi Medhi Love Story.

The relationship between the Bachchan family and the JW Marriott is well known. Jaya Bachchan hosted her husband’s 60th birthday celebrations here; Amitabh Bachchan was a regular at the gym until he built his own; and the hotel has hosted the weddings of both his children, Abhishek and Shweta. Bachchan Sr has a lot to recall: “The plot where JWM stands was a barren piece of land with palm trees in abundance when I walked in to Khwaja Ahmed Abbas’ office, just opposite it, for my first film. Since then, that region has gone through a sea change. There have been innumerable functions, both official and personal, held there. Personal guests visiting us get accommodated there, the swimming pool is a great boon when the grandchildren are in town, and as it’s just across the road, a late dinner or a private occasion gets immediate approval because of its proximity to our house."

But there’s much more to the JW Marriott and its relationship with the film industry than as a venue for events, meetings, hiding or working out. Every monsoon, preparing for the floods that plague Juhu, the Bachchans take advantage of the hotel’s elevation and park their vehicles there.