All Teju wanted as a little girl was to get aboard the trains that ran along the edge of the dusty village in Rajasthan where she grew up. On occasions, she would walk to the station 8km away, wait for a train to stop, and whisper, “Take me to the city."

At 13, when her family migrated in search of work, Teju did get to the city. Later, she also travelled with her husband, the folk singer and artist Ganeshbhai Jogi, to Ahmedabad and Mumbai. In a beautifully illustrated book by Tara Books, Drawing From the City, Tejubehan, in her late 50s now, and based in Ahmedabad, gives us the story of her life. 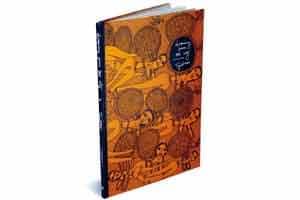 “It is like magic," says Tejubehan, over the phone. “Lines, dots, more lines, more dots…my hands started to draw these things." When she sees a girl going somewhere on a bicycle, she draws a whole group of girls, “all of them on their way somewhere". Not one to use the words “feminist" or “women’s liberation", Tejubehan likes drawing women doing things, being mobile, travelling, working. In her paintings of urban scenes, the cars always carry two women: one drives and the other looks out of the window. “I want to be both those women," she says.

Against the norms of their community, Ganeshbhai encouraged his young bride to sing with him. Their repertoire included Kabir, the Vaishnava saints of Gujarat and songs from the Sufi tradition; songs of hope and faith, the passing of seasons, and of love and surrender. In the late 1980s, they even travelled to Mumbai to give playback vocals to a Hindi film, Ketan Mehta’s Mirch Masala.

But when it became impossible to sustain their growing family (the couple have six children), they returned to Ahmedabad, where the artist Haku Shah encouraged Ganeshbhai to paint. He developed a style all his own—two-dimensional compositions made up of extraordinarily complex dots and lines. Ganeshbhai then encouraged Tejubehan to take up paper and pen. Eventually, their children came to paint as well, and art became a means of survival for the entire family. Ganeshbhai and Tejubehan were invited to art and craft fairs across the country.

A double-spread from Drawing From the City

“When Teju sent us her drawings, we felt that we needed to do something more to capture the worlds she had drawn, her sensibility, of growing up in a village and leaving it behind. We requested a Tamil writer, Salai Selvam, who has just such a lively sense of being from a village, to help us capture the spirit of Teju’s story, without adding or detracting from the events she had narrated," says Geetha. The English text in the book is a translation of Selvam’s idiomatic recounting.

Though Tejubehan and Ganeshbhai have been written about extensively, and their story has been told and retold not only in English, but in German as well, they hadn’t authored anything of their own. Given that, this book is a seminal, painstaking effort. Each double-page spread took her four-five days, says Tejubehan, “if she worked fast".

Last year, at the Frankfurt Book Fair, when Tara Books was presenting Tejubehan’s visual story—and before she could exult in being the first woman author from her community—Ganeshbhai died. He was 72, and singing at a temple. Drawing From the City is dedicated to his memory.

Tejubehan says she won’t sing any more. But she will continue to draw, using the Rotring pen that she shared with “Jogi".

Drawing From the City is silk-screen printed and bound by hand on hand-made paper. It will be available onwww.tarabooks.comfrom 1 June.