J.K. Rowling’s first book, Harry Potter And the Philosopher’s Stone, was rejected nine times before it was accepted by a publisher. By the time Robert Pirsig’s Zen And the Art of Motorcycle Maintenance: An Inquiry Into Values was finally published in 1974, it had been rejected 121 times.

When Kurt Vonnegut Jr submitted his account of surviving the Allied bombing of Dresden, Germany, to The Atlantic Monthly, this is the rejection letter he received: “We have been carrying out our usual summer house-cleaning of the manuscripts on our anxious bench and in the file, and among them I find the three papers which you have shown me as samples of your work. I am sincerely sorry that no one of them seems to us well adapted for our purpose."

There are many stories of famous authors whose first work was rejected by publishers. But they were no ordinary writers; they carried on and acquired iconic status. Someone less talented would have probably gone into a bout of prolonged depression. 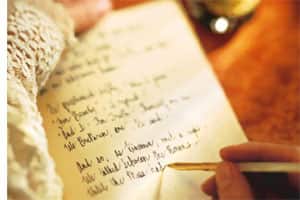 Stoneslide Books and The Stoneslide Corrective e-magazine have created an interesting “Rejection Generator" that “rejects writers before an editor looks at a submission".

This is how it works: If you dream of writing a book and are not sure of the publisher’s reaction, you visit the “Rejection Generator" at the Stoneslide Corrective website and choose from one of the several rejection options titled “Has no one told you?", “The Long Goodbye", and so on. Give your email id, and a rejection is immediately mailed to you. Here’s the reply that I received:

Your story has altered our understanding of human potentiality. We didn’t know it was possible for anything created by mortal hand and mind to be so perfectly awful. We now look out at the world with renewed eyes, expecting new horrors and unprecedented deprivations. Thank you for that.

The publishing company says the “Rejection Generator Project" has been “inspired by psychological research showing that after people experience pain they are less afraid of it in the future". It “helps writers take the pain out of rejection". In short, you get yourself “pre-rejected" before you submit your work for publication.

Each option is more devastating, more insulting and more humiliating than the other. The idea is to prepare you for the pain; you do it often and you develop a sort of rejection immunity. So I tried it again, quickly opened my email inbox, and the mail read:

Dear Writer: The next time you’re filled with self-doubt believe it.

You must be really thick-skinned to continue to write your book after this rude snub.

The nice thing about Google is that you get ready-made, fill-in-the-blank “generators" for anything you can think of. If you are writing a book and are stuck for a nice name for one of your characters, you can visit Be a Better Writer (Be-a-better-writer.com/) and use its “Character Name Generator for Creative Writers". And if your main character likes Chinese cuisine, you can go to an online Chinese restaurant name generator to get a name for his/her favourite takeaway.

Talking of books, here’s another interesting bit of information that I stumbled upon recently: It seems men and women have different writing styles. The website has a “Gender Genie" which uses an algorithm “to predict the gender of an author". The algorithm, created by a team of Israeli scientists, is based on some 600 published documents, and I don’t know how accurate it is but it claims to predict the sex of the author with 80% accuracy.

The “Gender Genie" has been around for many years but I had never heard of it. So I took the first two paragraphs of this column (they say it works best with at least 500 words of text), clicked submit, and the result was “The Gender Genie thinks the author of this passage is: male!" Quite cool.