Thanks for Visiting Mint
You seem to have an Ad Blocker on. Please turn it off in order to continue, or whitelist Mint
HOW TO TURN OFF AD BLOCKER
OR
REFRESH IF YOU ALREADY TURNED OFF THE AD BLOCKER
Home >Mint-lounge >Features >Can the new update make LinkedIn relevant again?

LinkedIn remains the most popular social media network when professional networking is concerned. It has a worldwide user base of 400 million and half of them access it through smartphones and tablets. For a platform that gets half of its traffic from the mobile, its mobile app looked quite monotonous and confusing. The new update is meant to set things right. It is the first major design overhaul in years and looks impressive. The key highlight of the update is the new interface which looks more streamlined and informal than the earlier version. It shows all that is relevant to a LinkedIn user on the Homepage. A user doesn’t have to wade through the multiple sidebars to look for the options available on it. At the top is a blue strip that carries six different icons with every icon representing one category. The app is divided into six categories— Homepage, Me, Messenger, My Network, Search and other LinkedIn apps. The Homepage is the main activity page which shows a series of Facebook-like posts. But unlike Facebook, it shows more of what is relevant to a user. So if a user’s work skill, conversations and job profile is related to information technology, it will show more content around it, besides posts by connections and companies they are following. One can also see what is trending in one’s area of work on other social media networks. 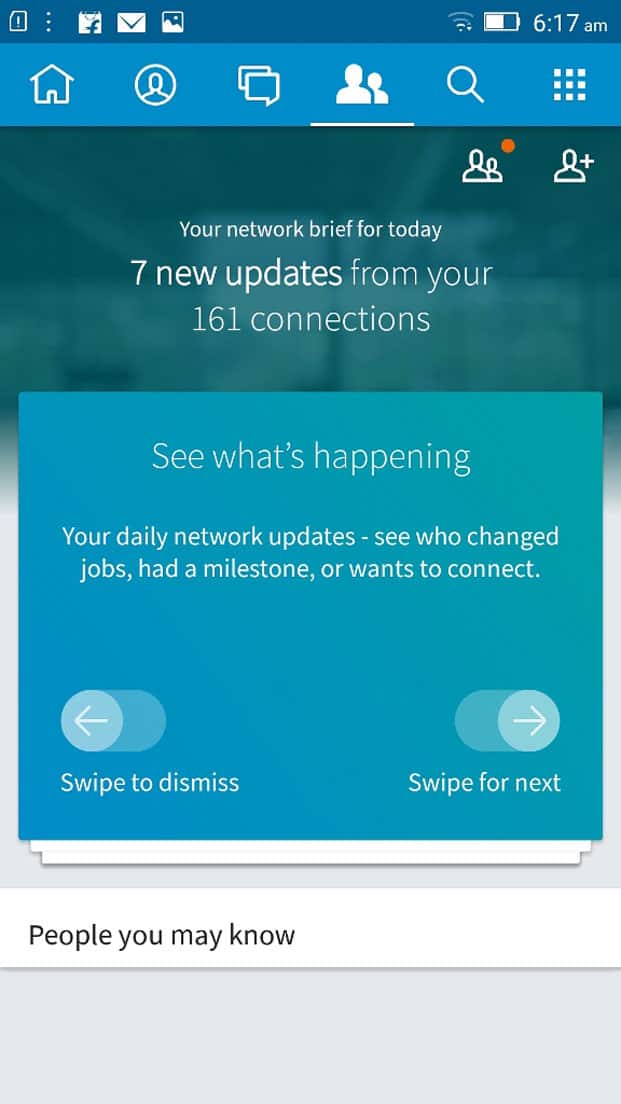 My Network is basically the notifications centre. All the updates are arranged like a stack of cards, where sliding towards right shows the next card. Every notification, be it a birthday, a friend’s new job or requests for a new connection, is presented on a card in such a way that a user won’t miss any of them. The idea is to ensure users stay updated with all that is happening on their network.

The old email option has been replaced with a Messenger. The good bit is that it works within the app and doesn’t ask a second app to be downloaded. Messaging is better than email as it is more popular with mobile users. It’s simple, more intuitive and faster than sending an email.

The fourth key feature is called Me. It is actually an extension of the profile where you can see who visited your profile, made comments or shared your posts. However, to see the entire list of visitors, you have to upgrade to the paid version. The free version shows only 4 to 5 names with their details at a time.

The Search tab has been improved and is more accurate and delivers faster results. 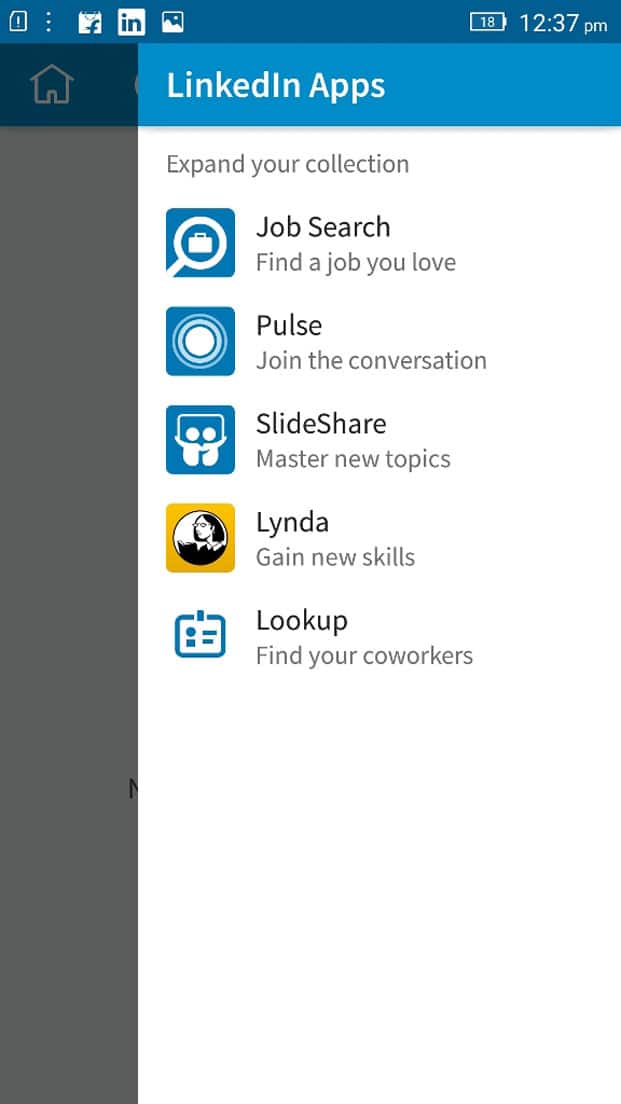 The last feature is Other Apps which serves as a window to other LinkedIn apps such as Job Search, Pulse, Slide Share and Lookup. If they are already installed on your phone, you can access them directly.

The new LinkedIn app has some new features but what we like more is the new design. It is uncluttered, more intuitive and easy to use. This is their first major attempt to catch up with other social media networks such as Facebook, which has a similar service called Facebook for work. However, Facebook for work is still in a very nascent stage. The update by LinkedIn was overdue, but it is still not too late for it.