Randeep Hooda plays the fantasy object of Raima Sen’s desires in this week’s release Mere Khwabon Mein Jo Aaye. Hooda plays a figment of Sen’s imagination, and he shows up as a desi Elvis and a bare-chested, boa-wielding Casanova. He will show off his waxed chest yet again in Rang Rasiya, Ketan Mehta’s forthcoming biopic of Raja Ravi Varma, which updates the Jean-Luc Godard dictum and asserts that all you need to make a movie is a girl and a paintbrush. 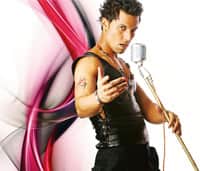 New Delhi-based historian Mukul Kesavan asserted in his famous essay The Ugliness of the Indian Male that “men in Hindi movies were ugly because they were Indian men and Indian men were measurably uglier than Indian women". Part of that theory has now been put to the test. Hooda is only the latest example of the empirically proven fact that heroes in Hindi cinema are now as impossibly good looking as their heroines. The year 2008 will be remembered for many reasons, including the improved box office chances of the small-budget movie and the migraines induced by Tashan and Drona. But the year also saw the ascendancy of the stud. Priyanka Chopra valiantly waved the flag for female empowerment in Madhur Bhandarkar’s Fashion, but she was cut to size in Dostana, in which co-star John Abraham’s chief acting brief seems to have been to send those tiny drawers as southward as possible.

Last year started off fortuitously with Hrithik Roshan in Jodhaa Akbar. Roshan’s testosterone-influenced version of Akbar proves that there is only one way to make Indian history relevant to the masses of young Indians that govern public taste. Keep it sexy, stupid.

Then came Imraan Khan in Jaane Tu… Ya Jaane Na. His boyish frame represented the hope that the Salman Khan body of acting (it’s in the pectorals, dude) had been hacked away for good. Imran’s uncle, Aamir Khan, turned up at the end of the calendar year in Ghajini to disprove this theory, but whatever women want, they certainly don’t care for men who wear so much foundation and roll up their sleeves like Yash Birla does.

The list only grew longer with Akshay Kumar in the television series Fear Factor and the movie Singh is Kinng, in which he played his Punjabi cowboy routine to the hilt. Although he couldn’t repeat his success in this year’s kung fu turkey Chandni Chowk to China, there’s no denying that the movie momentarily stops sagging when Kumar contorts himself in various martial art poses and gives us a glimpse of exactly what part of his acting we love the most.

The Pretty Boy Award for last year, however, doesn’t go to an actor. Now, all female journalists have interviewed Farhan Akhtar before Rock On!! and asked themselves one question.

Why isn’t this beautiful-looking man in the movies? Guess what! Akhtar fulfilled their desires. Like Hooda in Mere Khwabon Mein, only minus the camp, he turned up in Rock On!! and Luck By Chance, and on television to prove that some people look as delicious on camera as they look behind it.

In the clamour for female and gay eyeballs, some of us forgot the original Mr Sexy of contemporary movies. Shah Rukh Khan may have buttoned down for the role of Surinderji Sahni in Rab Ne Bana Di Jodi, but the same women who interviewed Akhtar have also interviewed Khan. They know that SRK drops quotes per nano second. He is sharp and attentive. He is courteous and charismatic. He laughs at himself and the world. He wears suits as well as George Clooney. Now if that isn’t the opposite of ugly, I don’t know what is.