The five players in men's singles to look out for at the first Grand Slam of the year. Between them, they've won the title 11 times

From the very first serve that will be sent down at Melbourne Park on 18 January, the first day of the Australian Open, the question that will be on everyone’s mind will be this: Can Novak Djokovic do it again? The defending tennis champion already has five Australian Open titles to his name; the first one came in 2008, and then there was a remarkable string of victories from 2011, interrupted just once, in 2014, by Stan Wawrinka. Who can stand in his way? A look at what the top 5 men’s singles contenders may have to offer in the season-opening Slam.

The supreme Serb may need to suffer an off-day if anyone is to prevent him from winning a sixth Australian Open title. Djokovic was virtually unstoppable in 2015, when he put together one of the best seasons ever seen: three Grand Slam titles among 11 tournament victories, and a win-loss record of 82-6. As the season closed, it was only the rapier backhand of Wawrinka in the French Open final that had stopped Djokovic from compiling the first men’s calendar-year Grand Slam since Rod Laver in 1969. The world No.1 also became the first player to top 16,000 ranking points, and currently stands on 16,790; nearly double the total of second-placed Andy Murray. All this in the year after he got married to his long-time partner Jelena Ristic, and became a father. He has picked up where he left off at the start of this season, beating Rafael Nadal 6-1, 6-2 in the Qatar Open final, a result which edged him closer to becoming the first player to reach $100 million (around ₹ 660 crore) in career prize money. Certainly Nadal was in no doubt about the quality of the opposition he faced in Doha. “I know (of) nobody playing tennis like this ever," said the 14-time Grand Slam winner. “Since I know this sport I never saw somebody playing at this level." 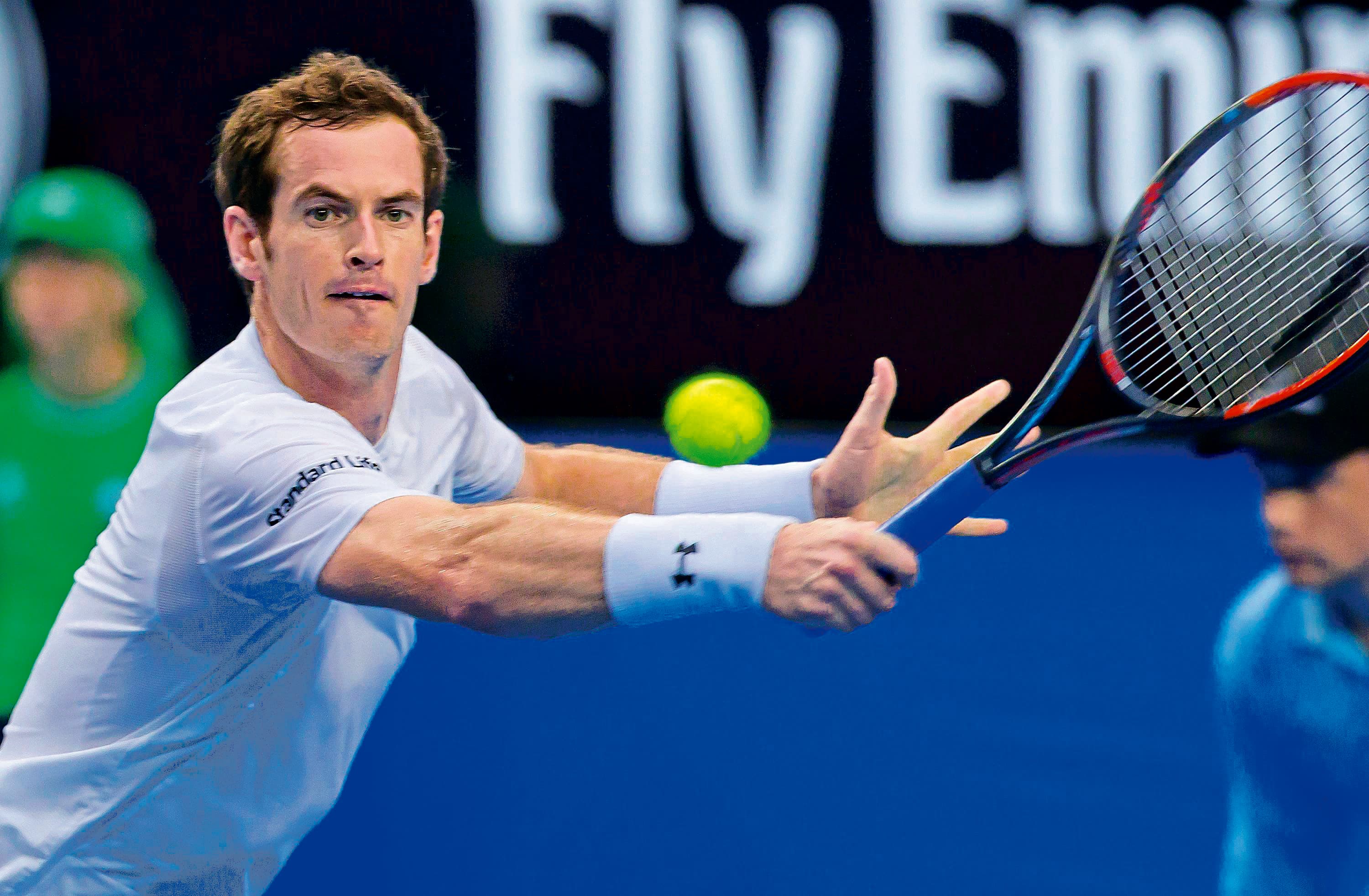 Murray has contested four Australian Open finals without winning any, a statistic he would dearly love to improve upon. Yet the portents do not look good for the Scot at this year’s tournament. Not only does Murray face the potential challenge of Djokovic, his former boyhood friend whom he has never beaten in four attempts at Melbourne Park, including three finals. But he also has the impending birth of his first child to consider. Murray has promised to fly home if his wife Kim Sears, who is due next month, goes into labour. Even if that means missing the final. “I’d be way more disappointed winning the Australian Open and not being at the birth of the child," he said. “Hopefully, it doesn’t come to that."

Murray won four tournaments last season, including two Masters titles, and finished the year as world No.2 for the first time. But his runner-up finish behind Djokovic in last year’s Australian Open final turned out to be his best performance in a major tournament. Murray’s partnership with coach Amélie Mauresmo, who took maternity leave last year, is set to resume in earnest and it could be just the boost the Scot needs as he presses for Grand Slam title No.3.

Retirement talk has all but abated for Federer but attention will be fixed firmly on how the superlative Swiss crafts the next stage of his late-career surge. The all-time Grand Slam record-holder has parted ways with former adviser Stefan Edberg and brought in Ivan Ljubicic. A former world No.3 himself, the Croatian has also worked with Milos Raonic and Tomáš Berdych, and is credited with an intimate knowledge of Djokovic’s game, as well as those of Federer’s other rivals. Federer lost to Djokovic in the Wimbledon and US Open finals last year, and piercing the armour of the world No.1 is a key challenge as he looks to add to his collection of major titles. Federer, the oldest man in the top 10, and without a Grand Slam title since 2012, has not had a trouble-free build-up to the year’s first Grand Slam—he suffered a flu-like illness at the Brisbane International and lost to Raonic in the final. 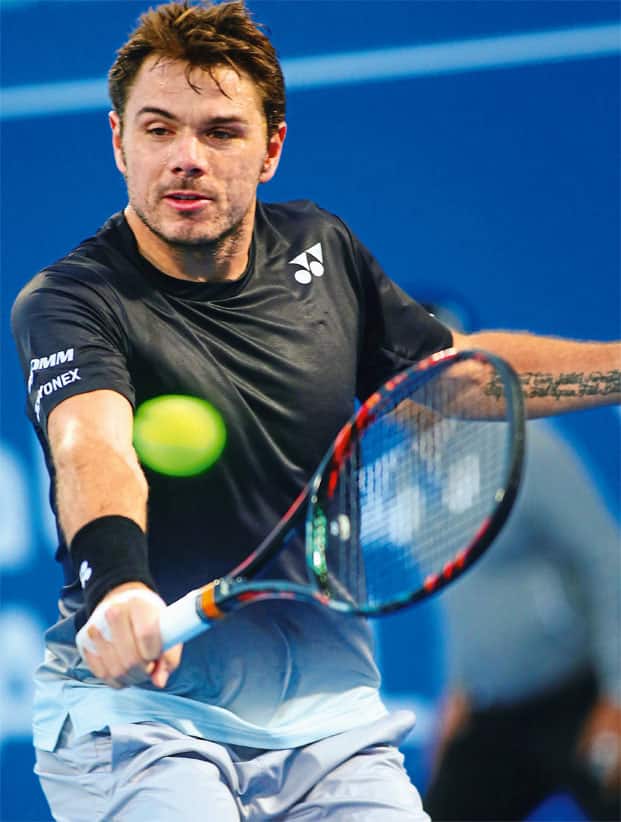 One of the few men to trouble Djokovic in recent times will be watched warily by rivals in the men’s draw. Wawrinka stunned Djokovic on his way to winning his first Grand Slam title in the Australian Open in 2014, breaking a four-year stranglehold over the Grand Slam titles by the men’s “Big Four". The rest of that year was indifferent but Wawrinka is firmly back in the reckoning after putting together his best season yet in 2015. He took four titles, including another chastening upset of Djokovic in the French Open final, as he chalked up his second major win. As so often for Wawrinka, it was his fearsome one-handed backhand that made the difference as he floored Djokovic in a defeat that ultimately denied the Serb a rare calendar-year Grand Slam. 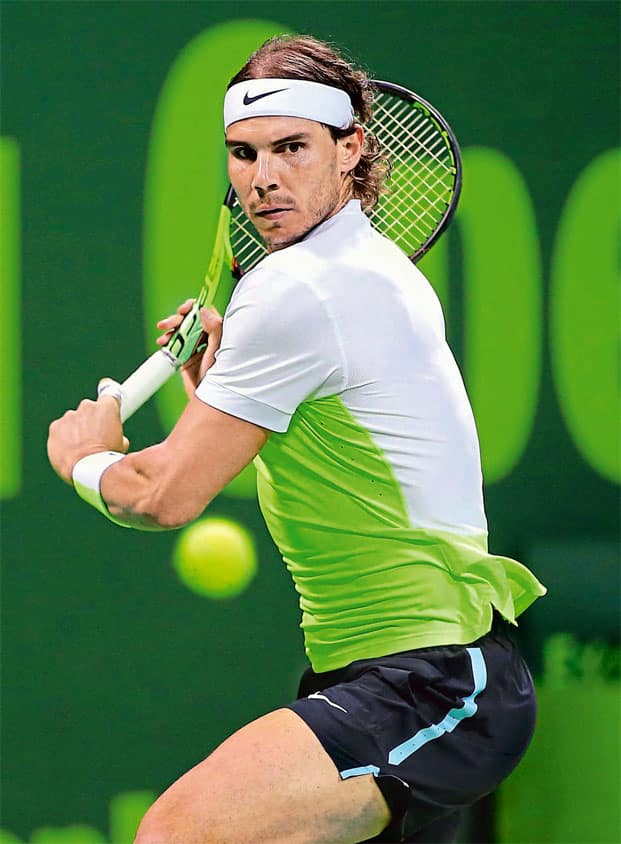 A wretched spell last year prompted Nadal to wonder whether his Grand Slam winning days were over as the oft-injured Spaniard looked a busted flush. But through sheer hard work, the indomitable Mallorcan seems to have fought his way back, if not to his very best, then at least to form that is capable of winning more titles. Nadal failed to win a major tournament last year for the first time in a decade, and saw his ranking drop to 10th before he clawed his way back up late in the season. Runner-up finishes in Beijing and Basel, and victories over Wawrinka, Murray and David Ferrer at the World Tour Finals, proved that all is not lost for Nadal.