Mahatma Gandhi called him a misguided “patriot of patriots". Others called him the greatest military hero in India’s modern history. But Subhas Chandra Bose, the maverick Cambridge-educated lawyer who threw away a career in civil service to join the freedom movement and became an anti-colonial icon, was more than that. His death in a plane crash prompted much myth and birthed a thriving conspiracy industry. Now Bose lives in the public imagination as “Netaji"; another popular Indian deity.

What has been lost in the process, as Sugata Bose writes in this magisterial biography of the man, was a “genuine understanding of who he was as a human being and of his place in history". On both accounts, the Harvard historian does a splendid job. 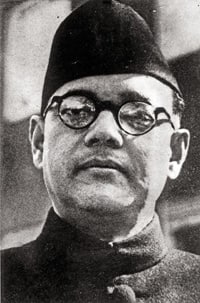 Netaji was a rousing orator and read voraciously, from philosophy to history and anthropology; he became a specialist of sorts of Irish history and literature. He was also a rare modernist, who believed in a strong, industrialized India free from caste and communalism. Netaji was also exceedingly brave and took enormous risks—hoodwinking the police to escape from India in the middle of the night, embarking on a rough and dangerous submarine voyage from Europe to Asia and boarding a dodgy Japanese bomber to try and reach a new battlefield. He turned into what the writer describes as an uncompromising, though not uncritical, anti-imperialist, decrying both the racism of Nazi Germany and the brute militarism of Japan, but allying with them to free India from British rule.

At the risk of sounding banal, it is almost tempting to describe him as a flawed Renaissance man.

The biographer—a grandson of Netaji’s brother, Sarat—displays considerable acuity in examining the icon’s complex love-hate relationship with Gandhi. It was a fascinating association between a wily saint and a robust warrior, a rebellious son and a stodgy patriarch. Netaji sometimes found a “deplorable lack of clarity" in Gandhi’s political strategy, regretting that the saint’s struggle was neither militant nor diplomatic enough. In the Congress, where he was elected twice and eventually “outwitted and outmaneuvered" by Gandhi, he fell out with his mentor over Congress participation in coalition governments in Muslim-majority provinces.

But did Netaji’s single-minded obsession with Indian independence end up tarnishing his legacy? Bose calls Netaji’s association with Hitler a “pact with a devil", and a “terrible price for freedom". His silence on the ghastly atrocities of Nazis and fascists remains inexplicable. “By going to Germany because it happened to be at war with Britain, he ensured that his reputation would long be tarred by the opprobrium that was due to the Nazis," writes Bose.

But Netaji was also a prescient man. He believed most Indians would never find communism appealing because of its “lack of sympathy with nationalism ... and (its) antireligious and atheistic elements". He understood Indians well—“India is a strange land," he wrote to his Austrian wife, Emile, in 1939, “where people are loved not because they have power, but because they give up power". Bose writes that Netaji would have been generous towards minorities and worked resolutely towards an equal power-sharing arrangement in independent India. But one could reasonably argue that he could have been outwitted again by the right-wing, hardline sections within the Congress. Did he put too much faith in the cohesiveness of Congress while trying to steer it to a more radical, militant position (the leftists wanted to break away, and there were socialist factions that were unwilling to shed their identities)? Was he naive to believe that a strongly cultural multi-faith nationalism would be good enough to make all communities live peacefully in an intensely fractured society?

On the other hand, his critics believe he could have easily turned into a dictator, citing his alliances with totalitarian regimes opposed to Britain. Netaji, writes Bose, did speak on three occasions supporting a period of authoritarian rule after independence to speed up socio-economic reform. Bose doubts whether the leader would have turned authoritarian—the “streak of self-abnegation", he writes “was stronger in his character than that of self-assertion".

Today Netaji has been appropriated by all, from the Hindu right wing for his military heroism and a misreading of his robust nationalism, to muddled Communists who did a volte face and now regard him as a patriot. Idealism may be infra dig today, but India’s stormiest petrel remains an enduring hero, and a reminder of the times when leaders dared to dream and walked the talk.

Soutik Biswas is the India editor of BBC News online.