One doesn’t need the sharp deductive logic of Sherlock Holmes to note his rise in popularity of late, with BBC’s Sherlock, the Guy Ritchie movies and now Anthony Horowitz’s The House of Silk.

In the last century, Sherlock Holmes has made comebacks with authors as varied as Stephen King and Nicholas Meyer, generally considered non-canonical. Horowitz’s book has been officially approved by the Sir Arthur Conan Doyle Literary Estate, and it should succeed with Holmes fans as well as people who aren’t familiar with the stories. 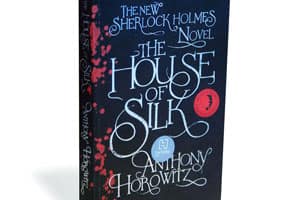 You can feel the dreariness of a smoggy London winter, hear the sounds of broughams on paved roads and smell the tobacco in the air (it made this reviewer, who is trying to quit smoking, reach out for a pack of cigarettes). Horowitz is faithful to Dr Watson’s somewhat stodgy narrative style, although he is slightly more maudlin than usual. He is an apologist who writes that perhaps he should have treated Lestrade, who is often referred to as rat-faced and ferret-like in the canon, in a more generous manner. But that doesn’t prevent him from describing the inspector as a rat forced to dress for dinner at the Savoy.

There are comfortable strains of previous works such as A Study in Scarlet and The Valley of Fear, with flashbacks in the US. We are reintroduced to the cast of familiar characters—Mycroft Holmes, knighted and the chancellor of a well-known university, Inspector Lestrade, the Baker Street irregulars, the gang of urchins who act as Holmes’ informants and a certain professor of mathematics (“My work on the Binomial Theorem is studied in most of the universities of Europe. I am also what you would doubtless term a criminal").

This particular novel is set immediately after The Adventure of the Red-Headed League. In one scene, when Holmes’ pockets are turned out, they reveal “a pair of pince-nez, a length of string, a signet ring bearing the crest of the Duke of Cassel-Felstein…several Greek coins and a small beryl". What tantalizing references to previous stories for Holmes geeks!

The puzzle, which consists of three related mysteries, is perhaps worthy of inclusion in the Holmes canon. There are clues and cryptic references to what seems trivial at the moment (“I wonder if Mrs Carstairs is able to swim?" asks Holmes, while gazing at a frozen circle of water at the scene of a burglary).

The great detective is swift with his deductions and crystal logic and the plot leads to a satisfying denouement, though readers might find the solution modernist and a bit incongruous. While Holmes is not exactly a cold, calculating machine here, he is true to his métier as ever, cryptic and brilliant.