The unusual annihilator of caste

An engineer, MBA and former CEO, Anand Teltumbde is also a leading scholar and activist for Dalit rights

The year was 1967. In the town of Wani in Maharashtra’s Yavatmal district, Anand Teltumbde, then 14, thought up a small rebellion against what he now calls “the hegemony of the RSS (Rashtriya Swayamsevak Sangh)". The class IX student, born to parents who were Dalit farm labourers, objected to some “Brahmin" students wearing black caps, usually worn by RSS members, instead of the white Nehru caps that were part of the school uniform. Along with some classmates, he formulated a plan to counter the “RSS boys".
With money he had earned painting cinema hoardings, Teltumbde bought 100 blue caps and distributed them among students. The sports teacher, whom Teltumbde recalls was a Dalit, “created a fracas" when he spotted so many boys wearing blue caps. When Teltumbde was taken to the headmaster, a Muslim, he told him that the students had “resolved to wear the blue caps till he ensured that every student complied with the school uniform". “He agreed, but pointed out that the boys wearing black caps were from rich and powerful families, and he would have to talk to their parents," Teltumbde recalls. “Whatever he did, the practice of RSS boys wearing black caps stopped." Did he know then that blue was the colour of Dalit resistance? “I didn’t know much except that blue was the colour of Dalits," he adds.

Five decades later, Teltumbde is recounting this story to students, PhD scholars and faculty members at the Tata Institute of Social Sciences (Tiss), Mumbai. “Was it a struggle or a movement? Whatever it was, it did have a specific strategic goal and we achieved it," he says. Teltumbde also mentions this episode early on in his latest book, Republic Of Caste: Thinking Equality In The Time of Neoliberal Hindutva, which is dedicated to his “unlettered mother Anusaya who epitomized the value of struggle". 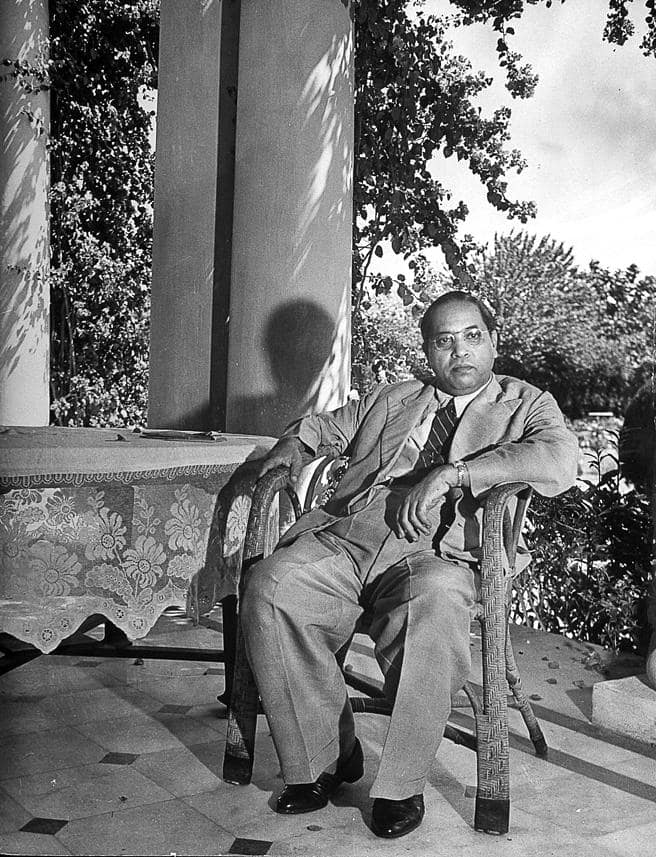 One of the best interpreters of B.R. Ambedkar’s writings and politics

After a panel discussion at Tiss, we move to one of the open-air theatres on the campus, where Teltumbde opens up on his life, which began in a small village called Rajur in Yavatmal district. “I have no particular memory of being discriminated against or an emotional trigger that I can say made me what I am. But I do remember some students (in Wani, where he enrolled after class VII), who were from better-off families, were dismissive of those like us who came from the villages. I was meritorious from the beginning and that gave me confidence early on," he says. Teltumbde has a degree in engineering from Nagpur’s Visvesvaraya National Institute of Technology and a management degree from the Indian Institute of Management, Ahmedabad. He also has a doctorate in cybernetics from Mumbai University. It is no coincidence that he has often argued that reservation for Dalits has, in fact, stigmatized them and consecrated caste in India’s polity.

There was this folklore around (B.R.) Ambedkar that we had to become like him, a ready role model. But I imbibed Marx much earlier than Ambedkar.- Anand Teltumbde

“There was this folklore around (B.R.) Ambedkar that we had to become like him, a ready role model. But I imbibed Marx much earlier than Ambedkar," he says, referring to a biography of Stalin he won as a prize in a school competition in class VII. It was during his pre-university days at Nagpur University’s Institute of Science that Teltumbde first read Ambedkar in the library—life was never the same again. “In Rajur or Wani, there was nothing to read on Ambedkar," he says.

Like Ambedkar, Teltumbde has been treading diverse trajectories. To the Dalit and civil rights movements, he is an academic-activist, theoretician, commentator—he writes the longest-running column in the Economic & Political Weekly—and the general secretary of the committee for protection of democratic rights (CPDR). Between Jagatikikaran Ani Dalit-Shoshit (Globalization And The Dalits), his first book in Marathi written in 1994, and Republic Of Caste, in 2018, Teltumbde has written 20 other volumes, 11 monographs, and more than 500 articles. Almost all his books have been translated into five-seven Indian languages. Currently, he teaches Big Data analytics at the Goa Institute of Management.

In Republic Of Caste, Teltumbde cites a question a student at the Indian Institute of Technology, Kharagpur, recently asked him. How and why did he begin writing on caste, class, and communalism? Teltumbde concedes his activism has always been at odds with what he did for a living. “But truth be told, I have enjoyed being at once in the belly of the beast and fighting it, sitting in the boardrooms of companies and also holding aloft red flags," he writes. Although he locates himself ideologically in the larger Marxist-leftist school, he points out he is not a rhetorical apparatchik. “I know business and I still talk left," says the former CEO of Petronet India. 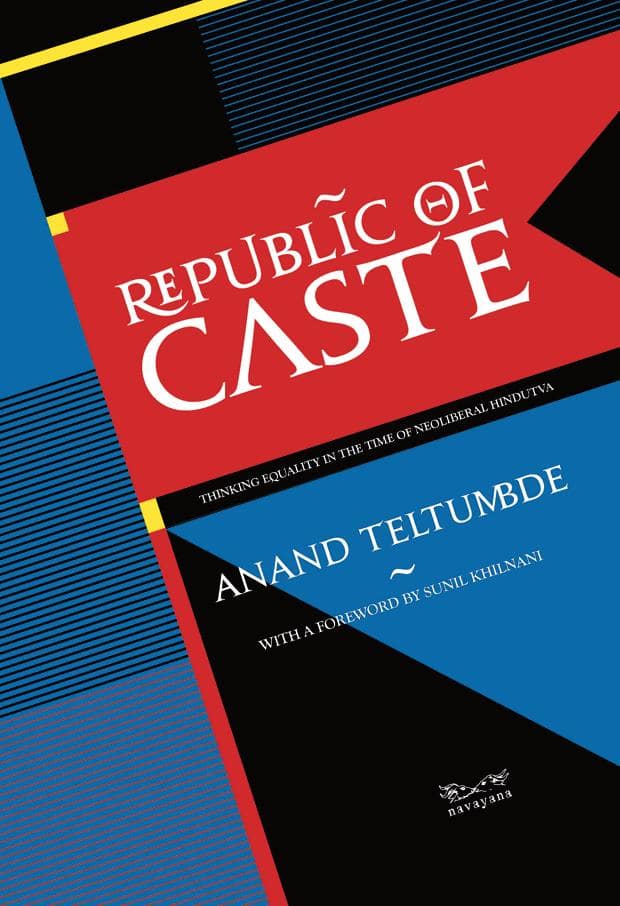 While Ambedkar’s Annihilation Of Caste, an undelivered 1936 speech, remains one of the most cogent indictments of the caste system, Teltumbde’s repertoire, including Republic Of Caste, establishes him as the cerebral annihilator of what he calls “the perfect design of the most exploitative and longest surviving man-made system in the world". Ambedkar prescribed “dynamiting the dharmashastras (Hindu scriptures)" that he believed taught Hindus “the religion of caste". In his writing and activism, Teltumbde has embraced the task.

Four clear themes emerge from Teltumbde’s academic repertoire: his persistent attack on caste; his critique of the Indian left and its failure to address “the dichotomy of class and caste"; the splintering and collapse of the Dalit movement post Ambedkar; and the ongoing project of neoliberal takeover of the Indian polity, the “saffronization of Ambedkar".

Teltumbde’s critical eye spares none. Not even Ambedkar. He unsentimentally presents Ambedkar’s activism and politics as being guided by the “philosophy of pragmatism" and critically examines his lifelong refusal to let Dalits resort to retaliatory violence as a more effective weapon of resistance. In Republic Of Caste, the strategic activist in Teltumbde calls for “defensive violence" by Dalits to resist the perpetrators of atrocities. He also argued in his Mahad: The Making Of The First Dalit Revolt (2016) that if the Dalits, led by Ambedkar to the water tank in Mahad in Maharashtra on 20 March 1927 as part of the satyagraha for their civil rights, had responded with violence to the violence started by caste Hindus, the retaliation could have marked the beginning of the end of the caste system. “I differ with Ambedkar on many things," Teltumbde says. Asked if this call to defensive violence could be misconstrued, Teltumbde quotes German philosopher Walter Benjamin. “I speak of violence in terms of Benjamin’s idea of divine violence. The importance of violence as a principle and strategy cannot be wished away." This principle of defensive violence gets defined in a stirring sentence in Republic of Caste: “The wrath of the wretched scares the world."

M.K. Gandhi also comes in for a savage but convincing condemnation for the “Harijanization of Dalits and the religio-spiritual humbug on caste". Teltumbde makes an eloquent link between Gandhi’s “visual rhetoric and patronization of Dalits" through his stay among the sweepers in Delhi in 1946, Rahul Gandhi’s “Dalitophilia" of visiting Dalit ghettos, and Narendra Modi’s “paternalistic" launch of the cleanliness drive from Valmiki Nagar in Delhi, “reinforcing the association between the balmikis and manual scavenging". Ironically, as it indulges in an “insulting appropriation of Ambedkar", the Sangh Parivar, which has protested the apotheosis of Gandhi, is itself replacing the “uncompromising thinker in Ambedkar with a deified object of rituals, a saffron Ambedkar", Teltumbde writes.

He adds that the vision of Hindu rashtra is a scary reality for India. “When I say Hindu rashtra, it is not mere rhetoric. The Modi government is giving a prototype of what Hindu rashtra means. Tomorrow, if they have the numbers, they may tinker with the Constitution. By that, I don’t mean they will take away the reservations—no one will even think of doing that—but they may tinker with the Constitution to make some structural changes in the polity," he says.

Despite such an impressive body of work and contribution to the cause of annihilation of caste, Teltumbde has, on several occasions, had to face the ire of people one could term his comrades. “Many people ask me to write an intellectual biography of Ambedkar. I know what I am going to write and I’m afraid of writing it because even Dalits today are not ready for a critical evaluation of Ambedkar," says one of India’s best interpreters of Ambedkar.

Annihilation Of Caste, by B.R. Ambedkar: A scathing indictment of the caste system, published as an annotated critical edition by Navayana in 2014.

Castes In India: Their Mechanism, Genesis, And Development, by B.R. Ambedkar: Initially a paper read by him at an anthropology seminar in New York in May 1916, it was published in 1979 by the Maharashtra government as part of a collection of his writings.

The Persistence Of Caste: The Khairlanji Murders & India’s Hidden Apartheid, by Anand Teltumbde: An investigation into the nature of caste and caste-related divisions in Hindu society in the context of the lynching of four members of a Dalit family in Khairlanji in September 2006.

Ambedkar’s World: The Making Of Babasaheb And The Dalit Movement, by Eleanor Zelliot: An enquiry into the Mahar movement in Maharashtra and the social and political forces that shaped Ambedkar and his activism.

Religion, Caste And Politics in India, by Christophe Jaffrelot: A study of India’s trajectory along religious and caste lines and their influence on politics and democracy.