There’s a persistent joke online that no new operating system or platform has really arrived until a ScummVM has been released for it.

ScummVM is a program that lets you play old, classic adventure video games from the 1980s and 1990s, with a focus on the work of companies such as LucasArts (which created the Monkey Island series, among other things) and Sierra (responsible for the Space Quest, King’s Quest and Leisure Suit Larry games). The movement to make classic video games playable on modern computer systems has been an endeavour fraught with copyright difficulties and technical shortcomings. But intrepid developers have made huge strides, and PC and smartphone owners today have access to a gigantic library of classic games available to play, albeit in a legal grey area.

The most popular method of playing old video games on modern systems is through a program called an “emulator", which mimics the workings of the original console the game was designed for, be it an old Nintendo Entertainment System (or NES, on which the original Super Mario Bros was released) or the Sony PlayStation 1.

It goes without saying that you’ll need the original cartridges or CDs in order to play these games legally, although many Internet sites offer pirated copies for free download. The best NES emulator is Nestopia (Nestopia.sourceforge.net), which supports nearly every game released for that system. For its successor, the Super Nintendo Entertainment System (SNES), try ZSNES (www.zsnes.com) or Snes9X (www.snes9x.com). The latter is also available for Android phones via the Android Market, though it’s recommended that you have a phone with a keyboard.

Similarly, there is ePSXe (www.epsxe.com), which can play all your PlayStation 1 CDs on your PC, and PCSX2 (http://pcsx2.net), which does the same for the PlayStation 2. A PlayStation emulator called PSX4Droid used to exist on the Android Market, but was taken down after Sony released an official “PlayStation Pocket" app, on which the company hopes to eventually release sanctioned versions of old PlayStation titles. All the major hardware manufacturers now do this on their current generation consoles.

Microsoft re-releases old arcade titles (such as the seminal Street Fighter II) via its Xbox Live service for prices starting from 800 Microsoft Points (its in-system currency, approximately ₹ 450). Nintendo does the same via WiiWare on the Nintendo Wii.

The most vociferous community of amateur game archivists focus their attention on old PC or home computer titles.

Video games as a medium are less than half-a-century old, and still within the copyright framework. Archivists work with a concept called “abandonware" —commercial titles still under copyright, but out of service or discontinued for various reasons. These could range from a shutdown of the studio that developed the game, or dubious ownership. Many classic gaming sites put up these games for free download, and agree to take them down if the creators request it. The biggest abandonware site used to be Home of the Underdogs, run by a Thai journalist called Sarinee Achavanuntakul. At one point it had more than 5,000 games and a wonderful discussion forum that keenly reconstructed the quirky classics that made the early days of the medium. The site has been down for two years, but an attempt to resurrect it is under way at www.hotud.org. Other abandonware sites include Abandonia (www.abandonia.com) and C-Dos (www.cdosabandonware.com).

The classic early 1990s sci-fi adventure game Beneath a Steel Sky, for instance, was officially released for free, and has been kept alive by a community of fans. It can be downloaded at the official ScummVM site at Scummvm.org. Another game from this era, I Have No Mouth, and I Must Scream, is still sold online at Harlanellison.com, while some others such as Bad Mojo, a Kafka-esque horror title, were remade in “high definition" and released for modern computer systems and game consoles.

To play a lot of old games, you’ll need a program called DOSBox (www.dosbox.com), which “emulates" the old DOS operating system. DOSBox is a bit technical, but you can download graphical “Frontends" that make it easier to use. DOSBox is just scratching the surface of possible games to play. For more, read up on Infocom’s famous text adventures from the 1980s, Bullfrog’s classic strategy titles and the golden era of mid-1990s football games (and the Sensible Soccer versus Kick Off fight).

Games you must try

The happiest confluence of amateur archiving efforts and emulators is when companies release their original titles for free. Here are some must-play classic games that you can legally, and freely, download:

The ‘Command and Conquer’ series was the epitome of quick, fun strategy games back in the 1990s. They games were known for their high-budget storylines, acted out (often poorly) by real world actors, and a simple user interface that became the inspiration for the genre for nearly two decades. The ‘Red Alert’ games featured an alternate history US versus Russia plot, while ‘Tiberian Sun’ has a sci-fi setting. Both games can be downloaded for free from CNET (Download.cnet.com) 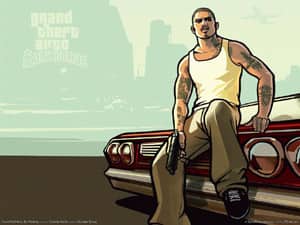 An earlier entry in the now famous ‘Elder Scrolls’ series of fantasy role-playing games, 1996s ‘Daggerfall’ features a gigantic realm to explore, guilds to join and missions to undertake. Known at the time for its high production values, it looks comically antiquated today. Still worth a play for the sheer scope of the world it depicts. Free download at http://www.elderscrolls.com/daggerfall/

A clever take on racing games from the creators of ‘Max Payne’ and ‘Alan Wake’. It’s been recently ported to the iPhone, but the original PC game is now free for download at www.death-rally.com

‘Mad TV’ was an aptly named German video game about life in a TV studio. You play a programming executive in charge of choosing shows and helping the network make money, while competing against other computer-controlled channels. Playable online at www.madtv-online.com

The legendary city-building game from maverick game designer Will Wright was released for free on the Web in 2008, as a donation to the One Laptop Per Child (OLPC) project. The free version is called ‘Micropolis’, and can be downloaded at www.donhopkins.com/home/micropolis/

Trains have always been a peculiar fascination for game designers, and this is one of the best train games out there. ‘Railroad Tycoon’ is an early game by ‘Civilization’ creator Sid Meier, and involves the building and upkeep of rail networks across the world. The game features a detailed simulation of many aspects of the construction business—supply and demand waxes and wanes with the economy, and there’s even a stock market to play around with. Free download at http://www.2kgames.com/railroads/railroads.html