Modern detective novels are apparently beginning to draw flak over their violent content. Just the other week, an interviewer asked me why I think there are so many atrocious descriptions of nasty deeds in pulp fiction today. Is the genre too misogynistic? Where has all the fun gone? 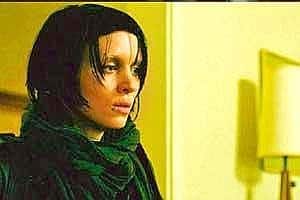 Ultra-violence: A screen version of the grim Lisbeth Salander

There was, of course, a time when fiction was less violent, when purloined letters led to blackmail, as in Edgar Allan Poe’s famous story—although it can be argued that blackmailing is a form of mental violence. So while it is true that there is more violence in today’s plots, as compared to the Golden Age of detective fiction, which ended circa 1940 when noir pulp became popular, what we’re actually talking about is crime fiction having developed a greater diversity. One can still read stories as decent as anything Agatha Christie ever wrote, yet more global in flavour, like The No. 1 Ladies’ Detective Agency series by Alexander McCall Smith. Today we have, thanks to developments in the genre, thrillers set in Africa, India, Thailand, Japan and Scandinavia—places that weren’t part of the pre-1940s canon.

If anything, the quality of crime fiction has consistently gone up—just consider the many literary masterpieces written in the form of mysteries: Umberto Eco’s The Name of the Rose in the 1980s, Amitav Ghosh’s The Calcutta Chromosome and Kerstin Ekman’s Blackwater in the 1990s, Julian Barnes’ Arthur & George in the 2000s... 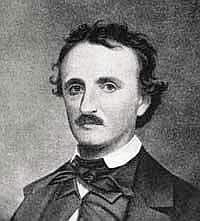 Ever since then, women have featured in proactive roles in thrillers. Think of Angelina Jolie merrily participating in shootouts on screen, or Lisbeth Salander, the pierced misfit heroine of the Millenium trilogy by Stieg Larsson, who after being raped, carves vengeful tattoos on the chest of her perverted legal custodian. There have even been some memorable women versus female monster fight-outs—remember Sigourney Weaver battling the Aliens, the biggest mamas of all horror movie creatures?

Is this misogyny, or has fiction become up-to-date with gender equality? Certainly, crime is no longer a credible amusement only for aristocrats like Peter Wimsey (by Dorothy Sayers), or priests like Father Brown (by G.K. Chesterton), but something that ordinary people, including women, grapple with, in fiction as in real life.

For example, the latest Swedish thriller sensation—She’s Never Coming Back by Hans Koppel—is violent enough to trouble even a hardened reader. In it, the suburban lifestyle of a typical middle-class family is disrupted when their psychopath-rapist neighbours kidnap the wife and hold her captive in their soundproofed basement. The plot is disturbing because it is reminiscent of several recent crimes, where female victims have been kept imprisoned for years.

Such realistic depictions of violence in fiction may perhaps be a creative response to the world of today. This, in turn, reminds me of a literary method popular in certain American creative writing workshops: “Dangerous Writing". The idea is to write about what upsets or scares you, to explore your greatest fears. The best example of a popular writer who employs the method is Chuck Palahniuk, author of the novel Fight Club on which the controversial and graphically violent 1999 Brad Pitt-starrer is based.

At the end of the day, I ask myself what the appropriate connection is, or should be, between fiction and reality. While I regret that violence exists in reality, I doubt that fiction can completely revert to an era of purloined letters. There is unlikely to be a huge international readership for a trilogy about misplaced wallets, lost kittens and food adulteration. For obvious reasons, readers gravitate towards the books that address their issues and worries, and if reality is violent, then books about violent crime are perhaps the inevitable outcome.

Consider how cinema and television bombard the unsuspecting entertainment seeker with images of evil day and night. Screen time is expensive time, so films rarely bother much with analysing the violence they broadcast. A novel, on the other hand, offers a space for reflection and is perhaps the last resort for human beings who need to understand what lies behind brutality. Pages can be devoted to a violent deed—unpacking the scary stuff at a pace that allows a reader to analyse the goings-on.

It would seem, therefore, that one reads thrillers either for the thrills (a cathartic process similar to the one Aristotle postulated regarding ancient Greek drama), or for therapy (to help one think through one’s worries that may be echoed in them), but not for fun, surely? Can murder ever be considered fun, except by a certified sociopath? Probably not.

Zac O’ Yeah is most recently the author of Once Upon a Time in Scandinavistan.