Some days ago I had a let’s-listen-to-new-Bollywood-tracks day, and the experience left several questions in my mind. One of them has to do with the idea of perfection, and with a musician’s constant desire to sound pitch perfect. Most and possibly all systems of music lay great emphasis on accurate pitching, and most students of Hindustani music will acknowledge the importance of being sureelaa that is sure to have been drilled into them through their mentors and gurus. Despite that, I found myself wondering whether perfection in pitching can, at times, be unreal. I think the key to that discussion definitely lies embedded somewhere in the complex world of Indian film music. I write what I am about to write with great trepidation and even greater humility, and with absolutely no intention of running down contemporary film music. 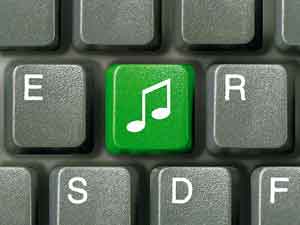 But I wonder why voices in the Indian film industry these days often tend to sound a bit unreal; perfect but almost like mannequins with a fixed glassy stare and a stiffness that is lifeless and unnatural. Likewise, the voices too are dressed up to sound pretty, almost perfect, but there is something about them that is too processed and hence too perfect, and to my ear, it is this quality of being over-perfect that actually lets the cat out of the bag.

I am an ardent admirer of technology and gadgetry, but when it comes to listening to music I still prefer to rely on the good old pair of ears that the good Lord has blessed me with. And what that pair of ears is detecting is an overdose of technologically manipulated and modified voices that is turning some lovely and many not-so-lovely voices of singers into aural mannequins—with an unreal sheen and perfection that is too cosmetic for my taste. I also sought some informed advice. A brief conversation with award-winning audio engineer Tanay Gajjar revealed that pitch correction software is, and has been for some time, the rage in Indian film music. It is used possibly on every single track that is recorded for Indian films.

So does that mean that today’s singers do not pitch accurately, or in plain terms, sing off-key? No, says acclaimed composer and music director Debajyoti Mishra, who unhesitatingly vouched for the tonal accuracy of singers in the film industry. But he also added with a tinge of regret that pitch correction software is indeed applied almost universally.

Strangely, pitch correction seems necessary only for voices of singers, and not for instrumental sections of a track. On this issue though, Gajjar and Mishra, with their vast and varied experience, have differing views. The former confirms having used pitch correction technology on instruments such as the flute and violin, particularly in solo parts. Mishra, on the other hand, stated that the treatment is reserved only for singers.

While there has been severe criticism of the overuse of these plug-ins outside India, it seems a pity that in a country where beautiful voices are being discovered every day, we are letting auto tuners and pitch correctors get the better even of voices that are known to be pitch perfect.

In the meantime, I am considering following the example of American indie band Death Cab for Cutie, who wore blue ribbons to the 51st Grammy Awards to protest the use of pitch correction software. Join me, anyone?

Write to Shubha at musicmatters @livemint.com