Manila: Currency markets are in the doldrums. Since April 2010, the yen has appreciated by about 12% against the dollar. For the first time in six years, Japan unilaterally intervened in the exchange market in September drawing adverse reactions from the US and Europe. 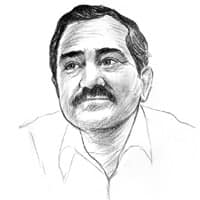 In China, after the June decision of allowing more rate flexibility, the renminbi has nominally appreciated against the dollar by about 2% as of early October. Active foreign exchange purchases held the renminbi down, while reserves surged by $194 billion in the third quarter to a record $2.65 trillion. Fred Bergsten, director of the Peterson Institute, thinks the renminbi is undervalued by between “[at least] 25 and 40%". The rapid yen appreciation coincided with the deployment of a part of Chinese reserves in yen. Some allege that interventions to hold the renminbi down is distorting the global currency system by forcing other emerging economies to intervene and undermining recovery.

India, Indonesia, Malaysia and Thailand have experienced the strongest real effective exchange rate appreciations so far in 2010, and their currencies were close to 10-year highs in August. In Brazil, in spite of interventions that have pushed foreign reserves up 18% this year to a record over $280 billion, the real has gained 38% since the end of 2008. Goldman Sachs says that the real is the most over-valued currency in the world.

Brazilian finance minister Guido Mantega last month declared that the world was in the midst of a “currency war". Some suggest that the large and growing Chinese reserves hangs like “a target around the neck of China’s exchange rate regime". War or no war, there is palpable war-like uncertainty. Will the uncertainty reduce by November with the Federal Open Market Committee (FOMC) meeting and the Group of Twenty nations’ (G-20) summit?

On 2-3 November, the FOMC—the key committee of the US Federal Reserve System—will decide whether monetary policy in the US should be further eased or tightened or kept unchanged. Some quantitative easing is expected, but some residual uncertainty remains whether it will be incremental of say roughly $100 billion per month or, follow a “shock and awe" approach of a large upfront commitment of $500 billion to $1 trillion.

The two-day meeting of G-20 finance ministers and central bankers, which ended last Saturday in Gyeongju, South Korea, promised to refrain from a currency war, double the International Monetary Fund (IMF) quota and to give fast-growing countries a greater say at the IMF. The agreement to “move toward more market-determined exchange rate systems that reflect underlying economic fundamentals" fell short of the US proposal to limit the surplus or deficit on the current account to less than 4% of the gross domestic product (GDP) by 2015. It is unlikely that the G-20 summit on 11-12 November will go far beyond this general agreement.

Devaluation for prosperity? We seem to have come a long way. Recall the intense and widespread political reaction to the 1966 devaluation of the Indian rupee. The opprobrium attached to the IMF in developing countries came partly from its advocacy of devaluation in the face of balance of payments problems.

The wheel has turned a full circle with a proliferation of countries trying to manage their exchange rate down through intervention and the IMF advocating “greater exchange rate flexibility", a coded phrase for allowing appreciation. A weaker exchange rate makes a country’s exports cheaper, and boosts a key source of growth.

The standard recipe for a country afflicted by balance of payments problems is the pursuit of deflationary policies. But with the dollar universally accepted for international transactions, the US does not have a financing problem for its balance of payments deficit. Thus, it is not forced to deflate and wants the rest of the world to inflate—including through expansionary policies and currency appreciation—to solve the US problems, while the rest of the world wants the US to deflate and attain external balance.

The financial crisis triggered by global macroeconomic imbalances from the second half of 2007 is not quite over. The recession in the US from December 2007 technically got over in June 2009. Revival’s green shoots, which Federal Reserve chairman Ben Bernanke saw as early as March 2009, have not grown robustly. Unemployment in September 2010 was still as high as 9.2%.

The fundamental cause of the recent financial crisis lay in policies that resulted in overconsumption in the US and underconsumption in China. There have been some improvements as reflected in the expected decline in 2010 (relative to 2004-08 average, as a proportion of GDP) in the US current account deficit and Chinese current account surplus to 3.2% (from 5.4%) and 4.7% (from 8%), respectively. But a lot more needs to be done before declaring victory. Even after adjustments, in 2010, the savings rate in the US at only 12.4 % is about a quarter of that in China!

In the meantime, countries are likely to try preventing their currencies from appreciating either by following loose fiscal and monetary policies (like the US) or by intervening in the foreign exchange markets (like China). Will the currency war lead to a old-style trade war? Will the US, for example, impose restrictions on imports from China, through the proposed Currency Exchange Rate Oversight Reform Act 2010? It may be difficult to have a WTO-consistent trade remedy for an undervalued currency of a competitor.

Some recent years have seen sizeable investment flows from low-growth, low-return rich nations to faster-growing emerging economies. The scent of future appreciation together with low interest rates in advanced economies will accelerate these flows and exacerbate the upward pressure on exchange rate of emerging economies. To contain capital inflows, Brazil imposed a financial transactions tax on foreign investments in fixed-income securities of 2% a year ago and recently increased the tax to 6%. Such capital account measures are likely to proliferate. Furthermore, some developed countries may ban countries such as China with large reserves investing in their government securities by allowing sales to official institutions only from countries in which they themselves are allowed to buy and hold public debt, and thereby increase the cost of holding reserves. Whether and when it will happen and what the reaction will be is difficult to tell. After all, the US-China relation is a delicate one. Just as US as a debtor is too big to fail for China the creditor, China as a creditor is too big to annoy for the US.

Ashok K. Lahiri is an executive director, Asian Development Bank (ADB), Manila. The views expressed here are personal and do not reflect those of ADB.