London: European stocks fell on Tuesday, retreating from near-seven month highs, as investors booked recent profits following a long-awaited deal over a new bailout for Greece that failed to dispel concerns over the outlook for the troubled country.

However, fund managers and traders said cheap valuation levels and the prospect of a second long-term funding operation by European Central Bank due next week limited the losses and should support European equities in the medium term. 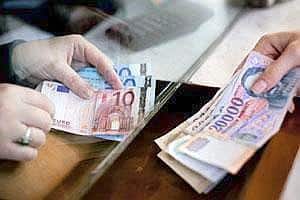 “Some have been buying after the Greek deal but others think it was priced in already and that this has been a great opportunity to go ‘short´. Our daily sentiment indicator reflected that this morning."

The widely-expected deal was seen as removing the risk of a messy debt default that would have had a major impact on euro zone lenders as well as on other euro zone debt-troubled countries such as Portugal and Spain.

However, doubts remained as to whether the bailout would do much more than help Greece face its most pressing debt problems.

“We’ve dodged the iceberg. We haven’t moved out of the ice field. There are no plans for growth (in Greece)," said Justin Urquhart Stewart, director at Seven Investment Management.

Banking stocks, which feature among the top gainers so far this year, lost ground on Tuesday, with Intesa SanPaolo down 3%, Deutsche Bank down 2.9% and UniCredit down 2.2%.

The brisk rally has been fuelled by the European Central Bank’s massive funding operation in December, when it offered three-year money at rock-bottom interest rates, drawing demand of close to 500 billion euros ($658 billion) and easing tensions in the credit market.

The ECB is set for a second long-term refinancing operation next week and economists polled by Reuters expect it to attract roughly the same volume of bids.

“You’re losing cash in money markets while with Bunds you just offset the inflation so in that sense equities, with their strong dividend yields and the upside potential of the stock prices, represent an attractive asset class at the moment," said Alain Zeitouni, portfolio manager at Russell Investments, which has 108 billion euros ($143 billion) under management.

Russell Investments is ‘overweight´ equities, with a positive bias towards defensive sectors generating strong cashflows, and favours euro zone stocks, which have lagged US peers over the past 3 years.

“In Europe, we have priced in the worst-case scenario, while in the United States, the negative risks such as the country’s abysmal budget deficit aren’t really reflected in prices, and earnings growth is set to lose steam. So there is scope for a catch-up rally in Europe."