European debt crisis will persist for a while

European debt crisis will persist for a while

Mumbai: Stock markets worldwide have been volatile on fears of contagion from the European debt crisis. Alastair Newton, political analyst at Nomura International Plc, said in an interview that the markets have probably overreacted. Edited excerpts:

What have you made of the market reaction to the European debt crisis?

Overall, one has to say that the markets probably have overreacted to what’s being going on in the euro zone for the last few weeks and months. We have always taken the view that the risk of sovereign default is very low. Now that we have the EU-IMF (European Union-International Monetary Fund) support package in place, we have seen an overreaction.

What’s the thing to watch from here on? 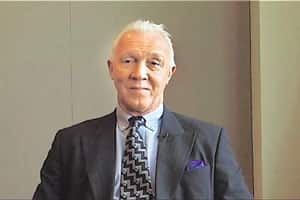 Will there be any medium-term ramification of what’s been happening?

It’s been very interesting—what we have seen in the course of last five months since the start of the year. We saw a very big rally in the markets at the start of the year, particularly in equity markets. There was a sense of may be the worst of it was over and then in the last few weeks, based in part on debt concerns, we have seen a big return to risk aversion, strength in dollar, weakening euro, concerns about whether the euro zone economy is going to slow to a point which affects the big exports markets and exporters in Asia, particularly China.

Personally, we were always likely to get to the stage because the markets have been looking forward to the point where the big debtor economies start to implement strategies when fiscal or monetary stimuli are removed. There will be an impact on the real economy when that happens.

Where do emerging markets (EMs) fit into this puzzle?

EMs have done pretty well on the whole globally through this crisis. In Asia, we have seen some outstanding performance, not least from India, of course, which has come through the crisis. There are vulnerabilities and they tend to be in what is loosely termed peripheral Europe. The central Europeans, which are exporters, will continue to struggle.