India's rating lags the worldwide average, but is roughly in line with that of other BRICS nations

Close to 76% Indian adults do not adequately understand key financial concepts, found a global survey conducted by Standard & Poor’s Financial Services LLC. The S&P’s Ratings Services Global Financial Literacy Survey found that this number is lower than the worldwide average of financial literacy, but it is roughly in line with other BRICS (Brazil, Russia, India, China and South Africa) and South Asian nations. According to the survey, three-quarters of Asian adults and two-thirds of adults worldwide are not financially literate.

The survey was conducted in 2014 by Gallup (an American research-based, global performance-management consulting company) as part of the Gallup World Poll while the analytical support was provided by researchers at the World Bank and the Global Financial Literacy Excellence Center at the George Washington University. For the survey, interviews of more than 150,000 adults across over 140 countries were conducted. Individuals were tested on their knowledge of four basic financial concepts: numeracy, risk diversification, inflation, and compound interest (savings and debt). A person was defined as financially literate when she correctly answered at least three out of the four concepts. 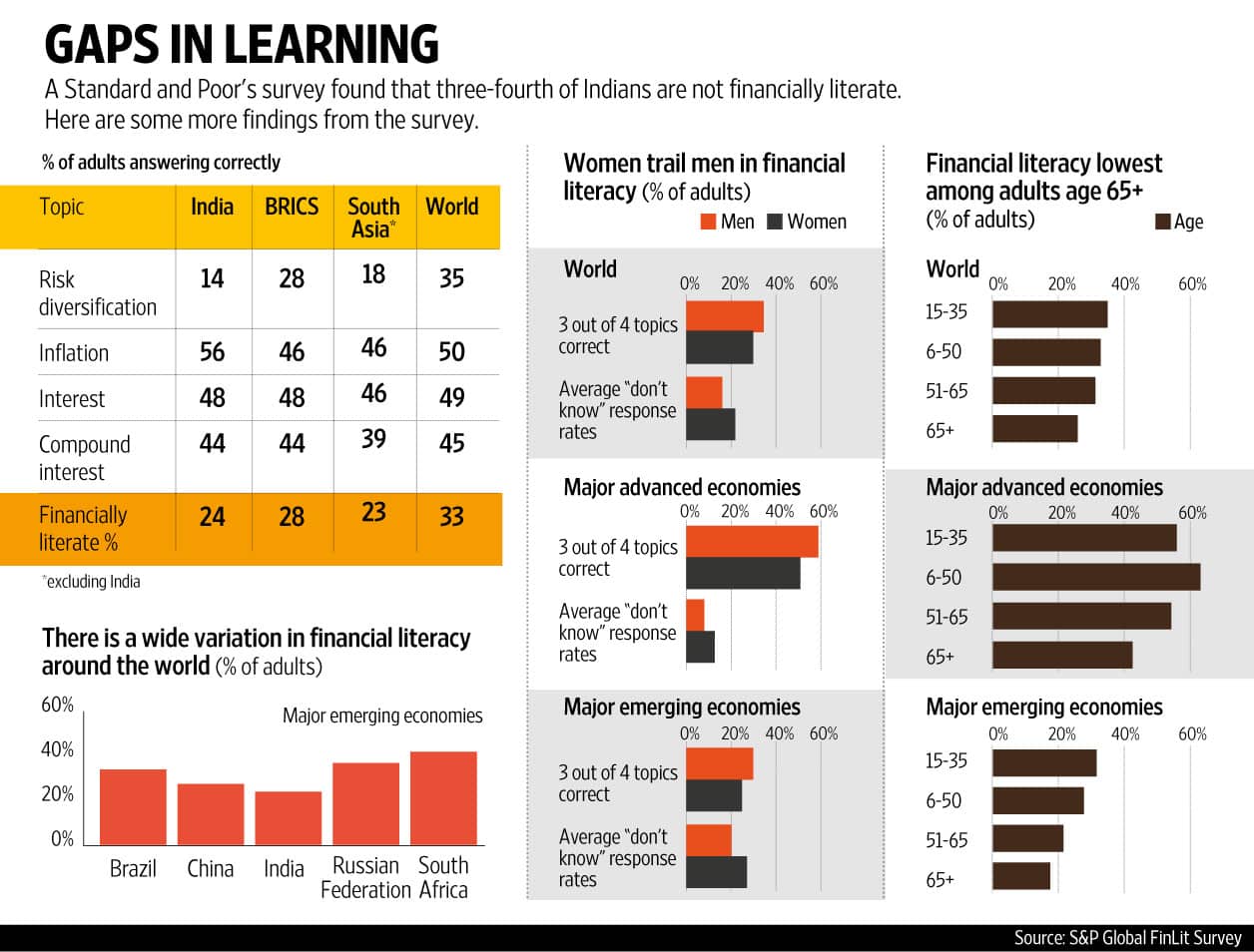 Of the questions asked, only 14% of Indian adults answered the one on risk diversification correctly, and just 51% understood compound interest. On the other hand, 56% answered the question on inflation correctly. What is interesting is that about 39% of adults who have a formal loan are financially literate, while 27% of formal borrowers are not financially literate. With regards to the participants’ knowledge of financial products, a mere 14% of Indian adults said they saved with a formal financial institution.

There is a material gap between men and women in almost every country. Worldwide, there is a five-point gender gap, with 65% of men not being financially literate compared with 70% of women. In India, the gap is wider with 73% of men and 80% of women not being financially literate. While women are less likely to provide correct answers to the financial literacy questions, they are also more likely to indicate that they “don’t know" the answer.