Beijing: China’s central bank cut benchmark interest rates by 25 basis points on Thursday in a surprise move to shore up slackening economic growth, its first rate cut since the depths of the 2008-09 financial crisis. 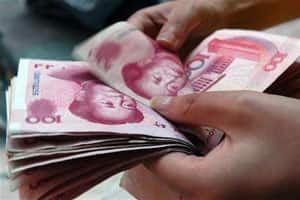 The consensus view of economists had been that the PBOC would refrain from an outright cut to interest rates in 2012 and instead cut the required reserve ratio (RRR) of the country’s banks to boost credit creation and deliver money supply growth in line with the 14% official target.

“This is very positive for risk appetite and is indicative PBOC are there to support the Chinese economy. If anything I am surprised the moves so far look quite muted," said Michael Sneyd, a currency strategist at BNP Paribas.

“We would expect to see more investors put on risk positions," he said.

The PBOC has cut RRR for the biggest banks by 150 basis points from a record high of 21.5% in three moves since November last year, after a two-year tightening campaign to rein in inflation and cool steaming economic growth.

The last change to the borrowing rate was in July 2011 when the 1-year benchmark lending rate was raised by 25 bps to 6.56%.

However, China is now on track to deliver its weakest quarter of growth in three years in the second quarter.

The market consensus in a benchmark Reuters poll last month was for annual growth to drop to 7.9%, which would mark the sixth straight quarter of softening.

They expected growth for 2012 to slide to 8.2%, the smallest expansion in the emerging market giant since 1999 but still above a government target of 7.5%.