How India compares on financial inclusion against other countries

What matters most for households is not opening deposit accounts, but access to credit

The central government’s diktat to open bank accounts for millions of new depositors and give overdrafts to them to push financial inclusion has drawn a lot of flak. But while we may cavil about the choice of method, there’s little doubt that India remains a vastly under-banked country. Also, what matters most for households is not opening deposit accounts, but access to credit. It’s in this regard that India’s track record is abysmal. Its household debt-to-GDP (gross domestic product) ratio, as the accompanying chart 1 from Citi Research shows, is a mere 8.9%, the lowest among its Asian peers. 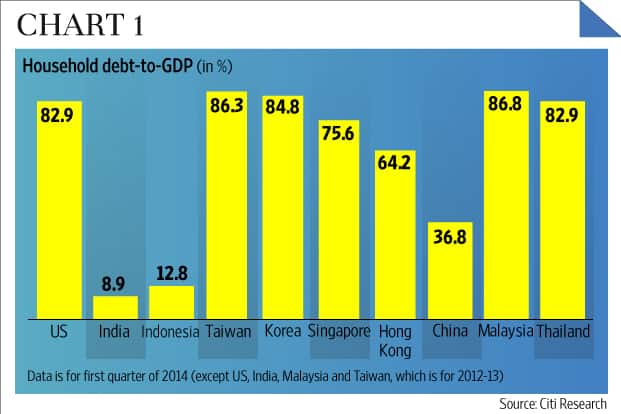 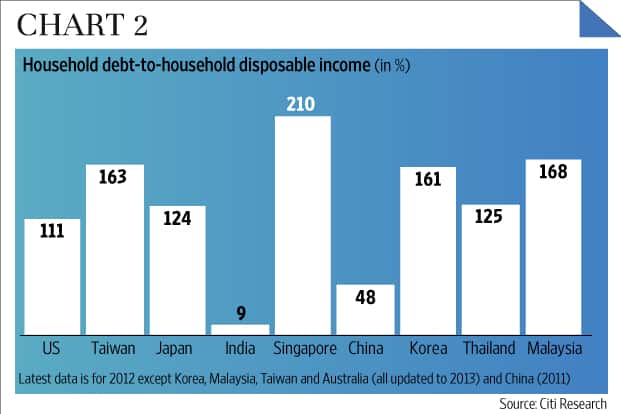