Growth and inflation numbers in most countries remain subdued as can be seen in the charts below. Uncertainty in the global economy continues, and the data from the advanced economies as well as China have largely continued to moderate.

There appears to be some softening in the US economy, despite the strong jobs growth. In light of the global fragility following Brexit, the US Federal Reserve is likely to keep interest rates on hold for the remainder of 2016.

The recovery in the eurozone remains fragile, and industrial production numbers from major eurozone countries had begun to soften even prior to Brexit.

As can be seen from the Marketnomix Composite Index, a sustainable recovery in India remains elusive—growth in industrial production as well as real credit remain particularly weak.

India’s inflation number is one of the highest globally and the recent uptick in CPI inflation will constrain the Reserve Bank of India from lowering the policy rate in the months ahead. The Philippines economy stands out in terms of its growth prospects, which are being driven by strong domestic demand.

From a financial markets perspective, South-east Asian equities have been among the better performers in local currency terms, while the Chinese equity market has performed poorly year to date.

Loose global monetary conditions and consequent capital flows to emerging markets in 2016 have resulted in a decline in yields globally and an appreciation of most emerging Asian currencies against the US dollar, except for a marginal depreciation of the Indian rupee and the Chinese renminbi. The bias for key policy rates, apart from the US, is likely to be to the downside to stable. 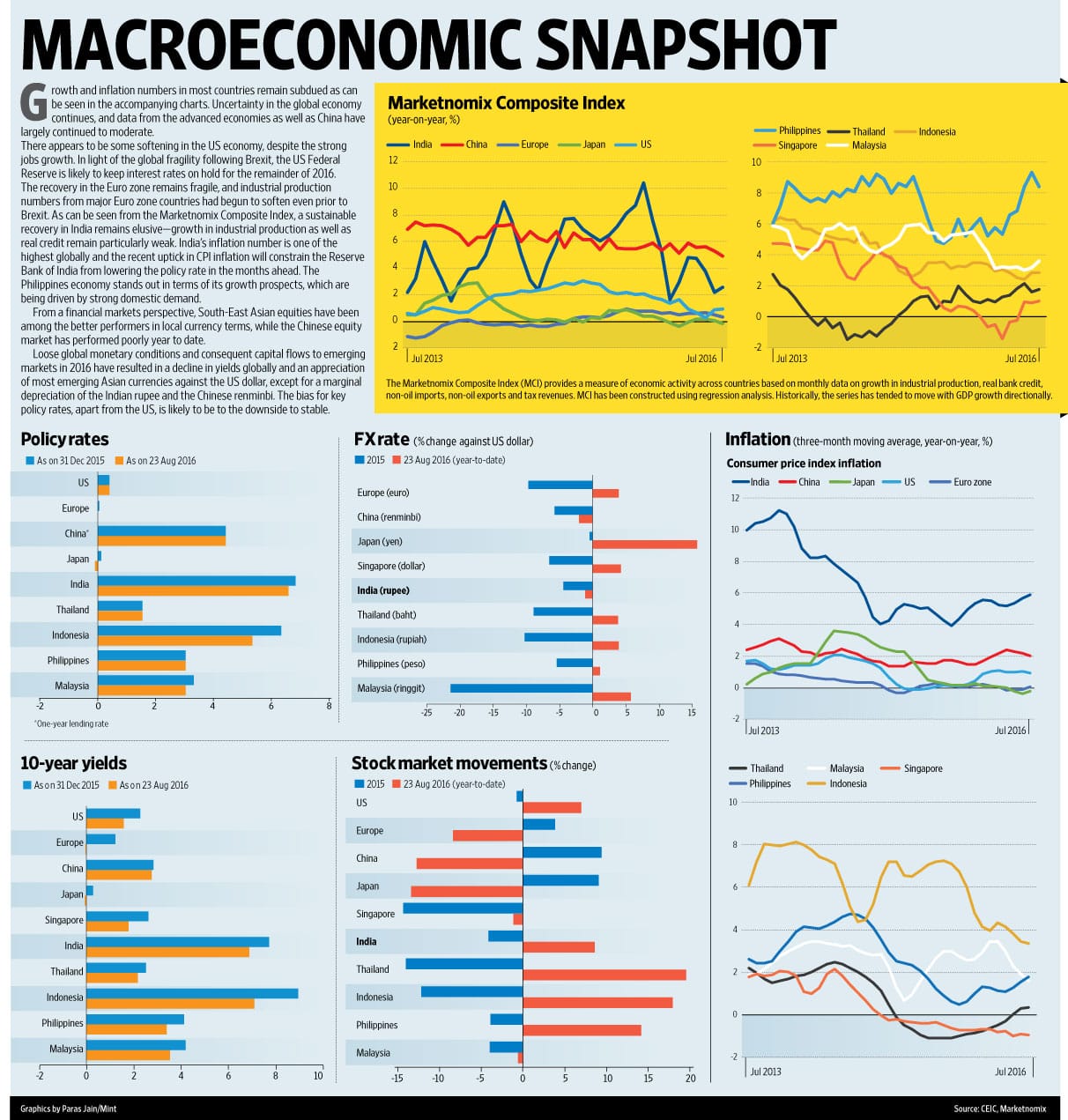