Thanks for Visiting Mint
You seem to have an Ad Blocker on. Please turn it off in order to continue, or whitelist Mint
HOW TO TURN OFF AD BLOCKER
OR
REFRESH IF YOU ALREADY TURNED OFF THE AD BLOCKER
Home >Insurance >News >Picking the right health insurance plans

How do you buy a health insurance plan? If you just settle with the plan your agent sells or are happy knowing you have bought the cheapest plan, there is a bit of unlearning and a lot of learning in store for you. A health insurance policy packs in several features and caveats that you must understand to be able to compare and choose a policy that suits you the best. To help you understand the important features of a health insurance plan and give you a ready comparison, we designed Mint Mediclaim Ratings (MMR), which was developed by SecureNow Insurance Broker Pvt. Ltd. The full ratings along with the methodology can be seen here: http://www.livemint.com/mintmediratings.

In the ratings, for family floater plans, we have considered two sum insured amounts (R10 lakh and R20 lakh) and three age categories in each—where the eldest insured member is 35, 45 or 65 years old. For individual plans, the age categories are the same but the sum assured is R5 lakh.

In this section, we pick a few plans from a particular age group of one category of sum insured, and give you the details of the ratings of each. Every week we also pick one parameter of the rating and explain its importance. This week, let’s look at pre-existing disease.

The rule book defines pre-existing disease as any condition, ailment, injury or related conditions for which the insured person had signs or symptoms, and/or was diagnosed and/or received medical treatment within 48 months before buying the policy.

Such pre-existing ailments are covered after a waiting period of four years. Simply put, if you have or had any ailment in the past four years before you bought a health plan for the first time and were aware of that ailment, it will be considered as a pre-existing disease. Further, the disease or other related conditions will not be covered for the next four years. In the fifth year, the insurer will cover that ailment. Any fresh ailment that you contract after you buy the policy is not a pre-existing disease.

In fact, the waiting period on pre-existing ailments is one of the primary reasons why claims get rejected, because, according to insurers, many claims made in the initial years of buying the policy are on account of pre-existing diseases.

Experts, however, feel this definition is not watertight as the policyholder may have symptoms of a pre-existing disease but may not be aware that they have contracted the disease, or the symptoms may be silent. 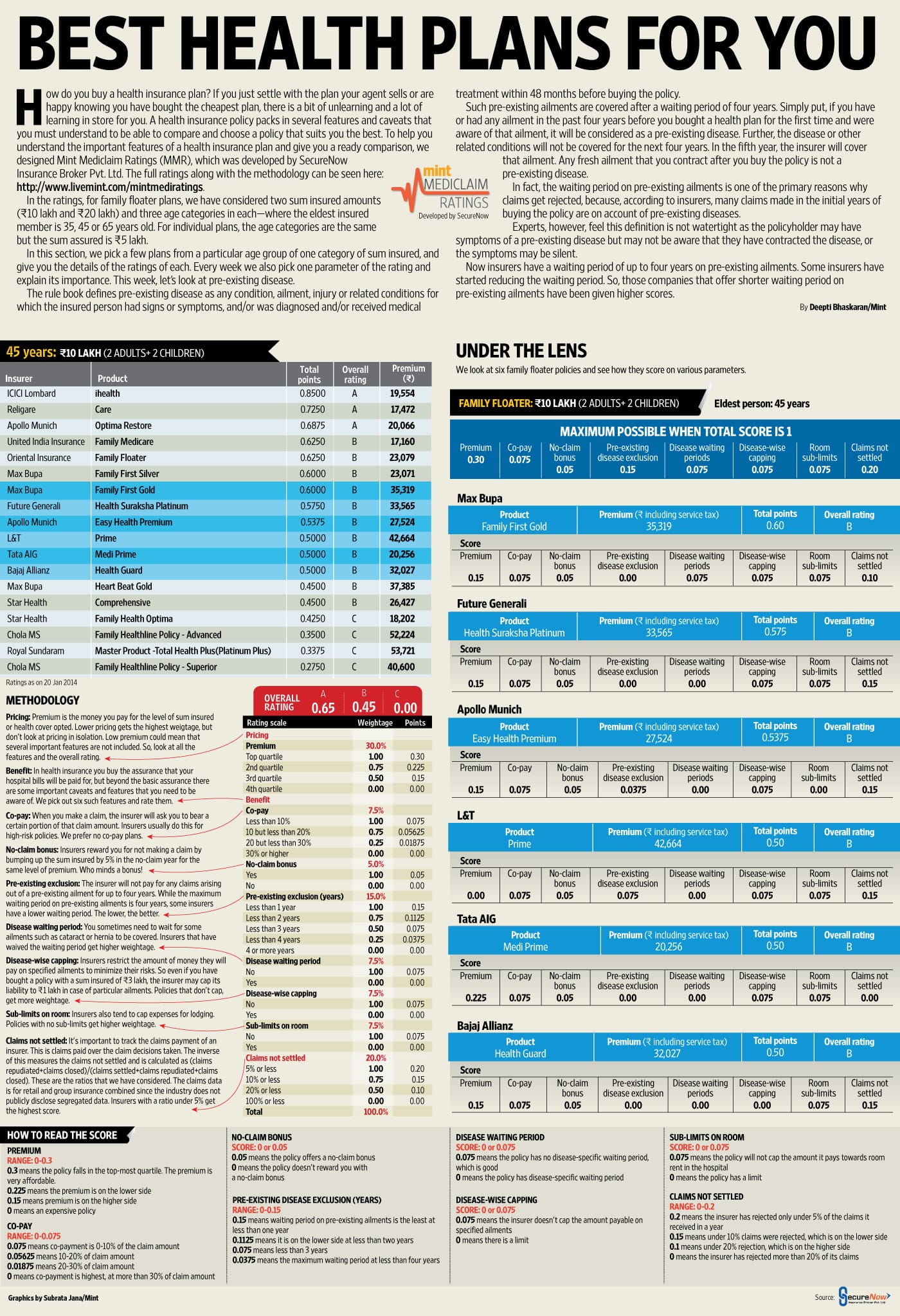