Just like January, February was a highly volatile month. Almost all the BSE sectoral indices ended the month deep in the red

Stocks across the globe continued to remain volatile in February, and as a result, focus shifted to other assets. Slowing global growth continued to affect markets across the world with most of the indices posting losses last month. While the FTSE100 was up by 0.22%, the Nikkei 225 fell by 8.51%. Markets in the Europe fared no better with France’s CAC40 falling by over 1.44% and Deutsche Boerse posting a 3.09%. However, losses were contained on the last day of February as China eased its monetary policy. The central bank in China announced that the reserve requirement ratio would be cut by 0.5 basis points to 16.5%. (One basis point is one-hundredth of a percentage point.)

In the US, markets posted losses for the third consecutive month, albeit marginal. And things seem to be improving in the US economy. Data in February showed that retails sales have improved for the second consecutive month and jobless claims seem to be on a decline. These factors helped limit losses and has increased hopes that the US Federal Reserve might look at hiking rates in the coming months.

Asian markets seem to be picking up too. Singapore’s Straits index was up by 1.42% while Taiwan’s TSEC 50 up by 3.75%. China’s stock market regained strength even though the Shanghai Composite index fell 1.81%. However, in India, it was another negative month for the equity market. The S&P BSE Sensex fell by 7.5%, and the Nifty 50 by 7.6%. Foreign institutional investors (FIIs) sold as much as ₹ 8,000 crore of equities, adding to the volatility. However, domestic institutional investors (DIIs) continue to remain buyers in the equity market, buying shares worth ₹ 5,000 crore. The rupee fell close to 1% against the dollar. The Union Budget, presented on 29 February, turned out to be a volatile day for the markets. Even though the Sensex had fallen by over 600 points intraday, it closed the day with losses of 152 points due to purchases by DIIs.

Just like January, February was a highly volatile month. Almost all the BSE sectoral indices ended the month deep in the red. Power, realty and utilities lost the most. Information technology (IT) stocks continued their downtrend due to disappointing quarterly results and lower growth forecast given by Nasscom. The BSE IT index was down by 8.38% in February. Frequent observations by the US Food and Drug Administration continued to adversely affect pharmaceutical stocks, with the BSE Healthcare index ending the month with losses of 6.73%. Telecom stocks bucked the trend; BSE Telecom index closed the month with gains of 1.86%. This is believed to be mainly on the back of news reports that the liberalisation of 800MHz spectrum might be permitted in circles where prices are not market-determined. 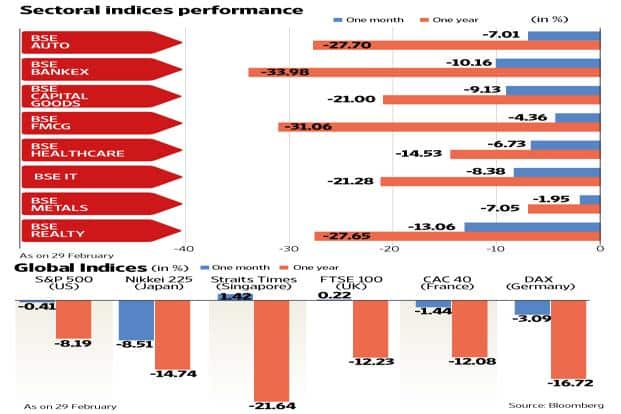 Excess supply in the debt market continued to push yields higher in February. FIIs had turned net sellers during the month selling bonds worth ₹ 8,300 crore. By the end of the month, the 10-year benchmark bond yield had risen to 7.87%. However, yields fell back to 7.6% on Budget day, relieved that the government maintained its fiscal deficit target. Experts believe that an interest rate cut might happen in March ahead of the Reserve Bank of India’s (RBI) policy meet in April. This might help bond yields ease further. 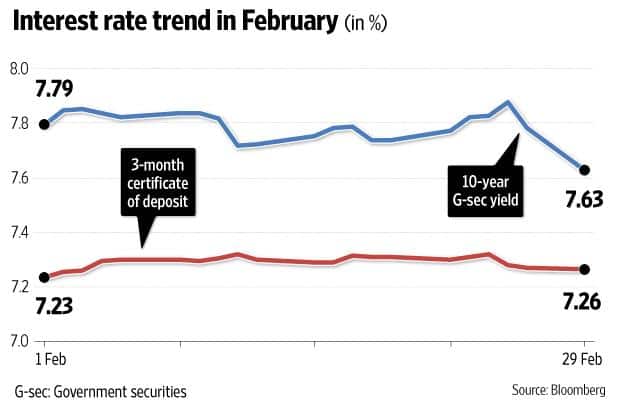 Gold prices in the international market moved up significantly to post gains of 9.78%. Indian gold prices were not far behind. Gold prices on the Multi Commodity Exchange of India Ltd closed with gains of close to 9%. Fall in the rupee against the US dollar continued to help. Expectations of US Fed rate hikes are pushing gold prices higher. Also, the world’s largest gold-backed exchange-traded fund has reached its highest holdings in a year. Crude oil prices continued to move up and closed February with gains of 5%. This was mainly on the back of talks on cutting oil production. The Organization of the Petroleum Exporting Countries continued to hold talks about cutting supply, but there was no consensus. Saudia Arabia has agreed to cooperate on controlling the volatility in oil prices. Any deal signed by oil producers to freeze production would reduce price fall. 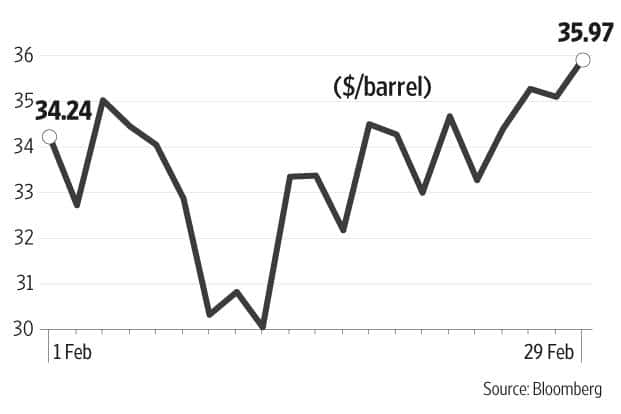 The biggest positive for India is that in the Union Budget 2016-17, the fiscal deficit target was retained at 3.5% of the gross domestic product (GDP). It was widely expected that the fiscal deficit target would be increased given that economic growth seems to be slowing. With the fiscal deficit being retained, it might help RBI cut interest rates, which is expected to bode well for the economy. Another positive point is that recent data shows that Indian manufacturing activity is continuing to expand. The Nikkei India Manufacturing Purchasing Managers’ Index was seen at 51.1 in February. This is the second month the index has remained above the 50 mark. This mark separates growth of the manufacturing sector from contraction. In December, the index had fallen below 50 adding to investor woes. 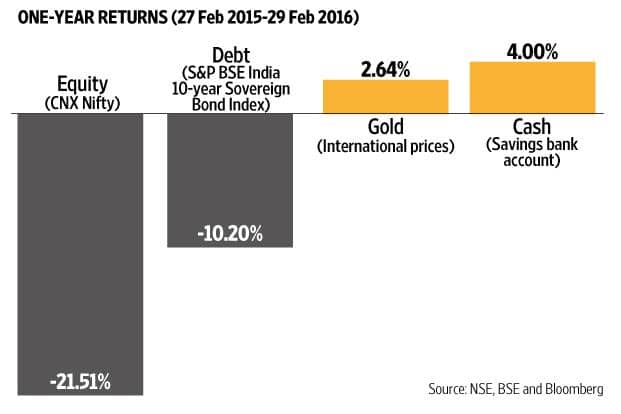 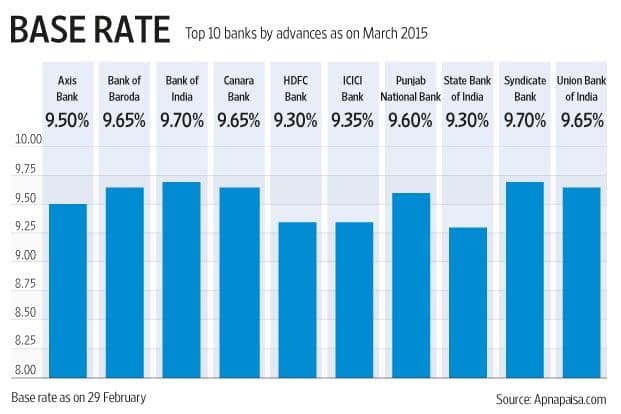 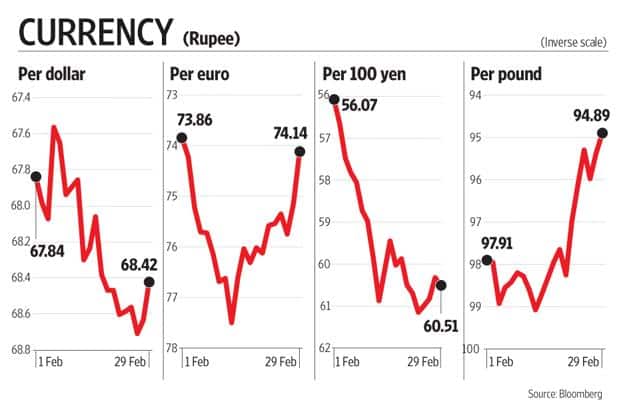