Strong performance from United Phosphorus Ltd’s (UPL) global businesses, including acquisition-led growth, has somewhat compensated for the underperformance in the domestic business in the quarter ended 31 December. 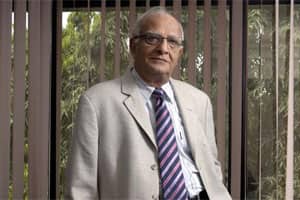 Not surprisingly, the agrochemicals company posted a total consolidated revenue growth of 58% over the same period last year to ₹ 1,930 crore. This growth includes a 19% exchange impact.

Revenue from North America and the rest of world region was strong. Rest of the world region delivered a fantastic 91% growth on account of its Brazilian acquisition —DVA Agro do Brasil Ltda. Revenue growth in the Indian market for the quarter was at 15%, lower than the 25% growth reported in the nine months ended December.

The Indian market is facing problems of adverse weather conditions and demand, which has affected the company’s domestic performance.

However, according to an analyst, UPL’s domestic revenue growth is not that bad, considering the present environment. Moreover, in a conference call with analysts, the management maintains that the domestic business would still see a double-digit growth.

However, net profit came in below Street expectations, increasing at a comparatively slower pace of 34.5% to ₹ 112 crore on account of losses from associate firms (mainly Advanta Group and Sipcam UPL Brazil SA), higher tax outgo and decline in other income (because of lower cash).

For FY12, the company expects revenue growth to be around 35%. Gross revenue has increased by 40% in the nine months ended December.

Considering that, UPL may not find it difficult to achieve its revenue forecast for the year. Investors need to watch out for the firm’s ability to maintain its margins in the future and also the progress of its Brazilian acquisition.