The future of the dollar

The future of the dollar

Cambridge: American economic policy aims for a dollar that is strong at home and competitive abroad. A strong dollar at home means a dollar that retains its purchasing power, thanks to a low rate of inflation. A competitive dollar abroad means that other countries should not implement policies that artificially depress the value of their currencies in order to promote exports and deter imports.

The goal of a strong dollar at home has guided the US Federal serve Re (Fed) at least since Paul Volcker crushed inflation in the early 1980s. Although the US does not have a formal inflation target, financial markets understand that the Fed aims for an inflation rate close to 2%. And, while the law mandates the Fed to ensure sustainable growth as well as low inflation, monetary officials recognize that sustainable growth requires price stability. 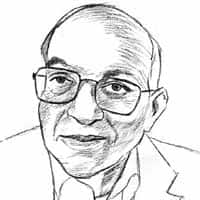 For decades, US treasury officials have insisted that “a strong dollar is good for America". But that slogan has never been a guide to official US action in international markets.

The treasury does not intervene in currency markets to bolster the dollar, and the Fed does not raise interest rates for that purpose. Instead, the US stresses to foreign governments that an effective global trading system requires not only the removal of formal trade barriers, but also the absence of policies aimed at causing currency values that promote large trade surpluses.

In recent years, countries around the world have accumulated very large volumes of foreign exchange, topped by China with more than $2 trillion, but including hundreds of billions of dollars held by Korea, Taiwan, Singapore, India and the oil-producing countries. Most of these funds are now invested in dollar securities. The US dollar is, and will remain, these countries’ major investment currency, reflecting the depth of the US capital market and the relatively favourable outlook for US government policies.

These large foreign exchange reserves are no longer held to buffer temporary trade imbalances. While some of the funds serve that purpose and must be held in the most liquid form, most of these large holdings are investment funds that will be managed to balance risk and return. That means that, over time, these governments will seek to diversify their portfolios, moving away from the current dominance of dollar investments.

The euro is now the primary alternative to the dollar. While the turmoil in Europe and the uncertain future of the euro have caused a pause in the shift from dollars to euros, the rebalancing in favour of euros will resume at some point in the future. Countries with large reserves are now overweight dollars, and their effort to balance risks will cause the value of the euro to rise again relative to the dollar. Several other currencies now have minor shares in those portfolios, and will continue to do so in the future.

The major risk to the sustained role of the dollar is the large and growing US national debt. After varying between 25% and 50% of gross domestic product (GDP) for the past half-century, the recent budget deficits have caused the debt to reach 62% of GDP. The official non-partisan Congressional Budget Office predicts that the policies that now seem most likely could push the debt to 100% of GDP by the end of the decade.

Foreign investors might, therefore, fear that future US administrations will be tempted to reduce the real value of that debt by allowing a higher inflation rate. But that is unlikely, given the Fed’s general anti-inflationary consensus and the very short average maturity—roughly four years—of the national debt. Higher inflation would cause the interest rate on new debt to rise in a way that prevents the erosion of the real value of the total debt.

But foreign investors, who hold nearly half of the US government’s debt now—and are likely to hold an even larger share in the future—could still have reason to worry that the US might someday try to reduce the value of its debt in a way that adversely affects them but not Americans, or that affects all debt holders but relieves the foreign-debt burden on American taxpayers. This need not mean outright default; a plan to repay principal and interest with low-interest securities rather than cash—or to withhold income tax on interest earned from government bonds, crediting those taxes against the obligations of American taxpayers—would achieve the same result.

While such policies are extremely unlikely, a fear of such possibilities could cause foreign investors to shun the dollar. The current policies and those proposed in the government’s recent budget would cause the national debt to rise rapidly, but those policies are not inevitable. The best protection of the dollar’s future role—and of the health of the US economy—will be policies that reduce the growth of the national debt.

Martin Feldstein, a professor of economics at Harvard University, was chairman of former US president Ronald Reagan’s Council of Economic Advisors, and is a former president of the National Bureau for Economic Research

The columns that appear in this issue were commissioned to be delivered by 19 October.