The Jungle Book movie may be pulling crowds into theatres, but that alone may not set the cash registers ringing at Inox Leisure Ltd.

Its shares have shed 2.8% since it announced its March quarter results last week, a little more than the 2.4% decline seen in the broader markets.

Lower-than-expected advertising revenue and higher operating costs pulled down its performance in the March quarter. 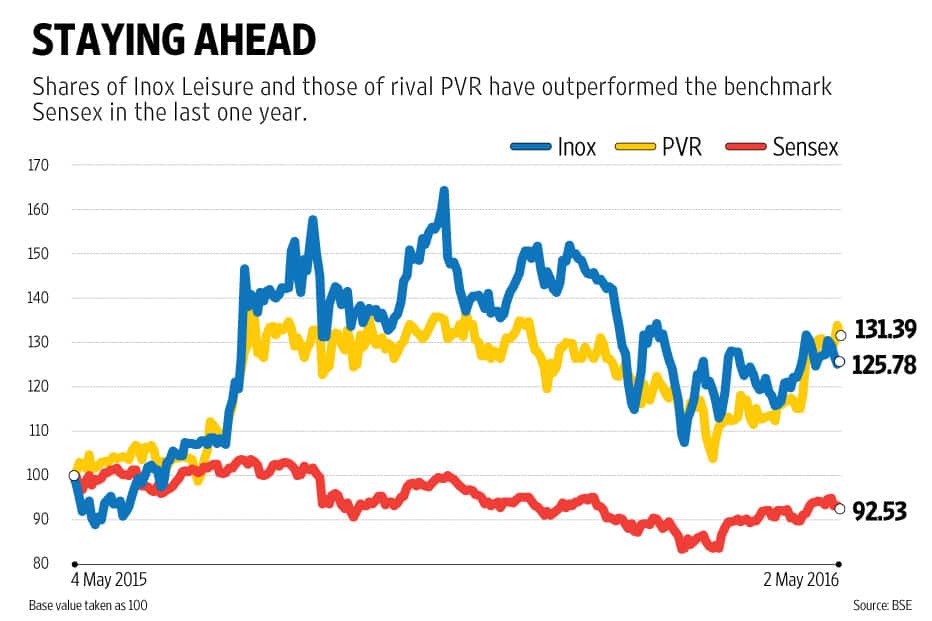 Advertising revenue, important because it yields higher margins, has been lacklustre for two quarters in a row.

Advertising revenue in the March quarter declined by 2% over a year ago, even as the 2% increase in the December quarter was not impressive either.

At the Ebitda level, operating costs such as other expenses and the cost of food and beverages increased at a much faster pace, leading to a below-expectation performance.

Ebitda stands for earnings before interest, taxes, depreciation and amortization.

Higher depreciation costs ate into operating profit, resulting in a pre-tax loss of ₹ 10 crore. However, a higher tax write-back helped the company report a net profit of ₹ 16 crore, compared with a net loss of ₹ 4 crore in the March 2015 quarter.

Footfalls were stronger during the March quarter and the occupancy rate improved, too. In addition, Inox’s average ticket price increased by 6% to ₹ 167.

It intends to add 89 additional screens during FY17, leading to 509 screens by the year end. New screen additions will help in fetching incremental revenues.

Cinema exhibitors’ shares have performed well on the bourses as films have done well at the box office.

Shares of Inox and those of rival PVR Ltd have outperformed the benchmark Sensex in the last one year.

The content pipeline remains healthy. At Inox, however, the main factor investors will watch for is an uptrend in advertising revenue.

According to ICICI Securities Ltd, “Inox’s ad revenues per screen are 40-50% of that of market leader PVR and, thus, have a huge scope of improvement."

If Inox can pull it off, it may be able to narrow the valuation gap with PVR.