The problem with pulses in three charts

A combination of high production and huge imports broke the back of the price rise in pulses, which in turn seems to have also broken the back of farmers

Farmers are fuming about the fall in the price of pulses. Chart 1 shows the reason. Wholesale prices of pulses in May 2017 were lower by almost one-fifth from a year ago. But look a bit more carefully at the chart and you will see that in May 2016, pulse prices were up an extraordinary 31%. And if you go back a year further, to May 2015, the chart shows pulse prices were up 22%. 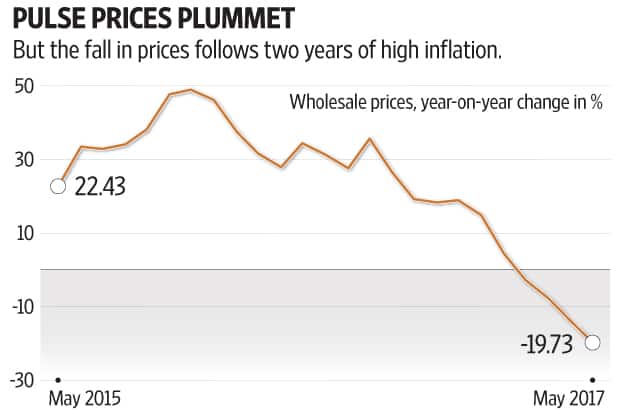 So why are the prices of pulses down this year?

The answer: a supply glut.

Chart 2 shows the annual production of pulses. After falling for two consecutive years since 2013-14, farmers boosted production, thanks to a host of government incentives and promises, and a good monsoon. The upshot: a 37% rise in output in 2016-17. 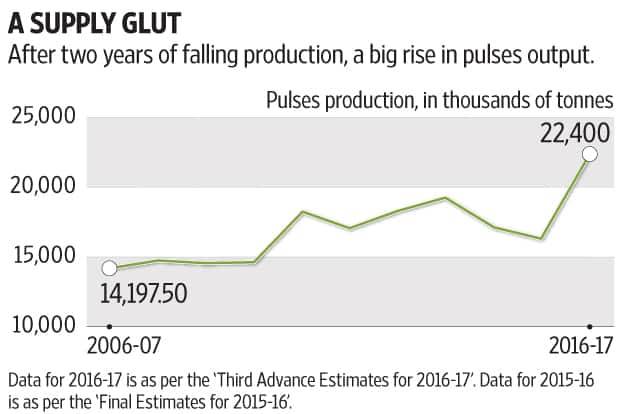 But the government wasn’t leaving pulses prices to the vagaries of the monsoon. It had faced plenty of criticism about the soaring price of pulses last year and was determined to bring down prices. That is why it imported a huge amount of pulses (see chart 3). 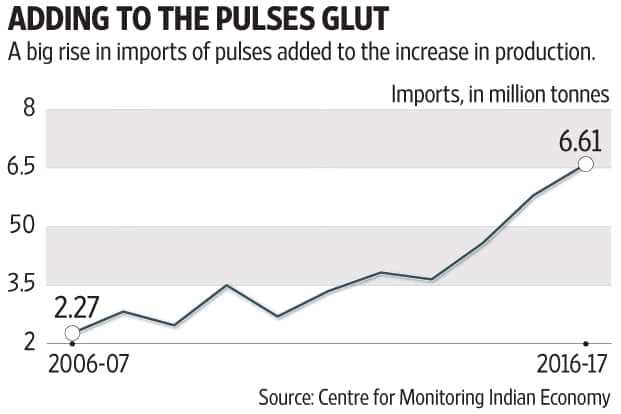 This combination of high production and huge imports broke the back of the price rise in pulses. Unfortunately, it seems to have also broken the back of farmers.