Not yet smooth sailing for Shipping Corp

Not yet smooth sailing for Shipping Corp

Last week, Shipping Corp. of India Ltd (SCI) increased freight rates on the Indian subcontinent to Europe and Mediterranean trade routes “to meet the overall operation costs" from 1 July. Since then, the SCI stock has gone up sharply, much more than the improvement in the Sensex.

How bad is the situation? Consider this. In fiscal 2012, the company posted a loss of ₹ 428 crore against a net profit of ₹ 567 crore in the previous fiscal. Apart from the weak operating performance, SCI’s profitability last year was also affected on account of massive finance costs. As on 31 March, the company’s long-term borrowings stood at ₹ 5,525 crore, representing a 36% increase from a year ago. Higher interest costs along with higher depreciation are expected to affect the company’s financials going forward as well. 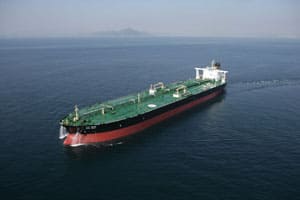 In an interview to CNBC-TV18 news channel, SCI chairman and managing director S. Hajara said that, at the moment, container operators all over the world are maintaining some discipline and trying to rationalize the sales of their slot capacities. “In the coming months, we will be able to again increase the rate to some extent because even this hike of $200 (around ₹ 11,160 today) per teu (twenty-foot equivalent), in our opinion, is just not enough, even though the bunker cost has come down to prevail at $570 from $750," said Hajara.

Investors can look forward to some relief due to this rate increase and the SCI stock seems to reflecting that optimism. But still, analysts expect the company to post a loss at the net level this fiscal as well. In the last one year, the SCI stock has sharply underperformed the BSE-500 index. Given the weakness in the global economy, at present, there are hardly any strong factors for that trend to change.